Giant Can of Coke Pops Up in Iran 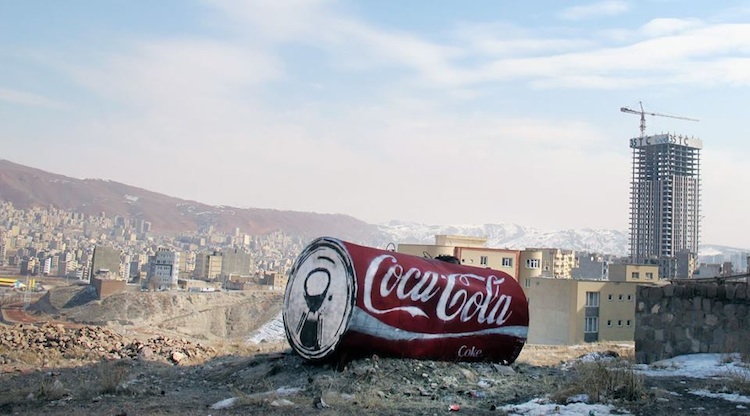 Though seeing a giant can of Coke in the middle of a dirt field seems interesting enough, when you find out what the meaning is behind it, the piece becomes even more intriguing. According to Juxtapoz, the artist duo behind it, Icy and Sot “decided after their president Mahmoud Ahmadinejad declared a ban on key American companies including Coca-Cola, that they were going to import and create their own.” Also included on that blacklist is IBM, Intel and Nestle.

Icy and Sot create works around such topics as peace, war, love, hate, hope, despair, and the Iranian culture. 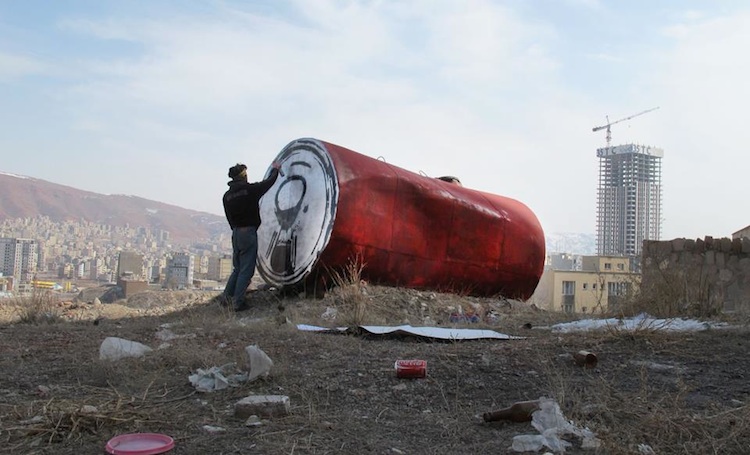