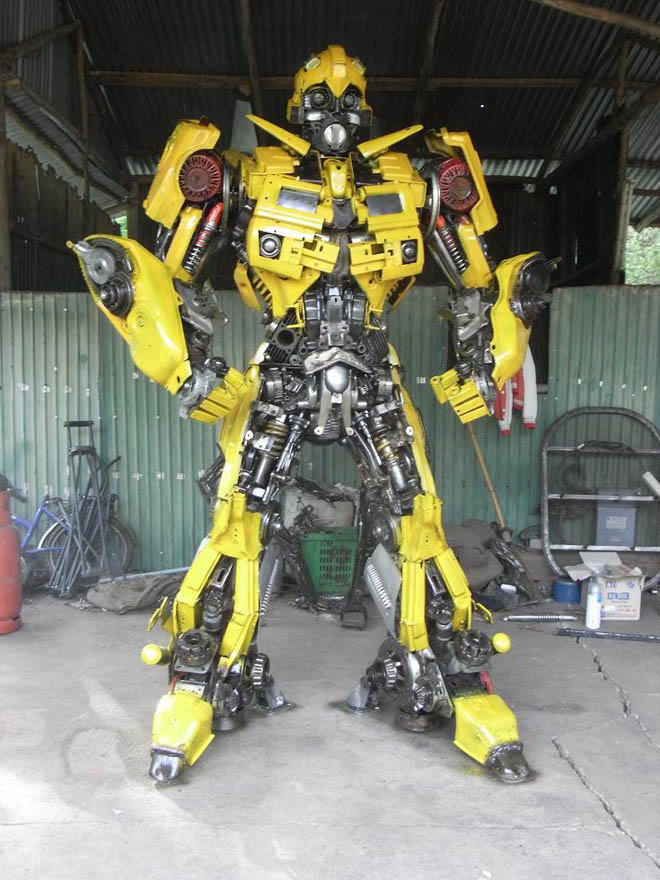 What better way to get pumped about this summer's new Transformers 3 movie than with a giant Autobot! Thailand-based artist Anchalee Saengtai is the mastermind behind this 19 foot tall Optimus Prime. She created him entirely out of spare automobile and truck parts. Saengtal also made 8 foot versions of Optimus Prime and Bumblebee. Lucky for us, her Autobots will be traveling the world with Ripley's Believe It or Not!

“These car-part Transformers are the most amazing things we've ever found,” Ripley Entertainment exec Edward Meyer said in a statement. “Anchalee and her team can build them to specification from recycled junk cars using only the simplest of tools.” The Transformers sculptures will be held at the Ripley Odditoriums in New York City, London, Myrtle Beach, South Carolina, and Jeju Island, South Korea. Two of the Autobots are slated to arrive at the one in Hollywood later in the year. The movie is set to release June 29. 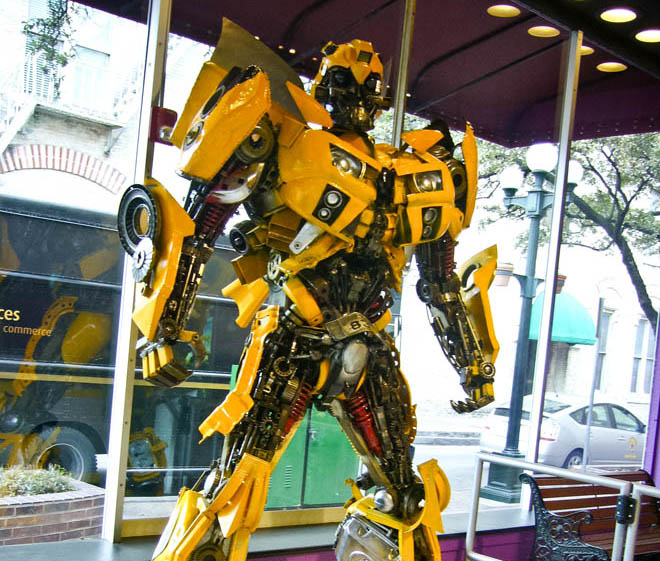 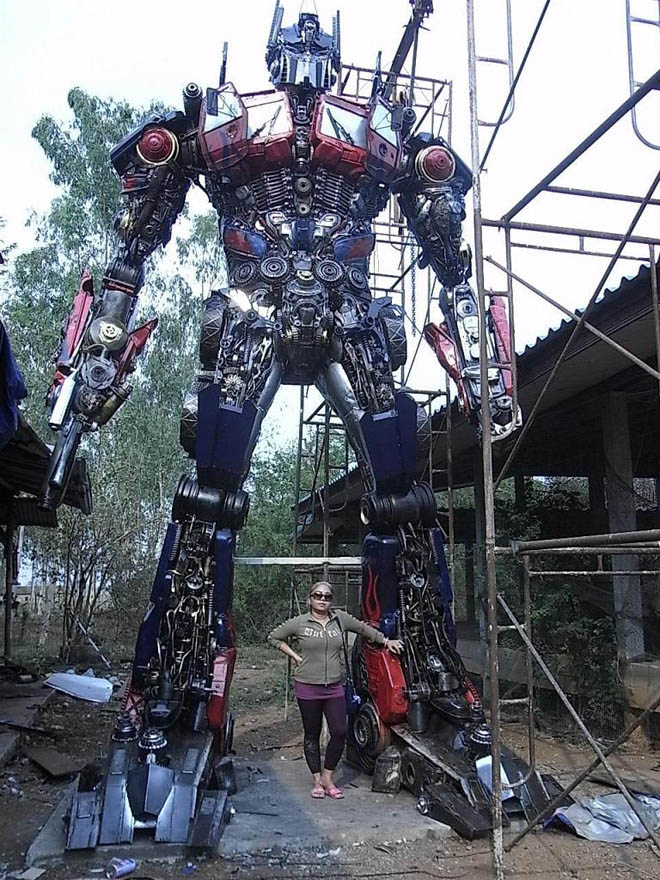 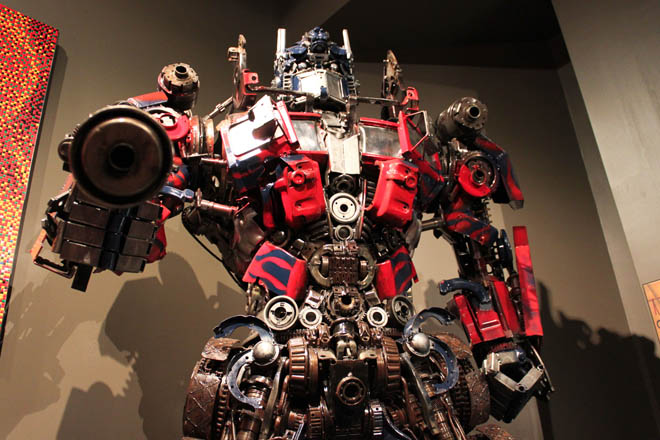