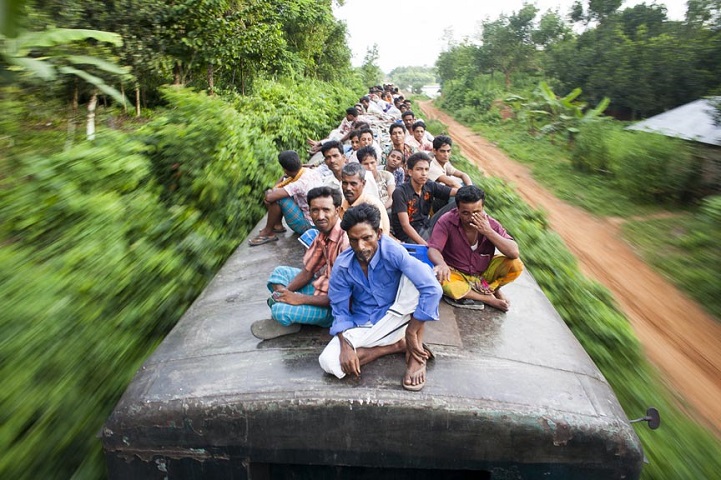 It's easy to complain about the morning commute, but when we take a second to consider how some citizens risk their lives to get to work, it can be incredibly eye-opening and humbling. In a series titled Nothing To Hold On To, Bangladeshi photographer GMB Akash communicates the reality of the situation for thousands of low-wage working class citizens who cannot afford the train fare to their jobs, and instead opt to “train hop.” Clinging to the exterior of the train or perching precariously on its roof for hundreds of miles, this is a high-risk form of travel that claims thousands of lives each year.

Through his travels, Akash was drawn to the stories of the local citizens who would risk a fatal accident just to evade the train fare. “When the train starts,” Akash says, “your feet will shake and automatically you will try to hold something, but there is nothing to hold on to.” Yet, many take this risk because they cannot afford to do otherwise. For example, the young fisherman pictured below is able to escape a 60 taka (0.55GBP) fare by opting to ride the roof. When compared to his maximum daily intake, which would be around 120 taka (1.10GBP), it becomes clear that the cost of travel would wind up taking a substantial portion of his earnings, making it almost impossible for the young man to survive–it's a bit of a catch-22.

In order for Akash to authentically capture the incredible risks these men, women, and children take each day, he accompanied his subjects on their perilous journeys. “Many times wires hit me and I'd say to myself I should not go any more. But each time I couldn't resist,” he tells Feature Shoot. His vivid photo series provides a glimpse into the perspectives of these people who remain positive and determined despite the relentless obstacles they face each and every day. 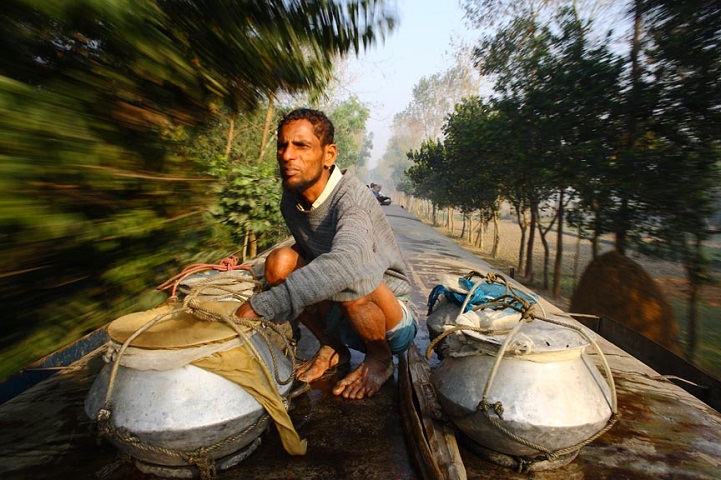 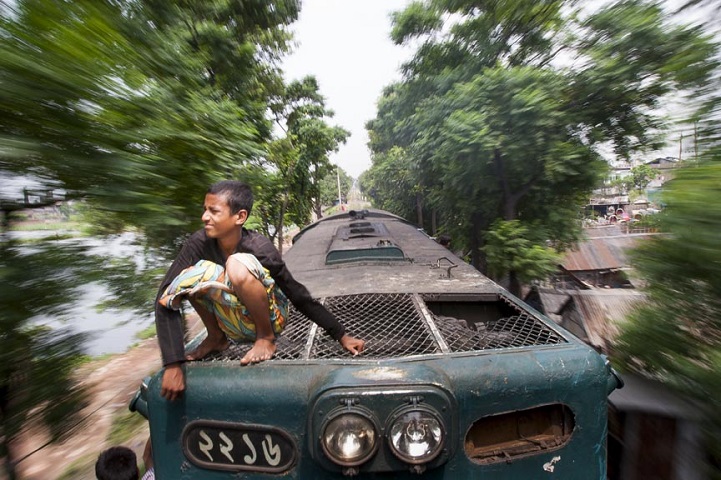 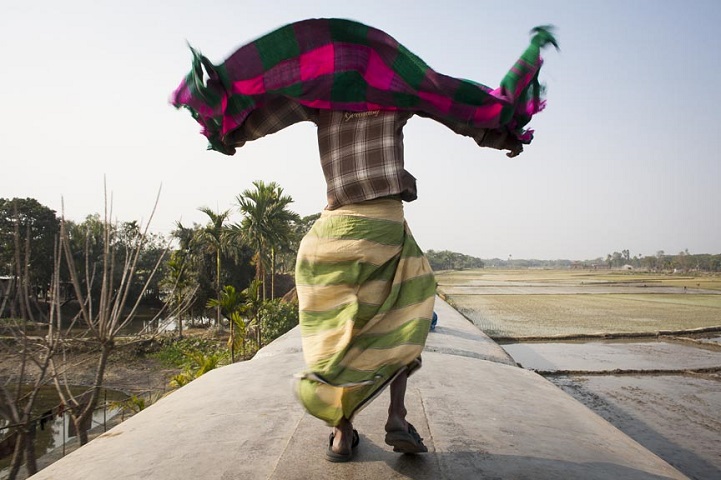 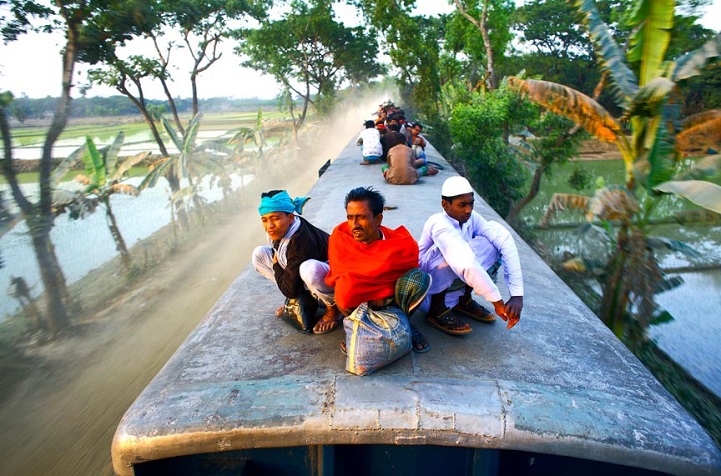 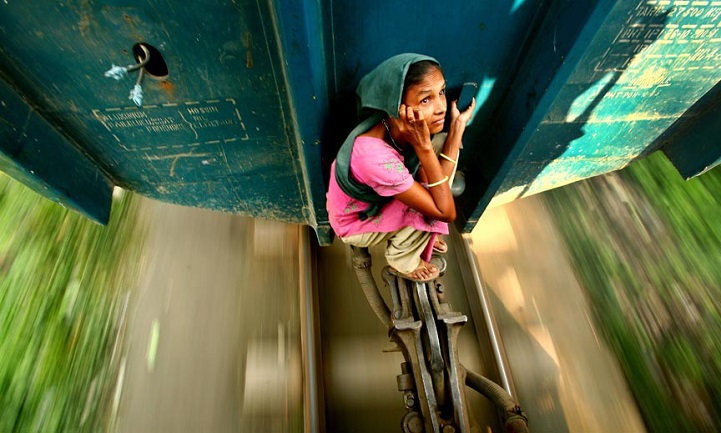 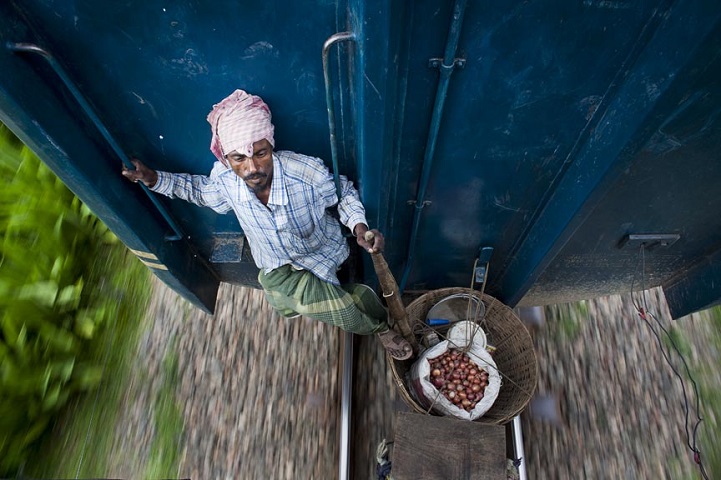 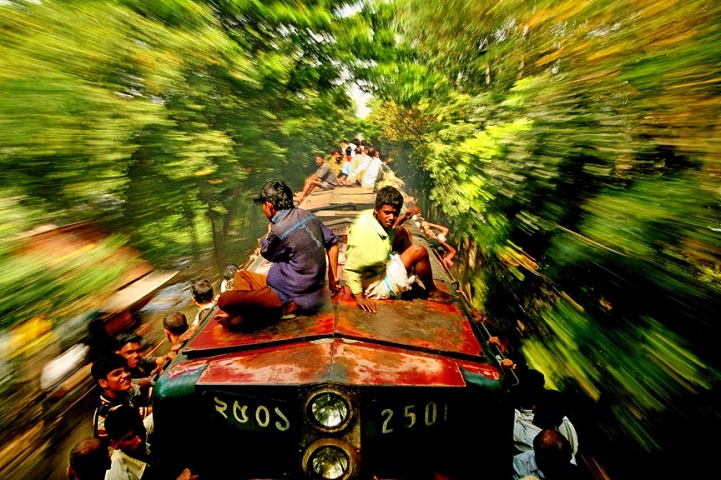 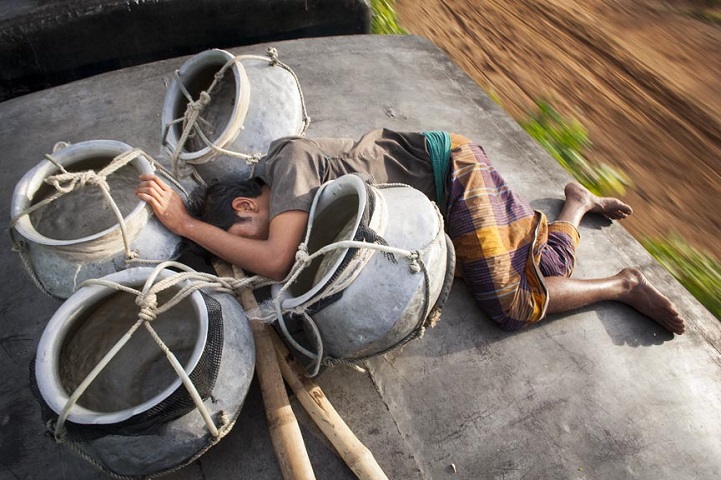 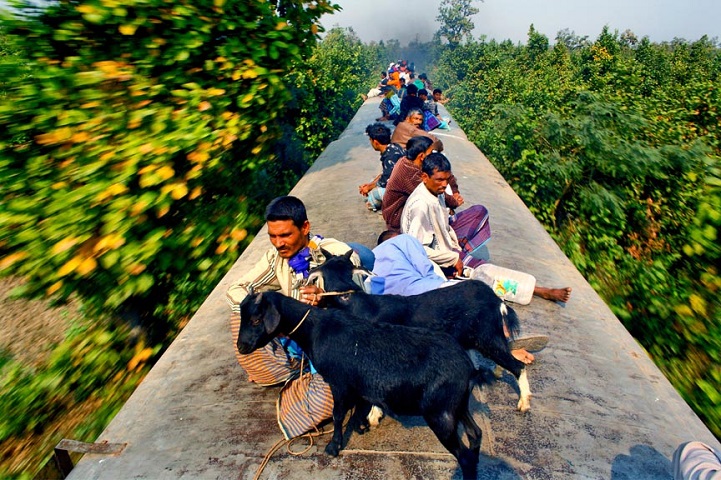