Good Virus: Documentary on How Kindness is Contagious 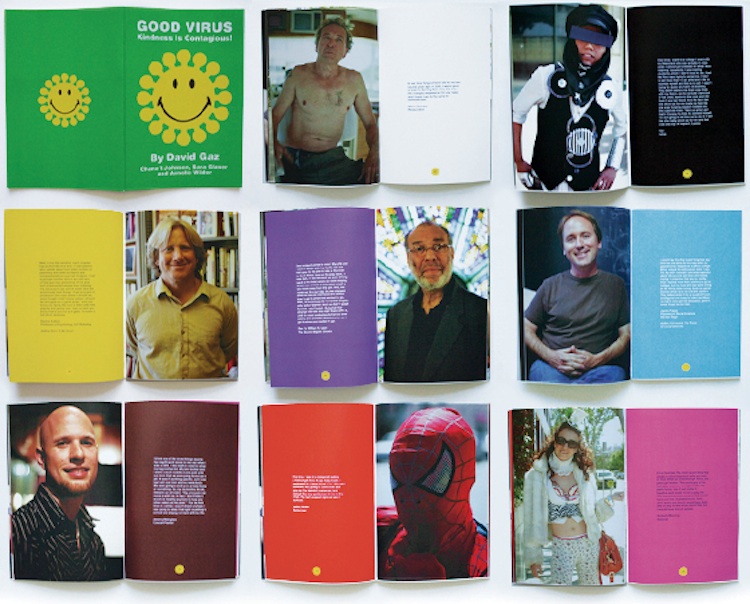 When was the last time someone did something nice for you? Do you remember it? Did you try to “pass it on”? Producer and director David Gaz recently reached out to us to tell us about a new documentary he's working on called Good Virus. It's a film about, well, being nice.

“Good Virus profiles bleeding-edge scientists and authors from UC Berkeley, Harvard and everywhere in between as well as real life people whose lives illustrate their incredible discovery: That kindness IS contagious. Street performers, soup kitchen volunteers, police officers, models, CEOs, baseball players, roller girls, concert pianists, artists, and many more tell you their heartfelt stories of kindness and generosity. The shocking conclusion is that nice guys do indeed finish first! Learn how a little generosity can help you live a happier, healthier, wealthier, longer and more fulfilling life.”

Good Virus has already been filmed, edited and is currently being submitted to film festivals. They're raising money through Kickstarter to cover the cost of finishing the film which includes final sound mix, the music mix and color correction.

In addition, they also have a book of portraits that feature some of the 200+ people they interviewed for the film (see above). They asked the same question to each person: “What is the nicest thing that anyone has done for you?”

Now, watch the movie's trailer, below.