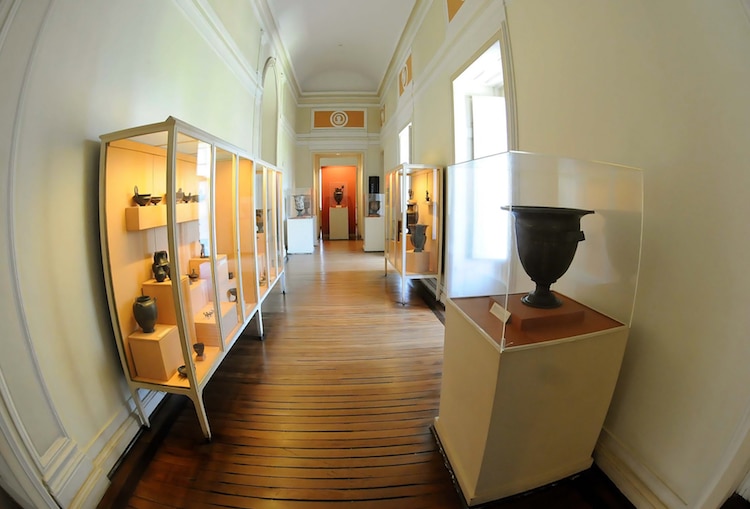 Earlier this year, 20 million irreplaceable artifacts housed by Brazil's National Museum were lost in a fire. As the museum did not have a platform for viewing most of these works digitally, many people feared that their memory would be lost forever. However, thanks to a two-year-old project spearheaded by Google, a lucky selection of these priceless pieces will live a second life online.

In 2016, Google Arts & Culture teamed up with the Museu Nacional in an effort to digitize its collections. Using Street View imagery, the initial goal of this undertaking was “to bring their collection online—so that anyone, anywhere in the world could see and learn about these ancient artifacts.” Since the fire, however, this project has served a much greater purpose.

With a couple clicks of a mouse, users are transported to the museum as it once stood. Featuring high-resolution photographs that offer 360-degree views of both the artifacts and the galleries they once inhabited, this invaluable project lets users wander through the lost museum and wade through some of its destroyed objects. Ancient sculptures, scientific specimens, and Luzia, the oldest fossilized human remains found in the Americas, are just some of the pieces immortalized in this virtual treasure trove.

While nothing can fully fix the damage that has been done, this project offers both hope for the future and a way to memorialize the past. “Advances in technology—like high-resolution photography, photogrammetry, 3D laser scanning, and virtual and augmented reality—have not only introduced new forms of art, but help us preserve the world's most precious heritage,” Chance Coughenour, the Program Manager of Google Arts & Culture writes in a Google Blog post. “Even though images cannot replace what has been lost, they offer us a way to remember.”

To take a virtual tour of the museum, visit the Google Arts & Culture website.

Learn more about this digitization project by Google Arts & Culture below.