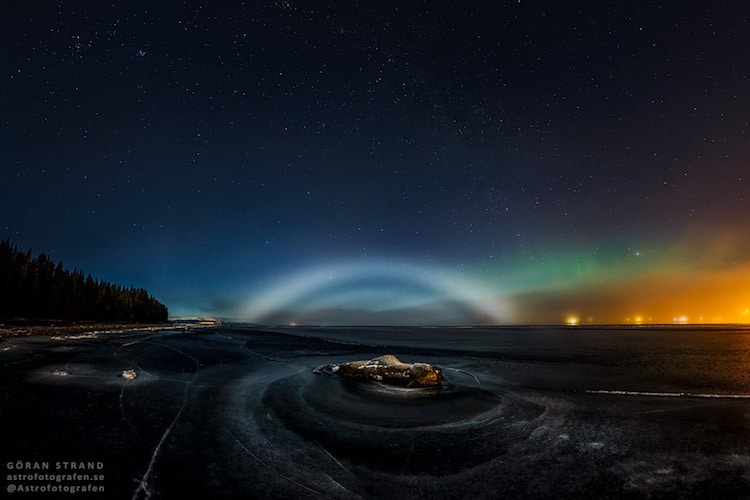 Swedish photographer Göran Strand recently fulfilled a dream by capturing an elusive shot of a lunar fog bow. Often called a white rainbow, a fog bow is similar to a rainbow, but with very weak colors due to the fact that the water droplets are far smaller. Faint reds on the outside and blues on the inside are the only traces of color in this ghostly apparition. Just as a rainbow is located opposite the sun, a fog bow is positioned opposite the moon. Its height then correlates to the height of the moon, making for a spectacular vision against the night sky.

“The lunar fog bow was on my bucket list for its rareness and from the photos I've seen of it,” Strand shares with us in an email. “It looked to be an exciting phenomena to see with your own eyes. I would say that from when I saw the fog bow until it disappeared, it was only a few minutes, hard to tell but perhaps four to five minutes.” The final shot is made all the more special by the naturally vibrant Northern Lights dancing in the same sky.

Specializing in astrophotography, Strand’s work has been featured in a Coldplay music video and even published as stamps in Sweden. From colorful images of the the Northern Lights to solar halos, he’s shot a wide variety of rare weather conditions, but the fog bow has always eluded him.

Scroll on for more of Strand’s images, which celebrate the beauty of what nature can create. 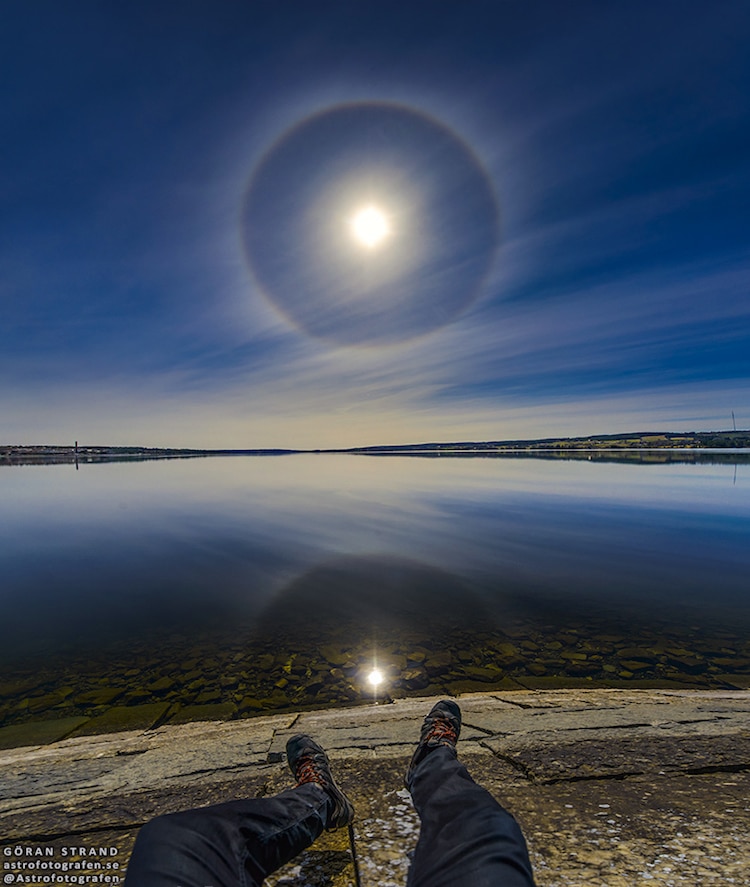 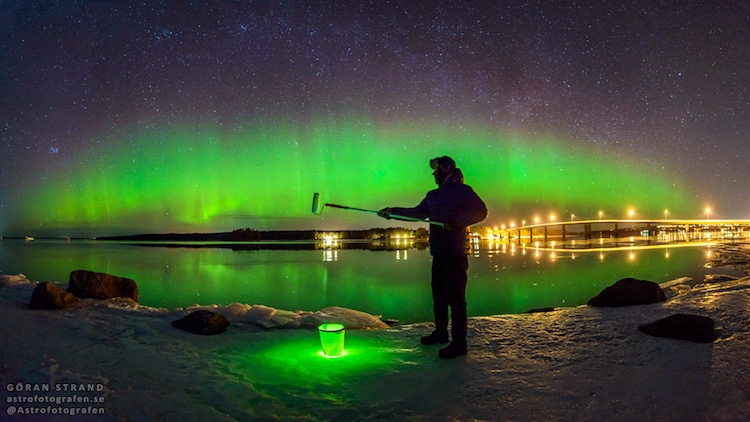 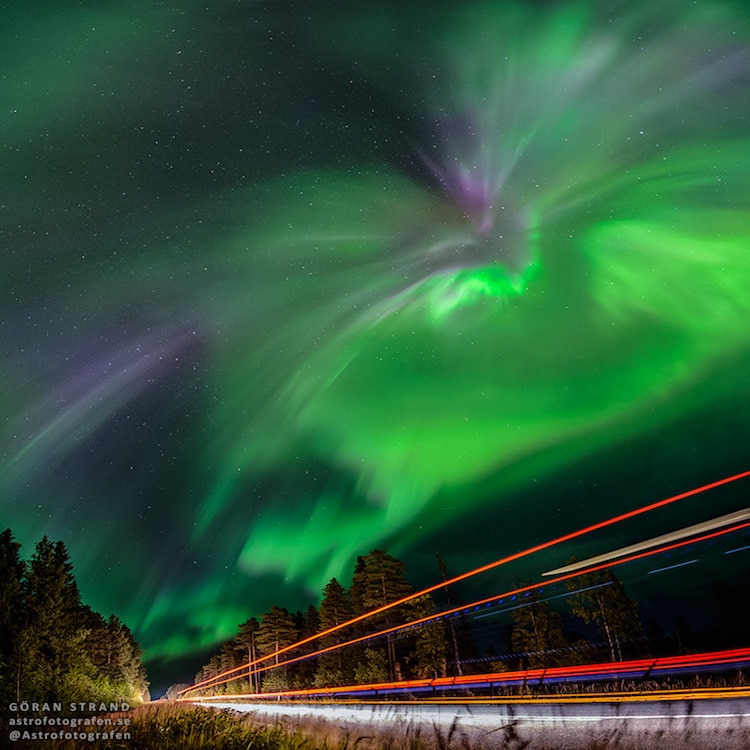 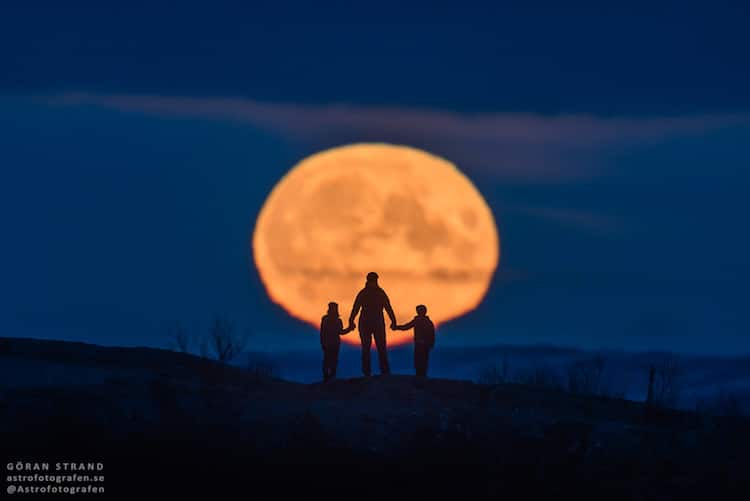 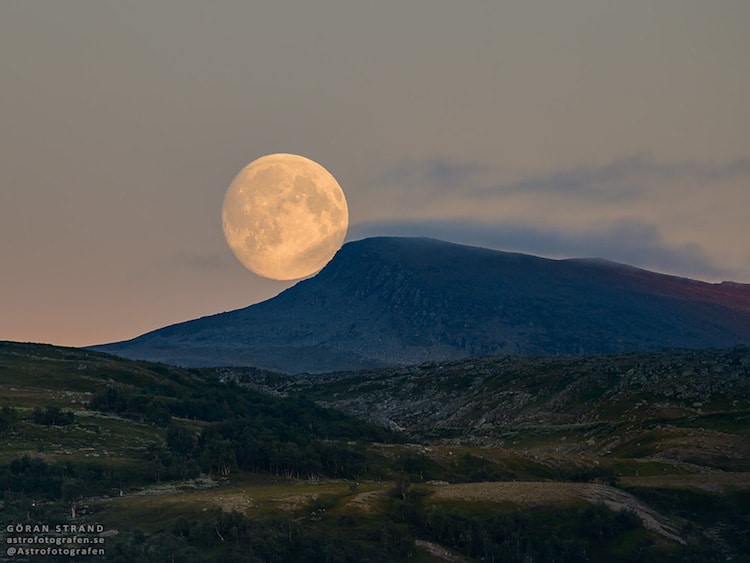 My Modern Met given permission to publish photos by Göran Strand.