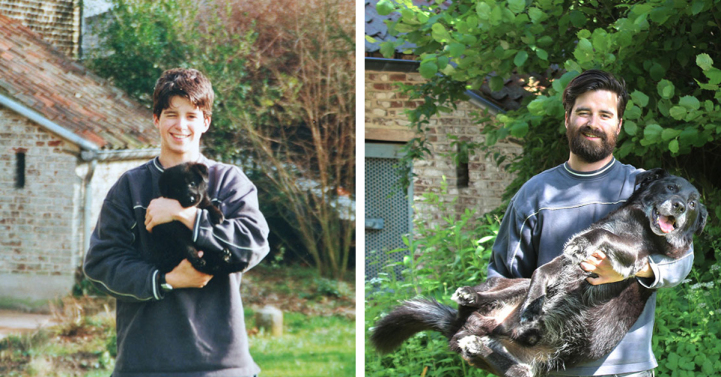 Gordon Delacroix (aka Gordondel) and his dog Birdy have shared all sorts of adventures in their fifteen years together. As lead singer of a band called Recorders, Delacroix has welcomed the furry friend into his recording studio and even given him a starring role in a music video. They’ve stayed close companions from one season to the next, whether side by side on sledding trips or soaking up the sun at the beach. Along with many warm memories, a series of three photos shared on Reddit commemorates their bond for posterity: one taken back when Birdy was a puppy fifteen years ago, one taken ten years later, and one taken just last week.

Delacroix explained the inspirational spark for the sweet and silly series to ABC News: “Five years ago I was just going through old pictures and stumbled upon that one, I checked in my wardrobe and (embarrassingly) the same sweater was still just sitting there so I thought why not redo the picture? The one I took yesterday was mostly because I thought people might enjoy it or find it interesting; it's also a great memory to have of my best pal!” The sweater isn’t the only component that remained identical from one shot to the next—the pair even posed each time in the same position in front of the same house, which was originally Delacroix’s grandmother’s, though it now belongs to different owners.

The newest photo is particularly bittersweet: Birdy’s energy has been fading lately, and he’s been tested for a possible cancer diagnosis. The four-pawed pal and his human companion may not be together forever, but their bond defies age and time—adorable evidence that dogs really are a man’s best friend. 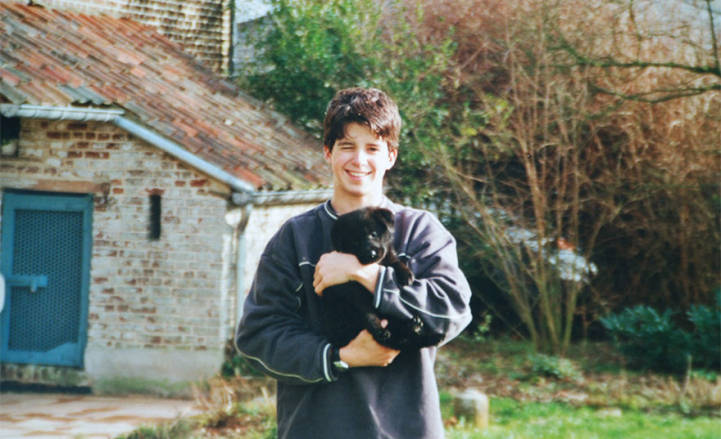 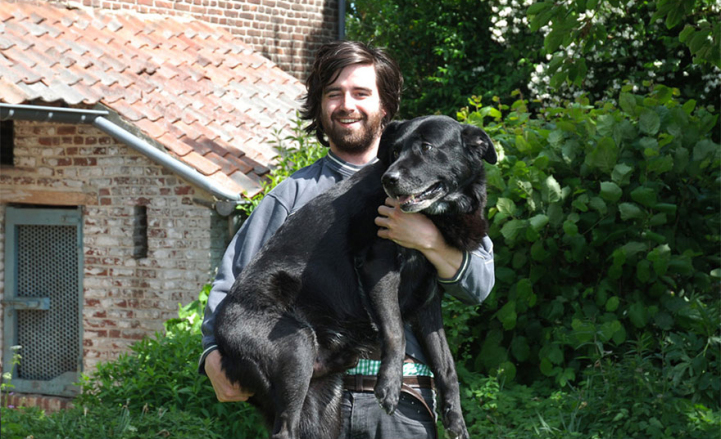 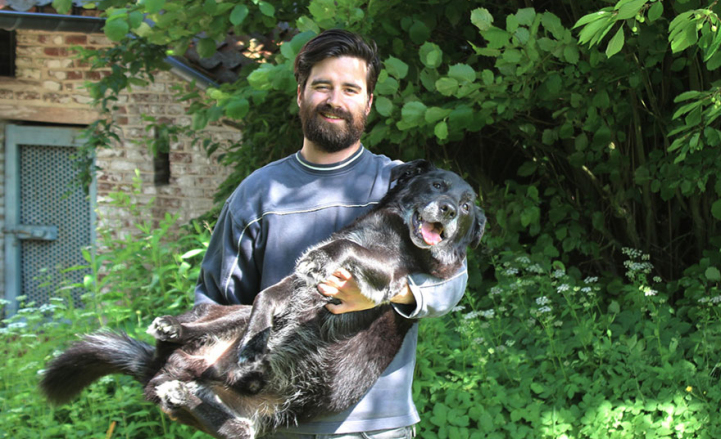 All images via Gordon Delacroix.