While the Gothic style can vary according to location, age, and type of building, it is often characterized by 5 key architectural elements: large stained glass windows, pointed arches, ribbed vaults, flying buttresses, and ornate decoration.

While stained glass windows are found in many places of worship, they are particularly prevalent in Gothic cathedrals. Featuring meticulously cut colored glass, these kaleidoscopic windows—which are typically either tall and arched ‘lancet' windows or round ‘rose' windows—are larger than those found in other types of churches. This allowed them to let in more dazzling light. 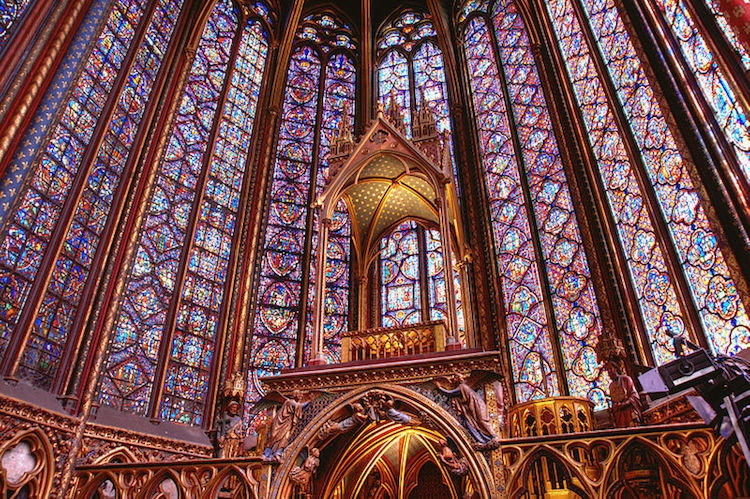 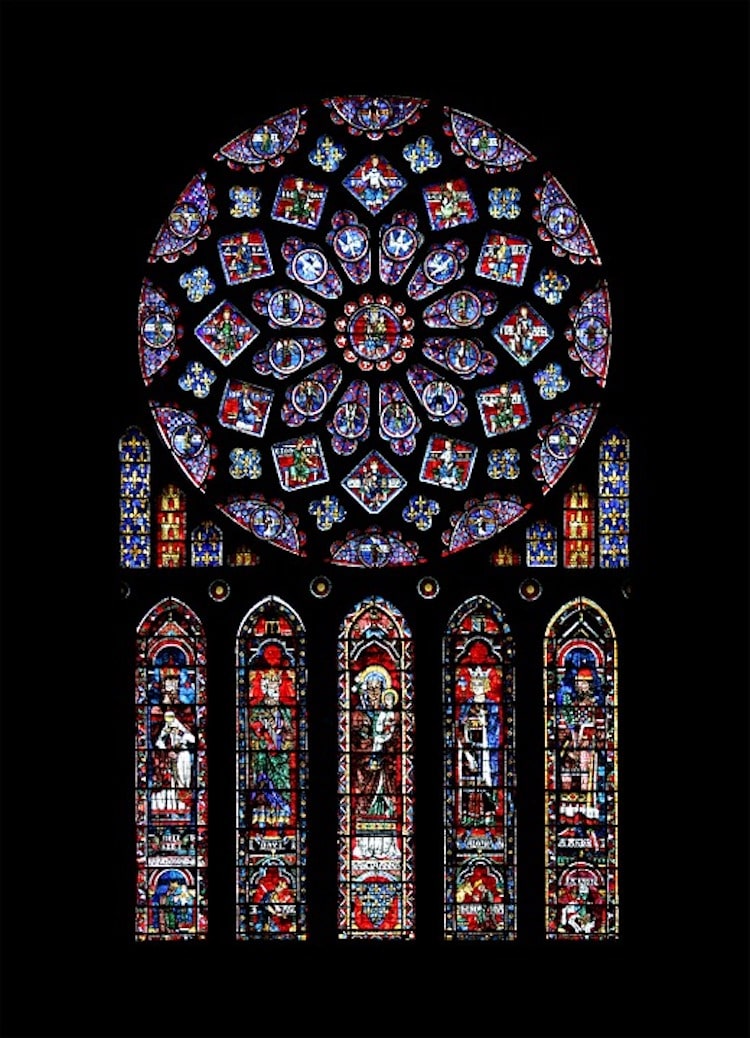 A primary feature of many religious structures, ample archways can be found in most Gothic churches and cathedrals. Rather than the wide, rounded arches characteristic of Romanesque buildings, however, architects working in the Gothic style adapted the tall, thin pointed arches found in Islamic architecture. 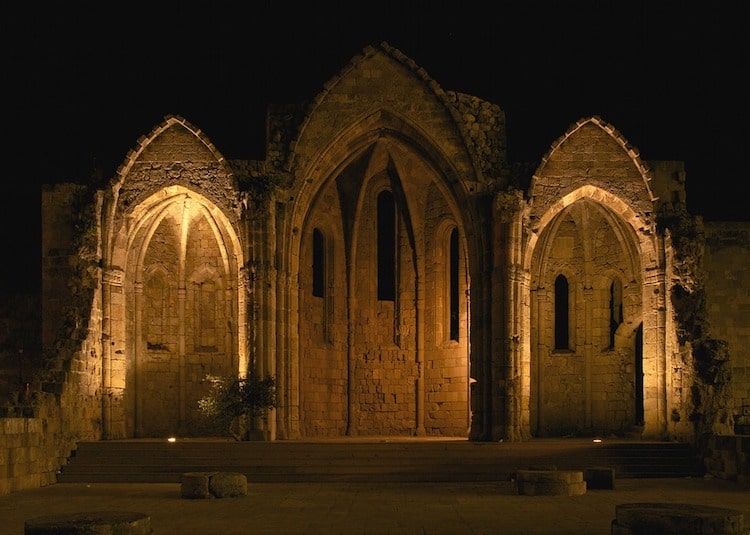 This silhouette accentuated each cathedral's height, symbolically pointed toward the sky, and accommodated similarly-shaped vaulting.

In order to incorporate higher ceilings and taller windows into their designs, Gothic architects utilized a new method of structural support called ribbed vaulting. Ribbed vaulting involves the use of intersecting barrel vaults—arches placed parallel to one another in order to support a rounded roof. 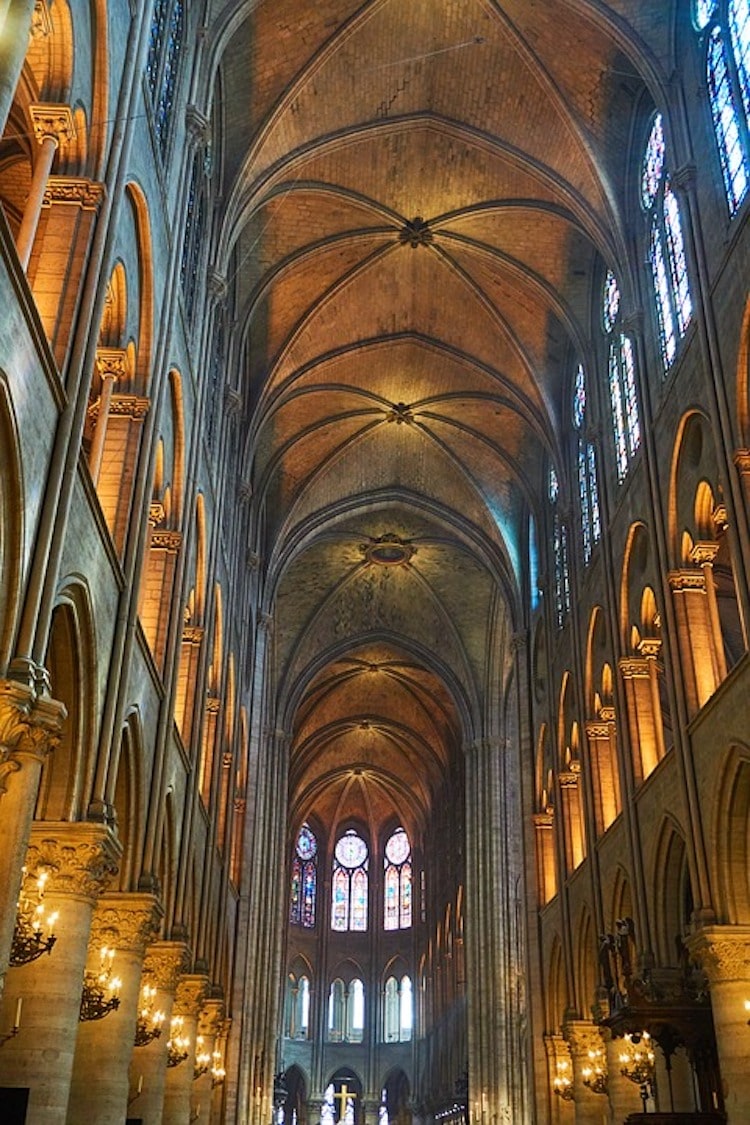 In addition to showcasing a more decorative aesthetic than traditional barrel vaults, these criss-crossed constructions offer increased support for the sky-high buildings.

On top of these advanced vaulting techniques, Gothic architects employed another unique method of structural support: flying buttresses. These projecting stone structures reinforced the buildings by redistributing the weight of the heavy roof to a lower, more solid level. 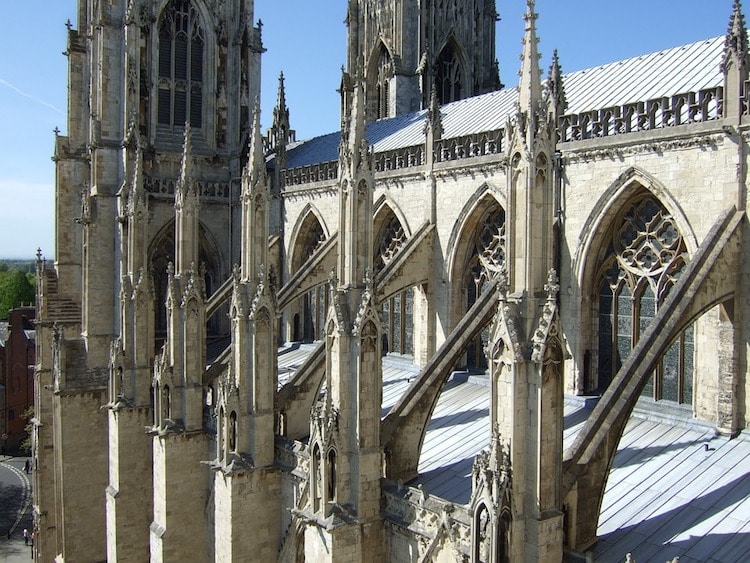 Flying buttresses ensured the cathedrals' integrity so that architects did not need to sacrifice the thin walls and large windows distinctive of the Gothic style.

A final feature found in Gothic architecture is the presence of ornate decorative elements. These include embellished colonnades and colonettes, sculptural moldings, statues of saints and historical figures, pinnacles and spires, and gargoyles, grotesque figures that double as water spouts. 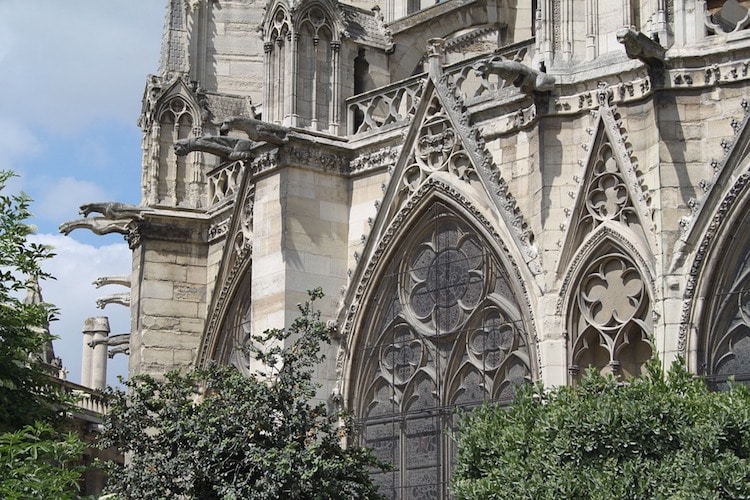