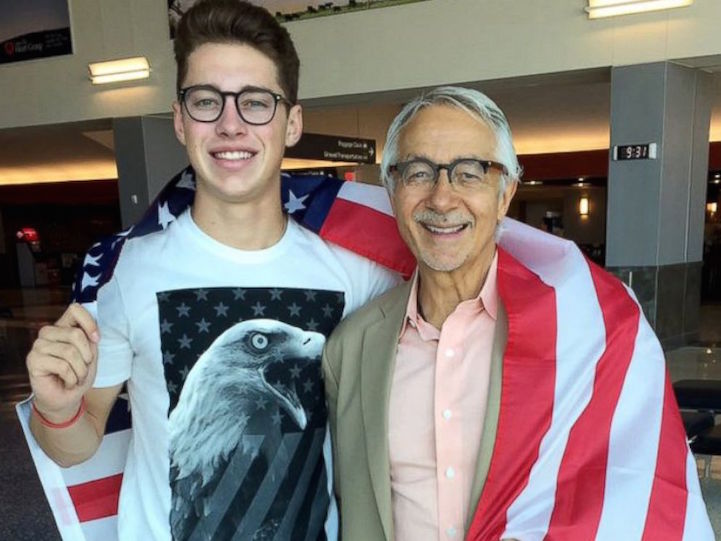 Wayne McEntire, a 68-year-old dentist, and his 19-year-old grandson Britton Barker traveled to Rio for what will be the fifth Olympics that McEntire has attended in a row. One night, after a day of watching the Games, the pair boarded the subway. Like a respectful passenger, a young man scooted over and asked if McEntire would like to sit in the elderly-accessible seats. Always kind and polite, McEntire refused the young passenger…

…and he did this instead. 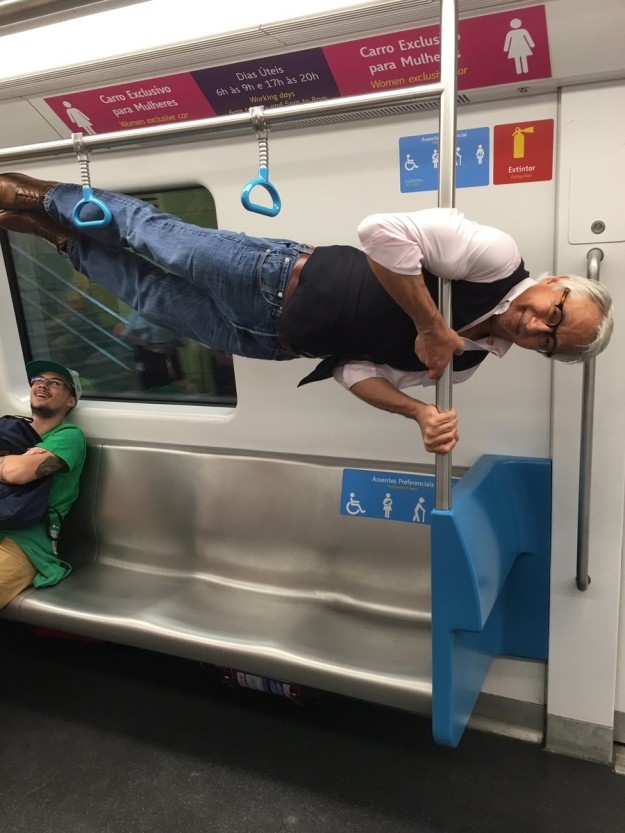 McEntire suspended his body in a perfect horizontal line, showing off the strength that he's built up with his daily routine of lightweight but maximum repetition lifting. His grandson was not surprised. Barker shared with Buzzfeed, “He’s always been one to put on a show and entertain me and my two brothers. So I knew he had something that would surely surprise me in store just by the way I saw him walk over to the empty seat.”

Still, that didn't stop Barker from Tweeting his grandfather's impressive stunt to the world. The response was huge. Since then, Barker's post has been both retweeted and liked over 100,000 times. Barker never realized he'd accidentally get his grandfather famous. Perhaps in the 2020 Olympics, McEntire can debut as a U.S. Gymnast. He has shown the world already that strength knows no age. 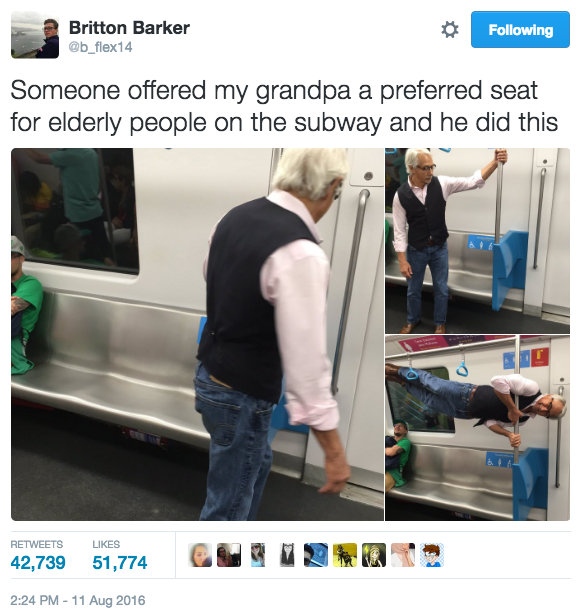 All images via Britton Barker.