Incredible Dragon and Dinosaur Sculptures Made of Pumpkins 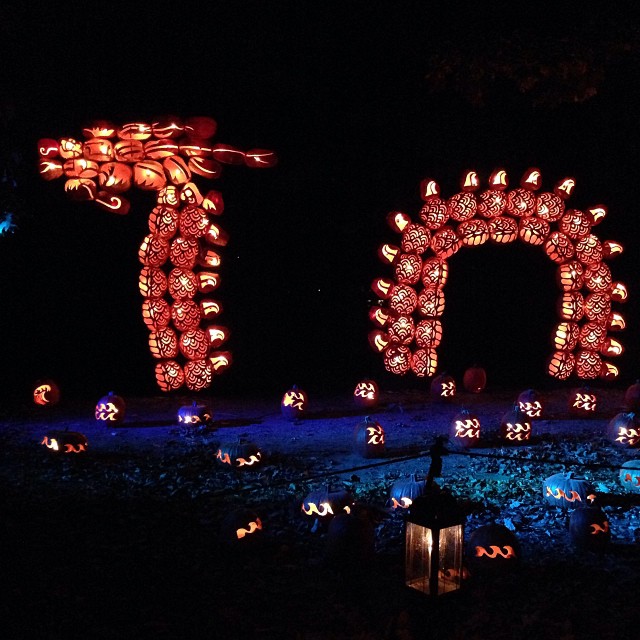 To see one of the most astounding jack o'lantern displays in the world, head to The Great Jack O'Lantern Blaze at Van Cortlandt, New York. It's there that you'll find 5,000 individually hand-carved, illuminated pumpkins arranged as slithering ground snakes, a giant spider web and even dragons and dinosaurs. Their most awesome display, called Jurassic Park, includes a number of huge dinosaur sculptures with a pterodactyl and a brontosaurus added this year.

You still have a number of days left to witness this amazing Halloween event. The Great Jack O'Lantern Blaze runs tonight through Halloween and then November 1-3 and November 8-11.

Now here are some of the best dragon and dinosaur sculptures from the last few years.

Above photo credit: Meghan of onceuponanotion 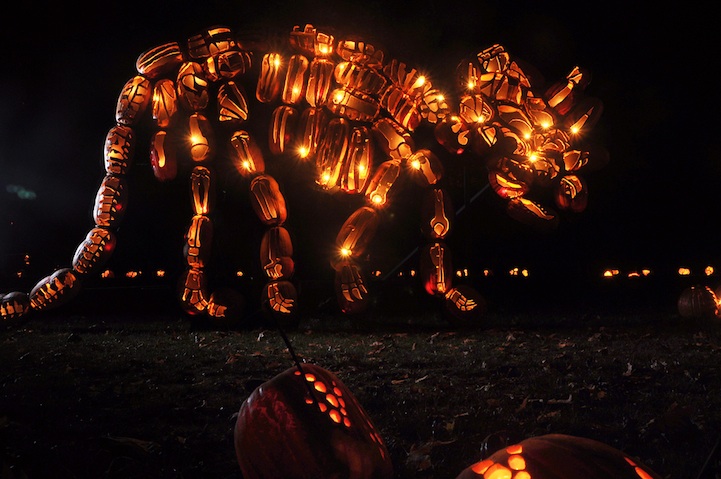 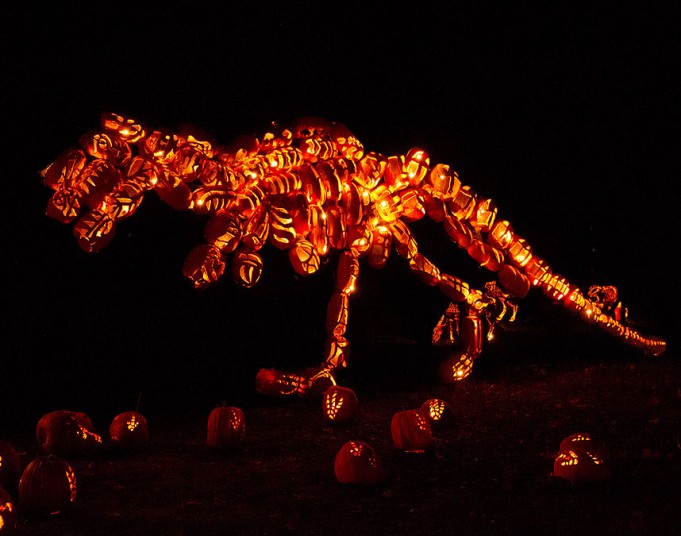 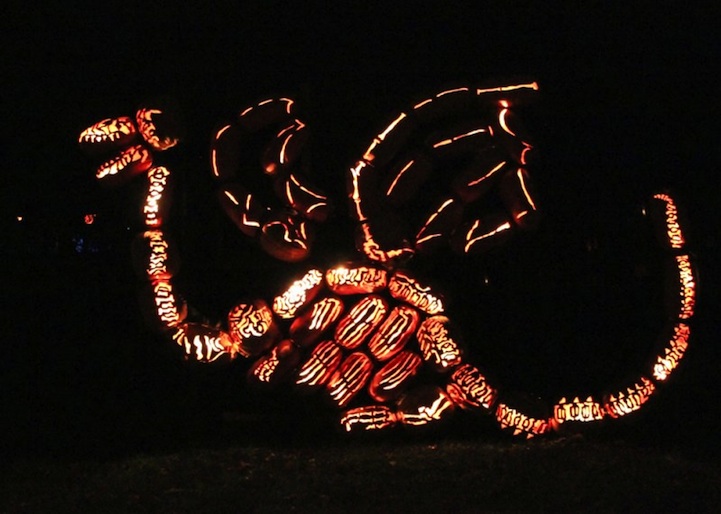 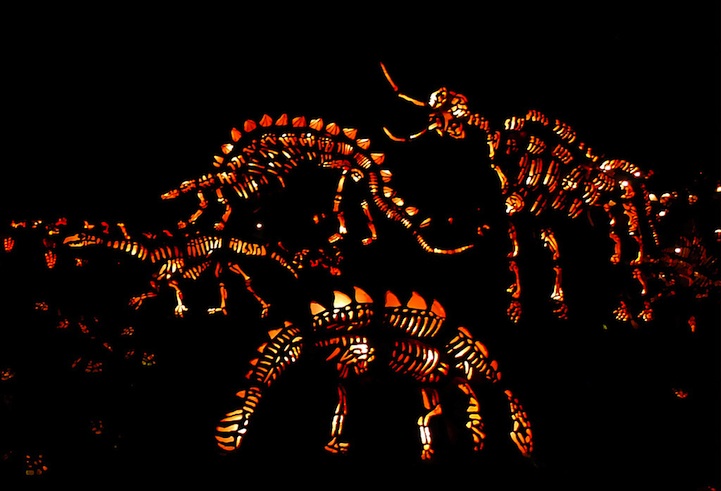 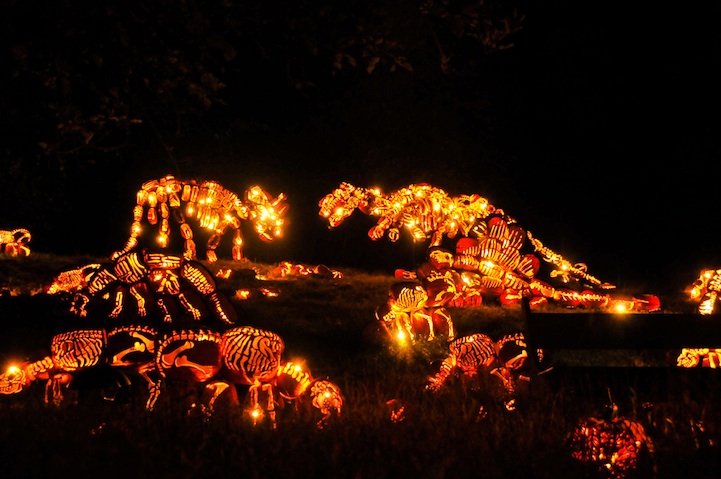