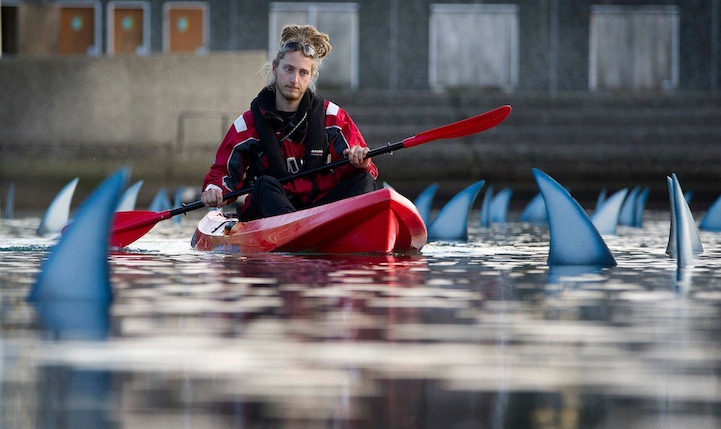 On Friday the 13th, those near New Zealand's Aotea Lagoon in Wellington were greeted with the sight of 100 shark fins floating in the water. The handmade fins were part of an art installation by Greenpeace for New Zealand's first-ever shark awareness week. While the 99 grey fins in the lagoon represent the 99 countries who've banned shark finning, countries like Australia and the US, the one floating orange fin represents New Zealand. To the shock of many, New Zealand is still one of the countries where it's still legal cut off of a shark's fins and then dump the animal's live body back into the ocean. When a shark returns without their fins, they are unable to move effectively, so they sink to the bottom and die of suffocation or are eaten by predators.

Like many of the art installations we feature on My Modern Met, this one is hauntingly beautiful. Sadly, shark finning is believed to cause up to 70 million shark deaths a year. 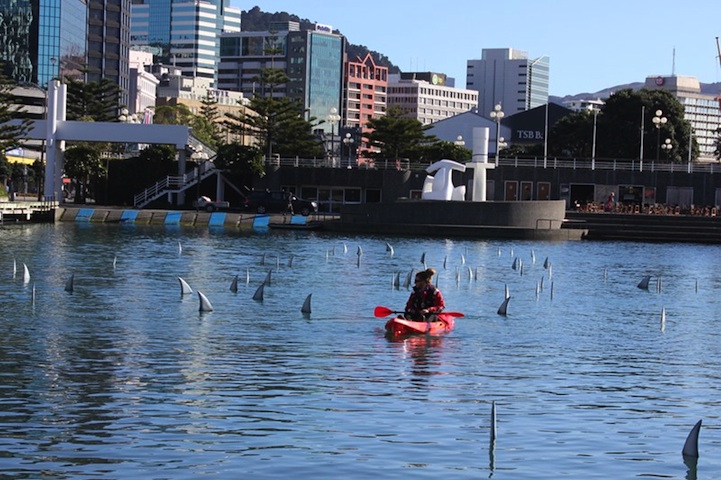 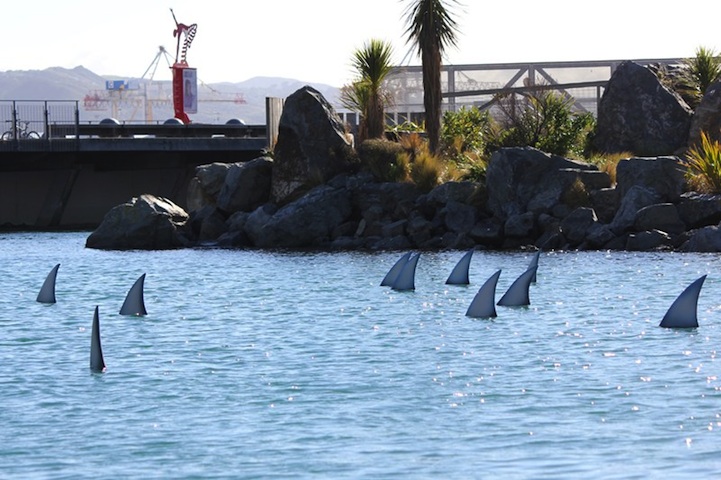 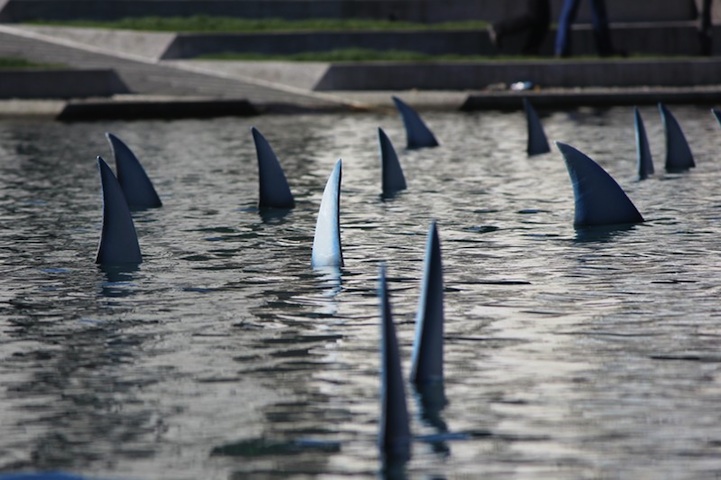 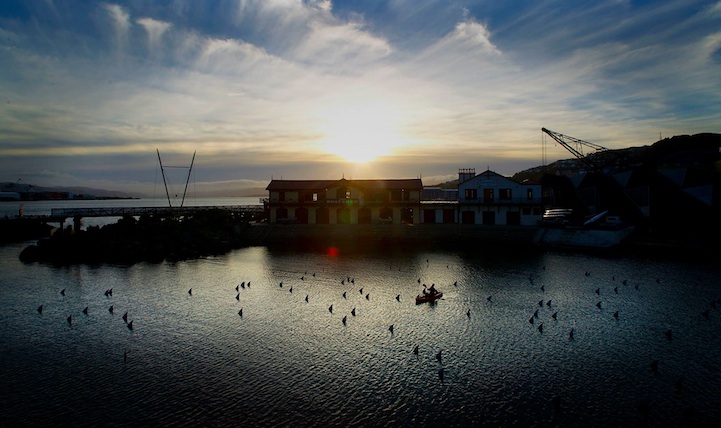