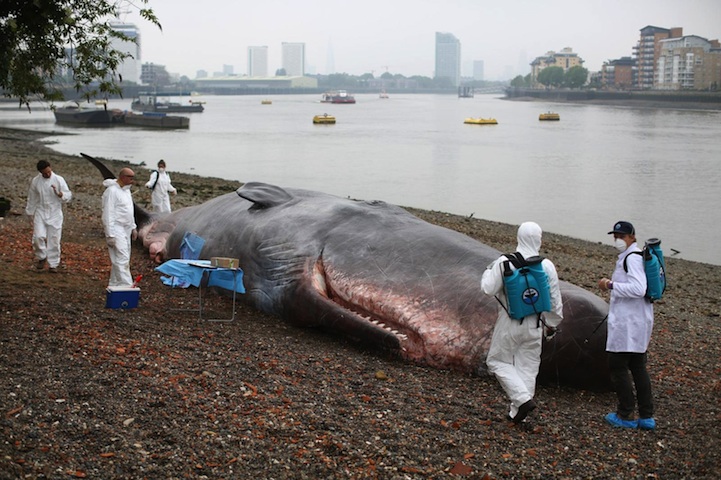 What kind of emotions would you feel if you saw this huge beached wale? Horror, shock, disbelief? A life-size, 17-meter long fiberglass whale, created by Belgian Art collective Captain Boomer is causing quite a stir in London. Part of the Greenwich and Docklands International Festival, a UK outdoor arts festival running from June 21 to June 29, the art installation was “beached” (or craned) on the shore of the river Thames in Greenwhich a day before the festival's opening. A team of performers, who acted like scientists, swarmed the site and carried on “investigations” as curious onlookers gathered. An actual team from the British Divers Marine Association were also on hand to answer any questions about what would happen if the whale was real.

What's the meaning? Captain Boomer states, “The psychological archetype of the dead big fish leaves no one untouched. It stirs and mobilizes a local community. During our beachings, we see an intensive interaction among the crowd. People address each other, speculate and wonder. They offer help and ask for information. The different layers of perception create funny games. Some audience members know it is a work of art but feed the illusion to other people. The sperm whale appeals to everyone, regardless of social or cultural background. It is the place where everyone gets together. That's why it is vital it beaches on a public spot that is freely accessible.”

The hyperrealistic whale was now been moved off the beach and is now placed at the lawn of The Royal Naval College at Cutty Sark where it remain on view until June 29. 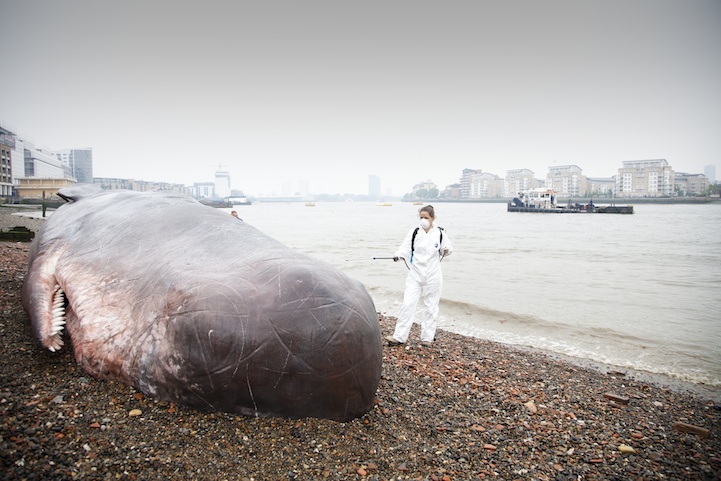 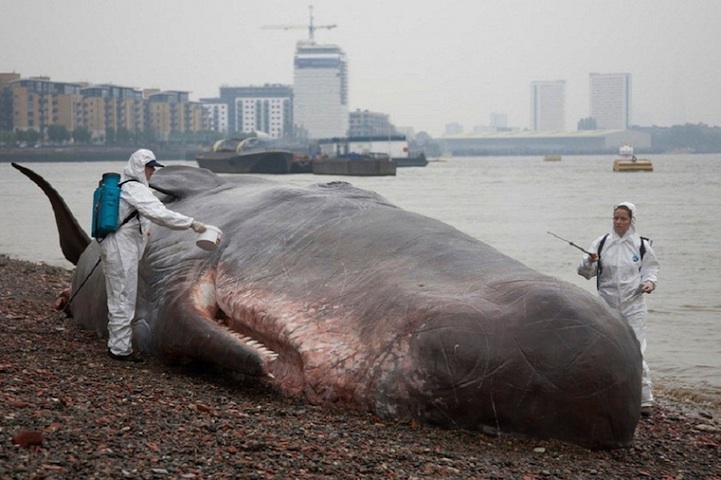 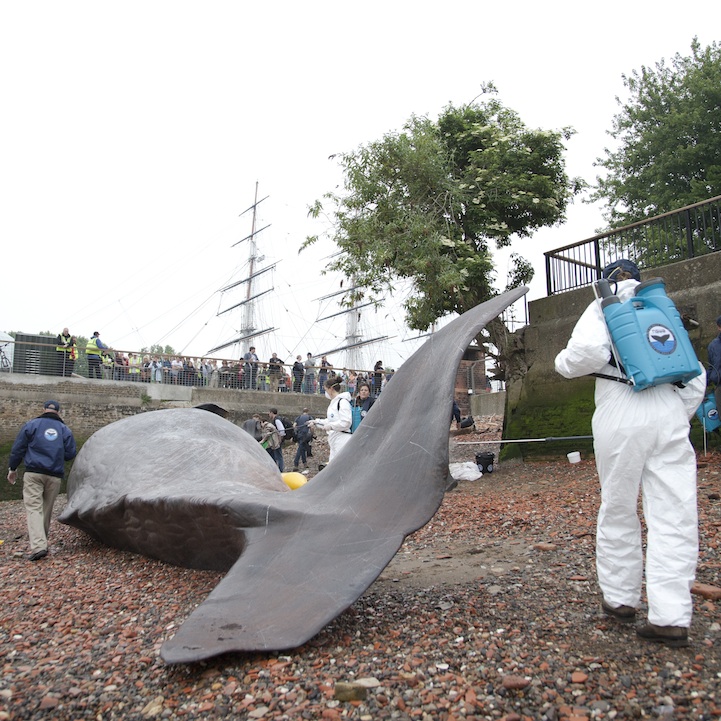 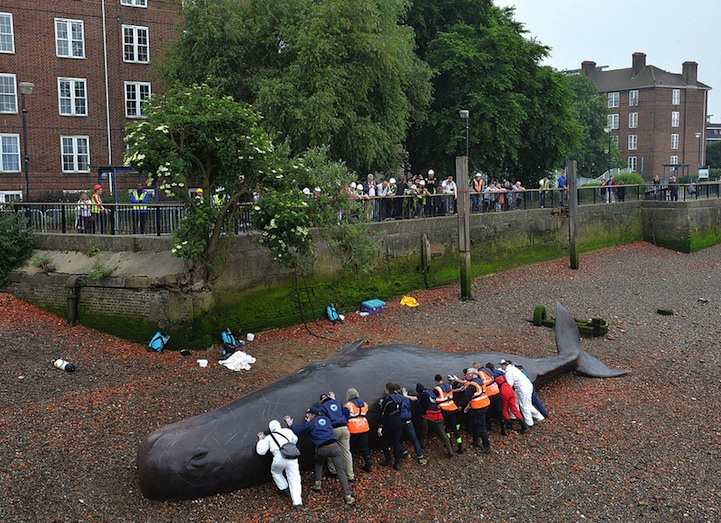