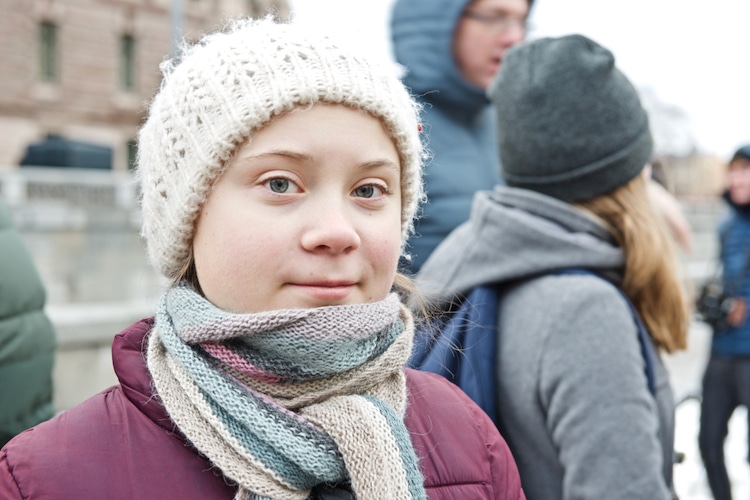 It's been a whirlwind year for 16-year-old Greta Thunberg. Her rise as a global climate activist had humble beginnings, as she protested alone outside of the Swedish Parliament, and has culminated with her being named TIME 2019 Person of the Year. As the youngest person to ever win the honor, Thunberg is continuing her work in breaking barriers. Not only is she a teenager taking on some of the world's top politicians, but she's also showing the world that her Asperger’s syndrome doesn't hold her back from doing important work.

Thunberg is coming off a remarkable few months, which saw her give a fiery speech at the United Nations’ Climate Action Summit. Her words quickly went viral, as she took governments to task for not being an active part in protecting the environment. With her words having such a global impact, it's hard to believe that it was just August 2018 when Thunberg began her School Strike for Climate all alone in an effort to pressure Sweden to adhere to the Paris Agreement. Now, with an army of supporters, she's become a face for change.

Her success has also made her vulnerable to attack from those who feel that a teenager has no place in this type of activism. But for Thunberg, her future is worth fighting for. “We can’t just continue living as if there was no tomorrow, because there is a tomorrow,” she tells TIME.

Part of Thunberg's success is certainly due to her ability to plainly state scientific facts, cutting through technical jargon to make climate change information accessible to everyone. Fearless and unabashed in her beliefs, it's her strength of conviction that makes her appear wise beyond her years.

“She is an ordinary teenage girl who, in summoning the courage to speak truth to power, became the icon of a generation,” TIME writes. “By clarifying an abstract danger with piercing outrage, Thunberg became the most compelling voice on the most important issue facing the planet.”

Now she's motivating other young people to stand up for their beliefs and make their voices heard. And while Thunberg faces increased scrutiny, she's up for the challenge.  “I have to think carefully about everything I do, everything I say, what I’m wearing even, what I’m eating—everything!” she told TIME. “Everything I say will reach other people, so I need to think two steps ahead. I think that it’s a good sign actually because that shows we are actually making a difference and they see us as a threat.”

Read more about Greta Thunberg and her selection as TIME 2019 Person of the Year online or pick up a copy on newsstands now.