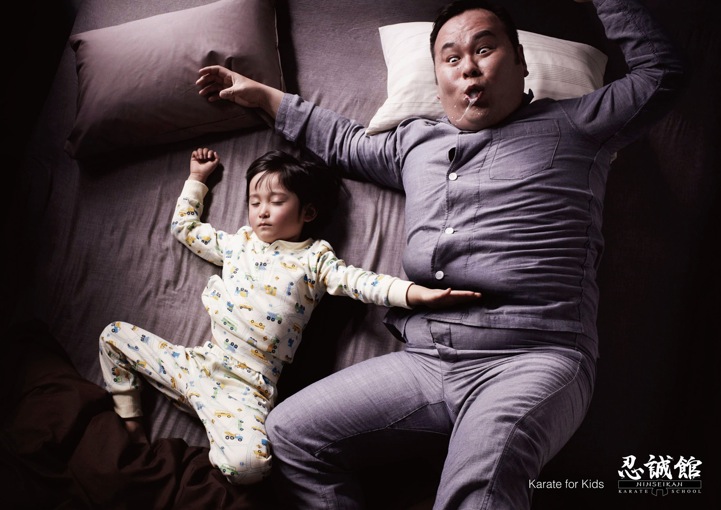 Have you ever dreamt that you could do karate? If Ninseikan Karate School's ad campaigns ring true, you'll be karate chopping in your sleep! Tokyo-based ad agency GREY produced these hilarious ads for the children's karate school in Japan, suggesting that the precious tots will receive such acclaimed training that they'll continue practicing, with their newly gained strength, in their sleep.

GREY has released two ads to reach out to both boys and girls. The ad with the boy shows the little tyke tuckered out next to his father, who takes an unfortunate blow to the belly. The expression on each of their faces say it all–the father's eyes bulging out as the karate chop to the gut forces a burst of saliva out of his mouth and the boy lies, uninterrupted from his slumber. In the ad with the girl, a similar scene is set, except this time the victim is a teddy bear. The precious tot, unbeknownst to her, is throwing a powerful punch at the stuffed animal whose button-eye is thrust from its seams releasing its feathered stuffing. If I were a kid in Tokyo, I would want nothing more than to sign up for classes right now! 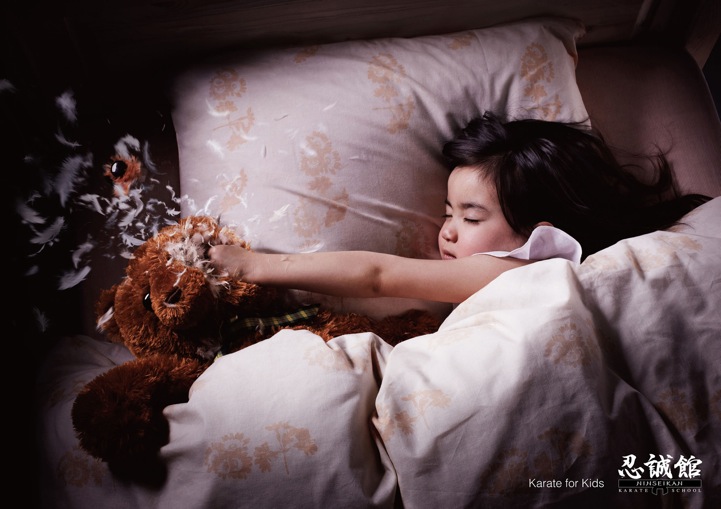