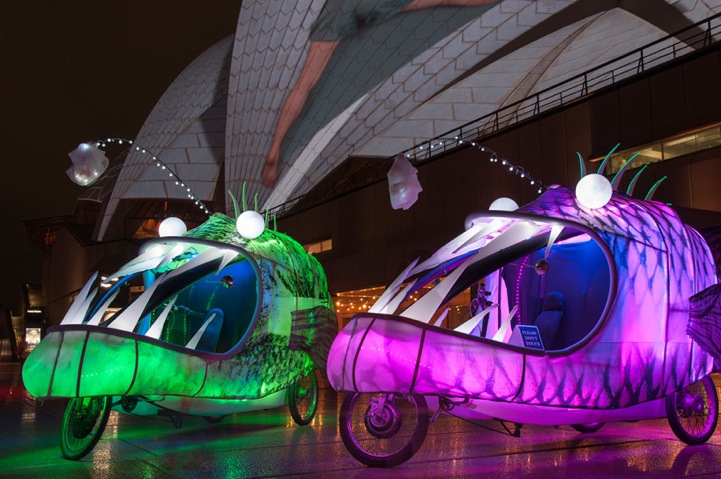 Generally, fish swim in the sea, but this ambitious project by a group of Australian artists known as Group D Creative Collective brings the aquatic creatures to land by transforming a series of bicycles. The collective approached Sublitech, an Australian company that provides photographic digital fabric printing, about receiving sponsorship for a creative project that would utilize the artists' expertise in art, architecture, interior design and lighting design. With Sublitech's sponsorship and generous donation of over 50 meters of fabric along with their assistance in digital printing, these amazing anglerfish bicycles came to fruition.

The project titled Follow the Current was constructed for VIVID 2012, a festival for lights, music, and ideas. It features three bikes that resemble giant radioactive anglerfish. (Despite having three wheels, technically making them tricycles, they are most often referred to as “fish bicycles.”) Built for riders to sit in and pedal like a bicycle, the pod-like frame is covered with lycra and chiffon that has a digitally printed pattern to echo the scales of the fish. Each vehicle is illuminated with built-in lights that add spectacular hues of blue, purple, and green to each bike. The vibrant, glowing colors add a liveliness to its urban surroundings as they take Sydney by storm. 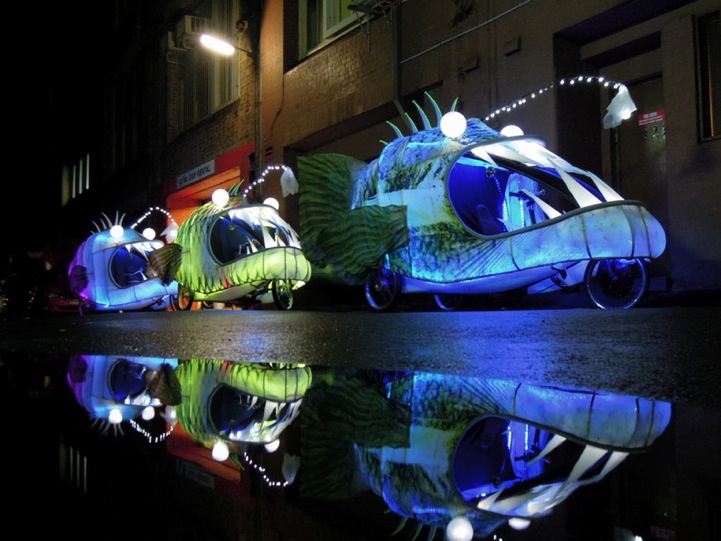 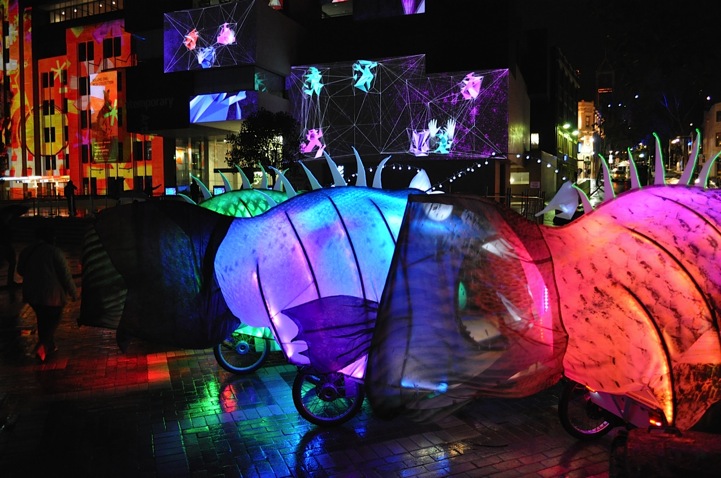 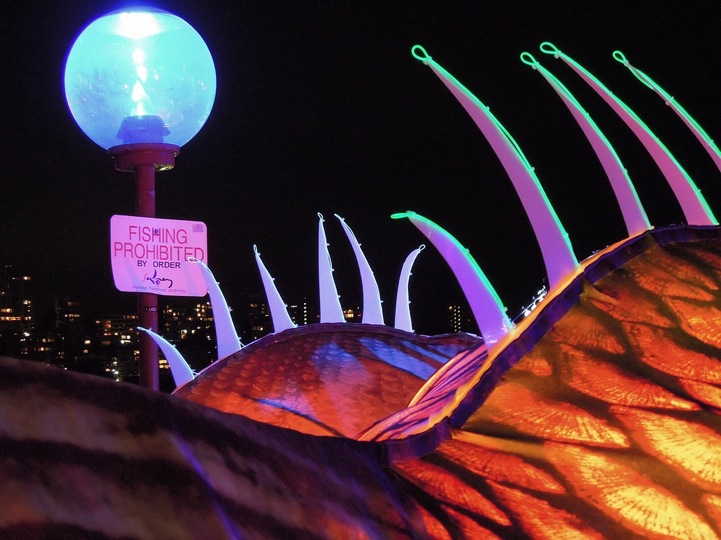 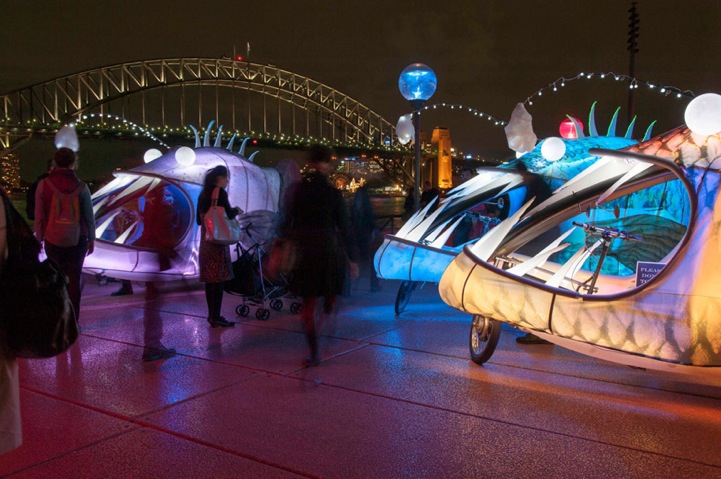 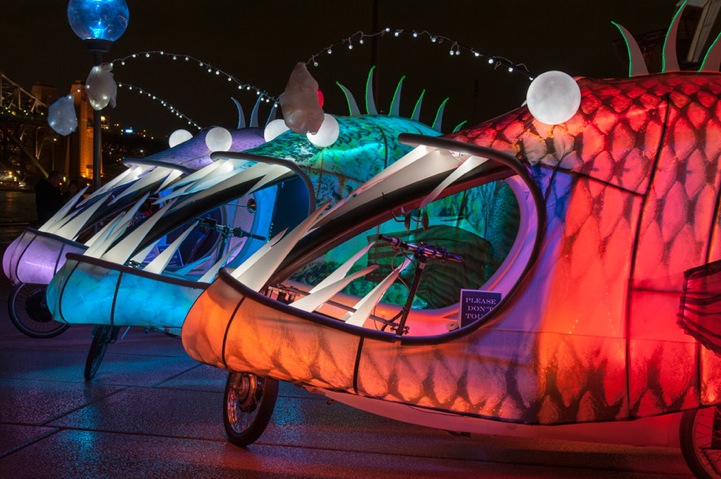 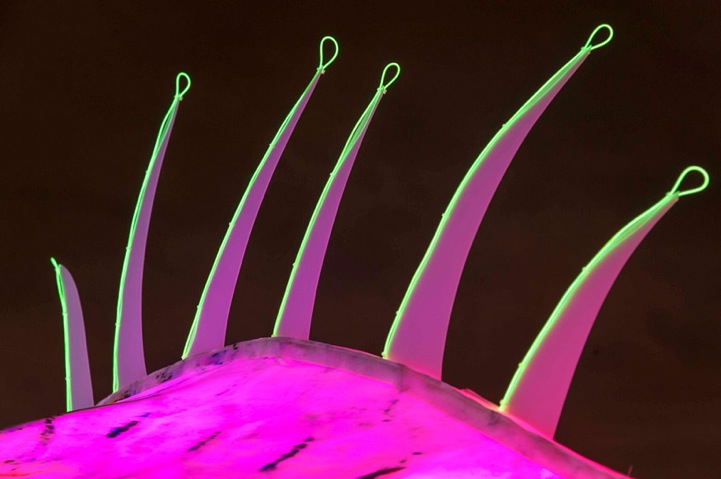 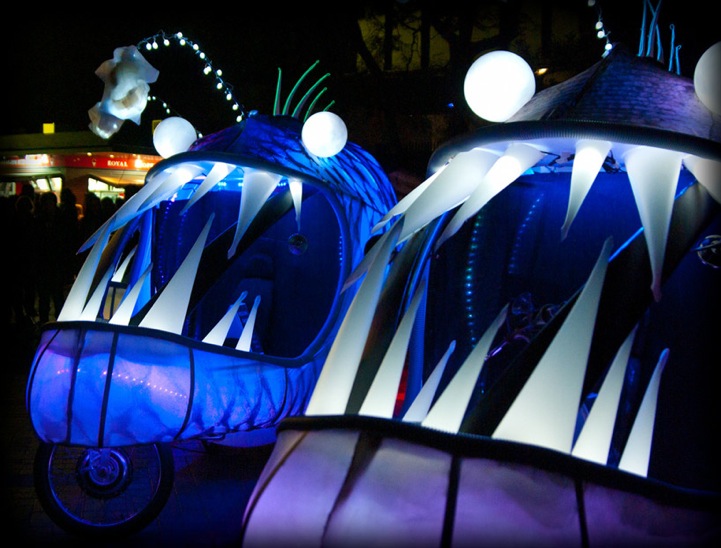 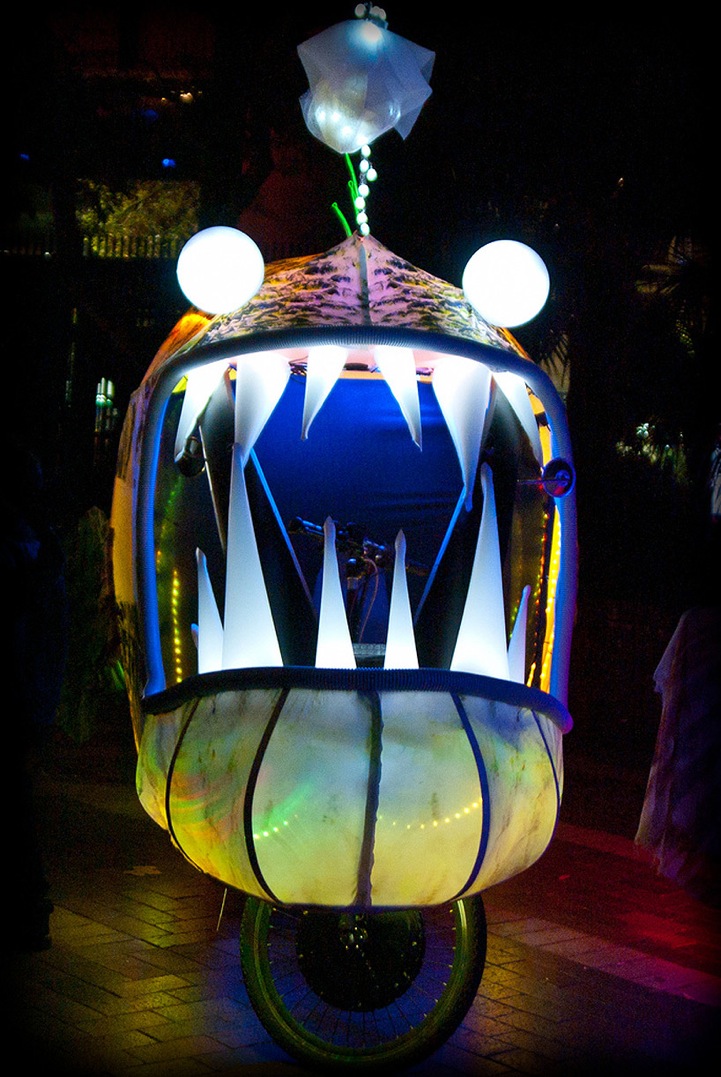