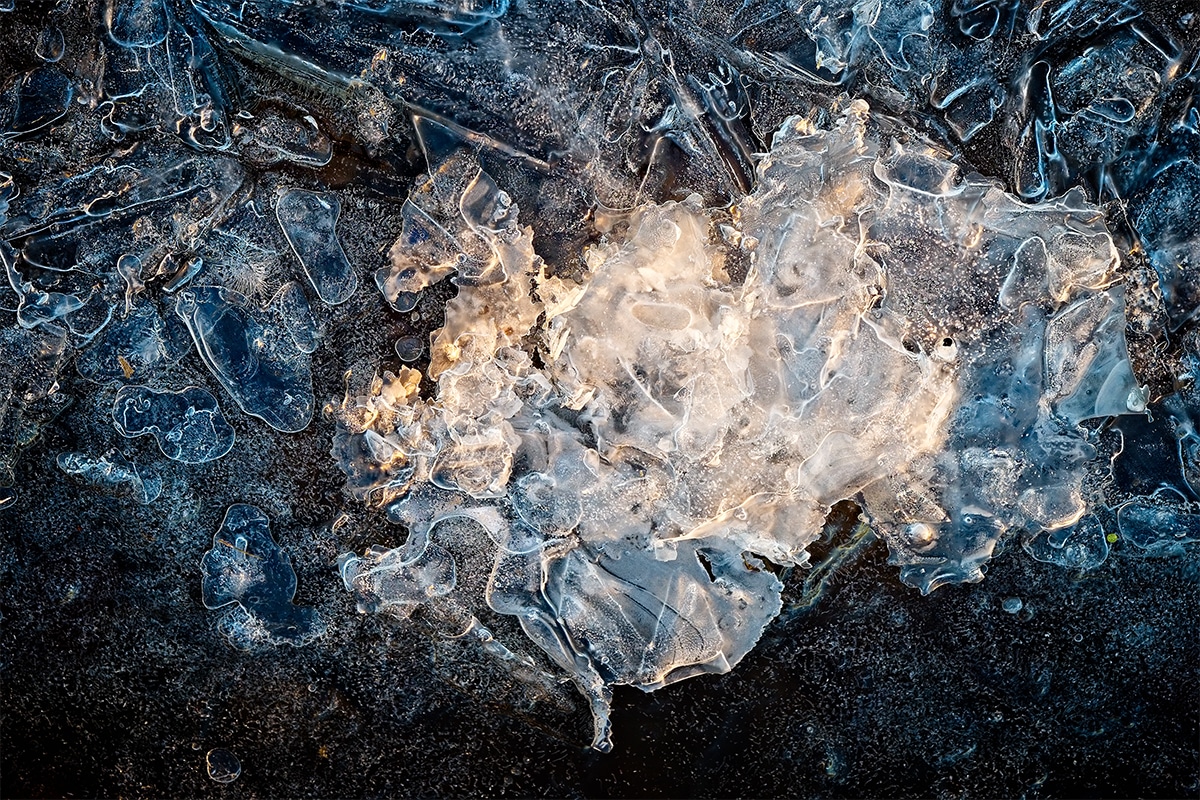 “Icelandic Horse”
This post may contain affiliate links. If you make a purchase, My Modern Met may earn an affiliate commission. Please read our disclosure for more info.

Icelandic artist Gugguson shows a new vision of his country's beloved landscape. Through his abstract photographs, he captures nature's ephemeral beauty, forcing us to see incredible patterns and shapes in ice, rocks, and rushing water. His book Supernatural is the fruit of his labor, after a year and a half of exploring and discovering a new side of his own artistry.

Inspired by Icelandic folklore and the ever-changing environment, Supernatural is an interesting glimpse into Gugguson's artistic evolution. Viewers are asked to come along on his visual journey, where nature reveals shapes and patterns only seen by those who choose to look in detail. Gugguson's series is a refreshing take on Iceland's natural environment, a landscape beloved by photographers.

By zooming in, Gugguson gives viewers the opportunity to see a different side of Iceland, a subtle dimension often overlooked by those seeking out the perfect panorama. The series takes a look at the tapestry of textures and shapes that come together to form Iceland's environment. Over the course of eighty-three pages, Gugguson invites us into this secret world.

Read on for our exclusive chat with Gugguson about his creative process and how Supernatural came about. 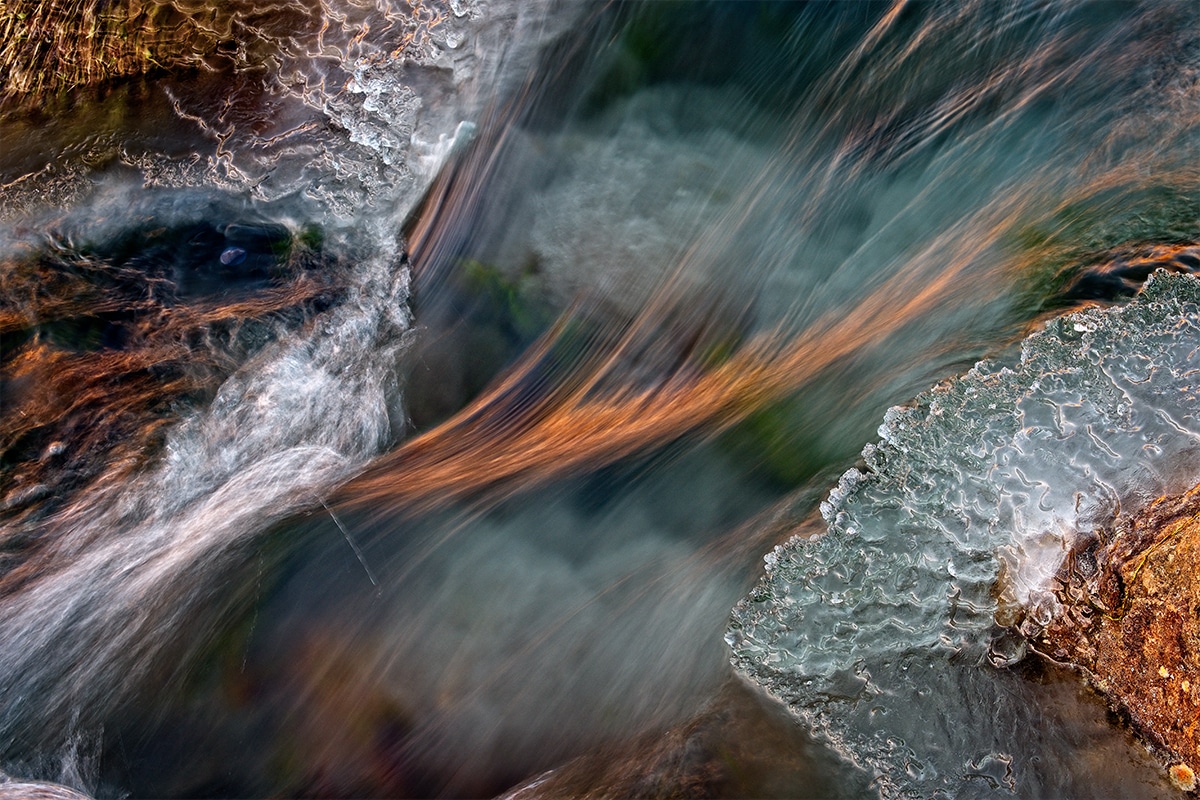 The Supernatural project has been evolving for about one and a half years. It started when an old friend of mine, John Isaac, who is a well-known photographer, came for a visit to Iceland. We spent several days photographing various places and he drew my attention to the less obvious side—the abstract of the world. He was very excited to guide me down this path and had high hopes of me focusing on abstract work. He got me really interested and I started seeing things I didn't usually notice—such as shapes and patterns within the big picture.

After John left Iceland, I decided to try this out in real life—in the middle of the Icelandic winter. I wandered around in ice and snow with my camera and tripod and took quite a lot of pictures. When I was working with the pictures from these initial excursions I felt that I was on to something exciting and interesting, but wasn't really sure about the direction to take. After quite a lot of pondering and discussions with my editor (Gudjon Karl) a theme slowly dawned on me. I noticed that many of the pictures awoke an emotion in me, I could recognize some kind of pattern, I could see people, animals, and mystic beings in the images. After this, the idea of creating a project and a book on this topic emerged. 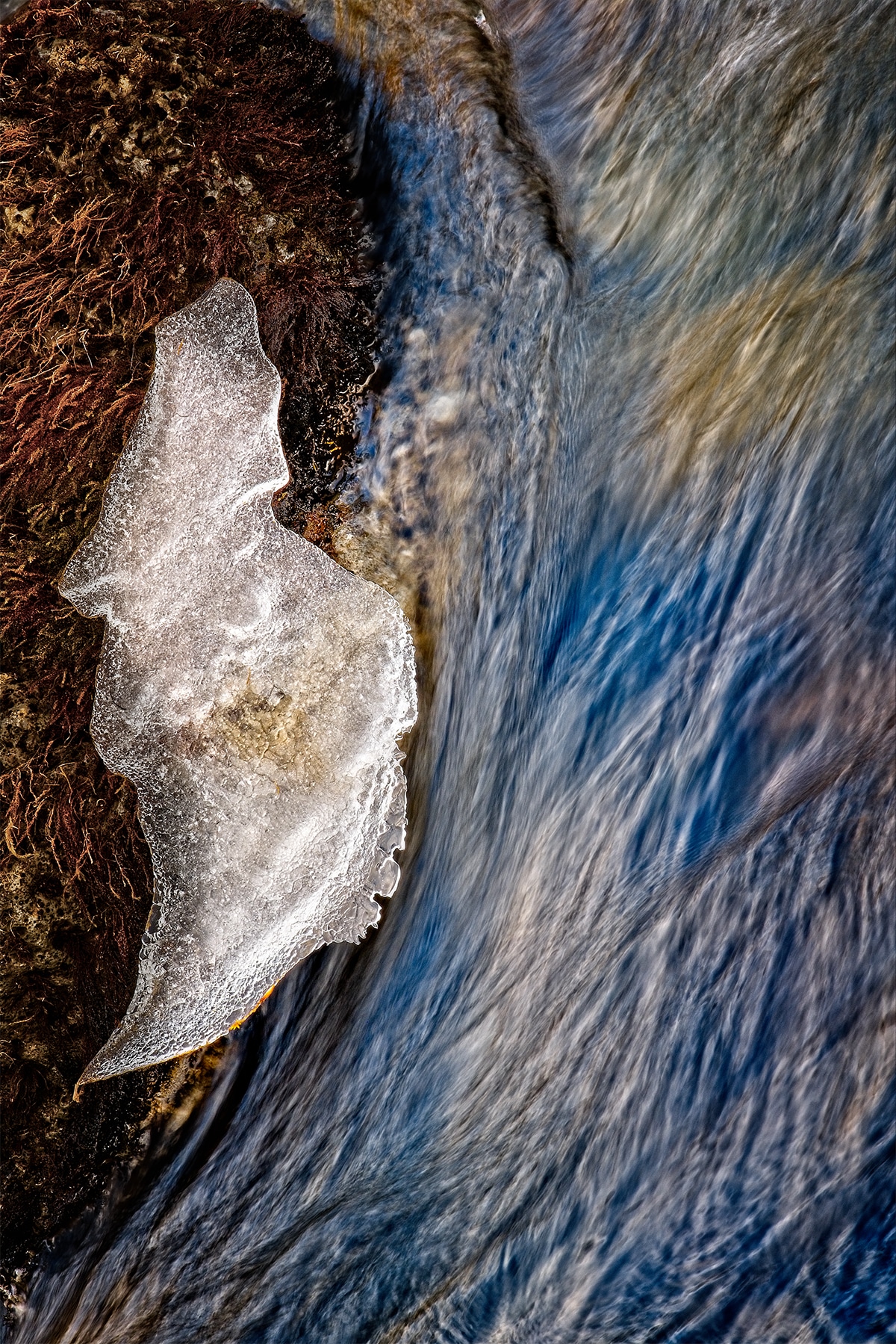 [continued] There have been several things I have been inspired by in the project.

The first is the ancient Icelandic tradition of storytelling and folklore. These stories emerged from people inspired after seeing supernatural creatures in nature—on their travels during a moonlit night or in blizzards during winter when cliffs disappear and reappear and take strange shapes. This interaction between people and nature is fascinating, and I love when the viewer reacts to the pictures, especially when they suddenly find a new figure.

The process also made me think about the volatility of the subjects. All of the ice and snow in the pictures were only there for a few hours before something else was shaped and finally melted away. So many of the subjects of the Supernatural project are long gone. Even rock formations change over time. This reminds me that nature is delicate and we should cherish it and, of course, not forget to take care of it.

We also discussed the scale of the subjects quite a lot. I purposely zoomed in to leave out some indications of scale in many of the pictures. It can be a lot of fun to try to figure out if the subjects are extremely small (almost atomic) or vast (like galaxies). I like that the pictures become so universal at this scale. People all over the world react to them in a similar way because they trigger universal feelings in us humans. On the other hand, it is also fun sometimes to leave some clues in the pictures (like the occasional straw or a leaf). 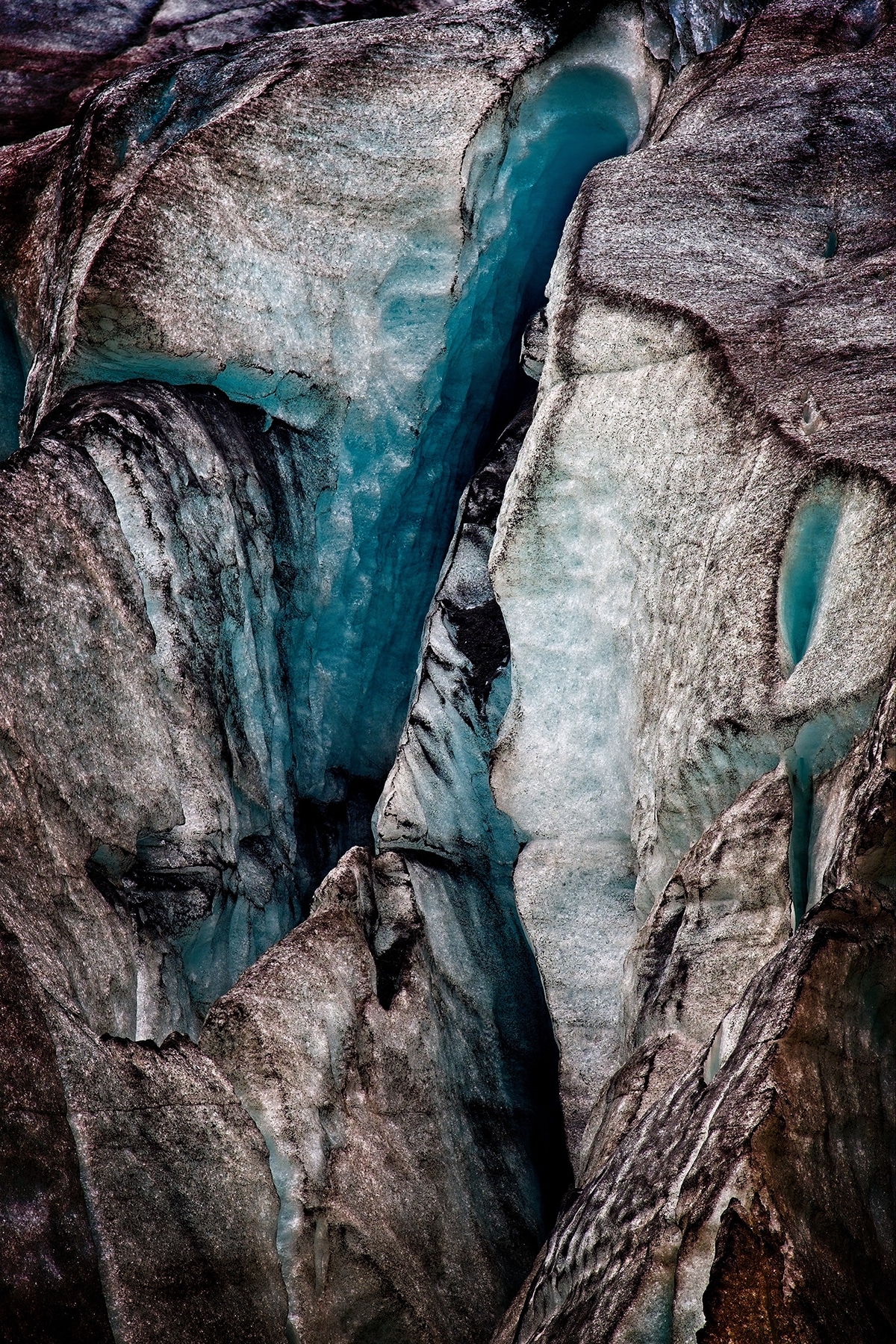 Over what time period did you take the photos?

The majority of the photos were taken during the last 10-12 months. The project really took shape at the end of last year and I spent a lot of time last winter waiting for the correct weather conditions. When it got warmer this spring I switched from ice to looking at patterns in stone formations. Icelandic nature has very interesting shapes that complement the ice and water of my winter photography. 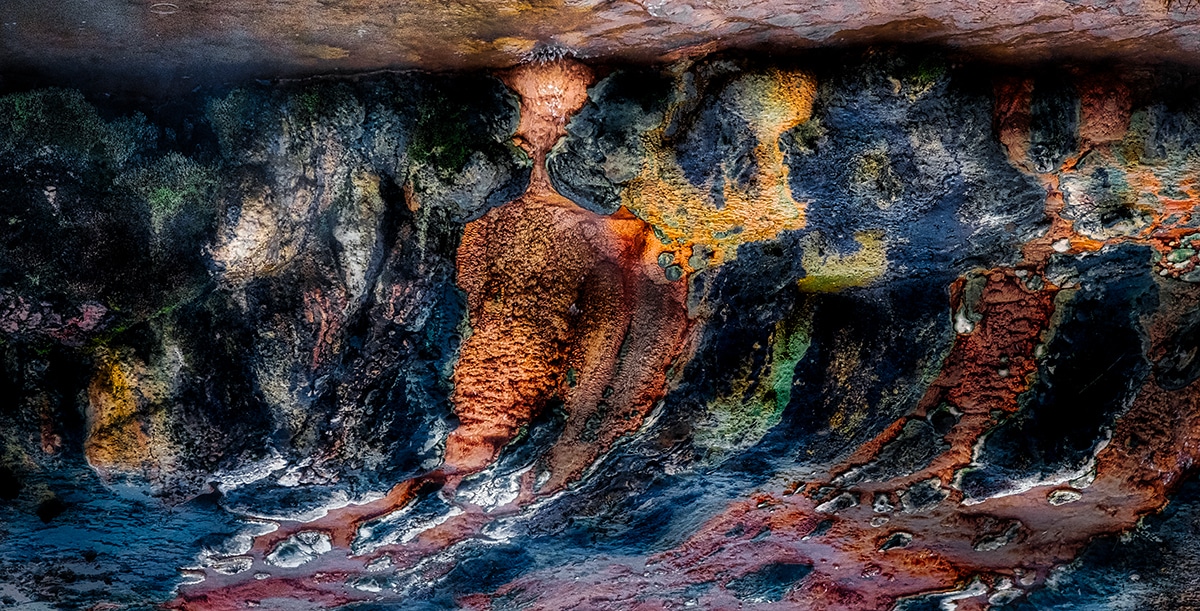 What's your creative process for locating the environments you photographed?

Much of the work in the project took place close to my cabin, which is located by a lake that's about a 45-minute drive from the capital Reykjavik. I was very much aware of the natural elements and got a good feeling for when the light and water temperature would combine to make interesting shapes near the lake or the rivers flowing into it.

So it was, and still is, just a matter of walking or driving for 5-10 minutes to spots that have everything I'm looking for. That's one of the things that I like about the project—almost any place in nature can have incredible textures and shapes—it's just the matter of going out and looking for them. The stone pattern images are often taken near the many areas in Iceland where there is geothermal heat, which creates some nice patterns and extreme color. So it's a mix of visiting places when I'm traveling here in Iceland and scouting places close to my cabin and go there when nature decides to put on a show. 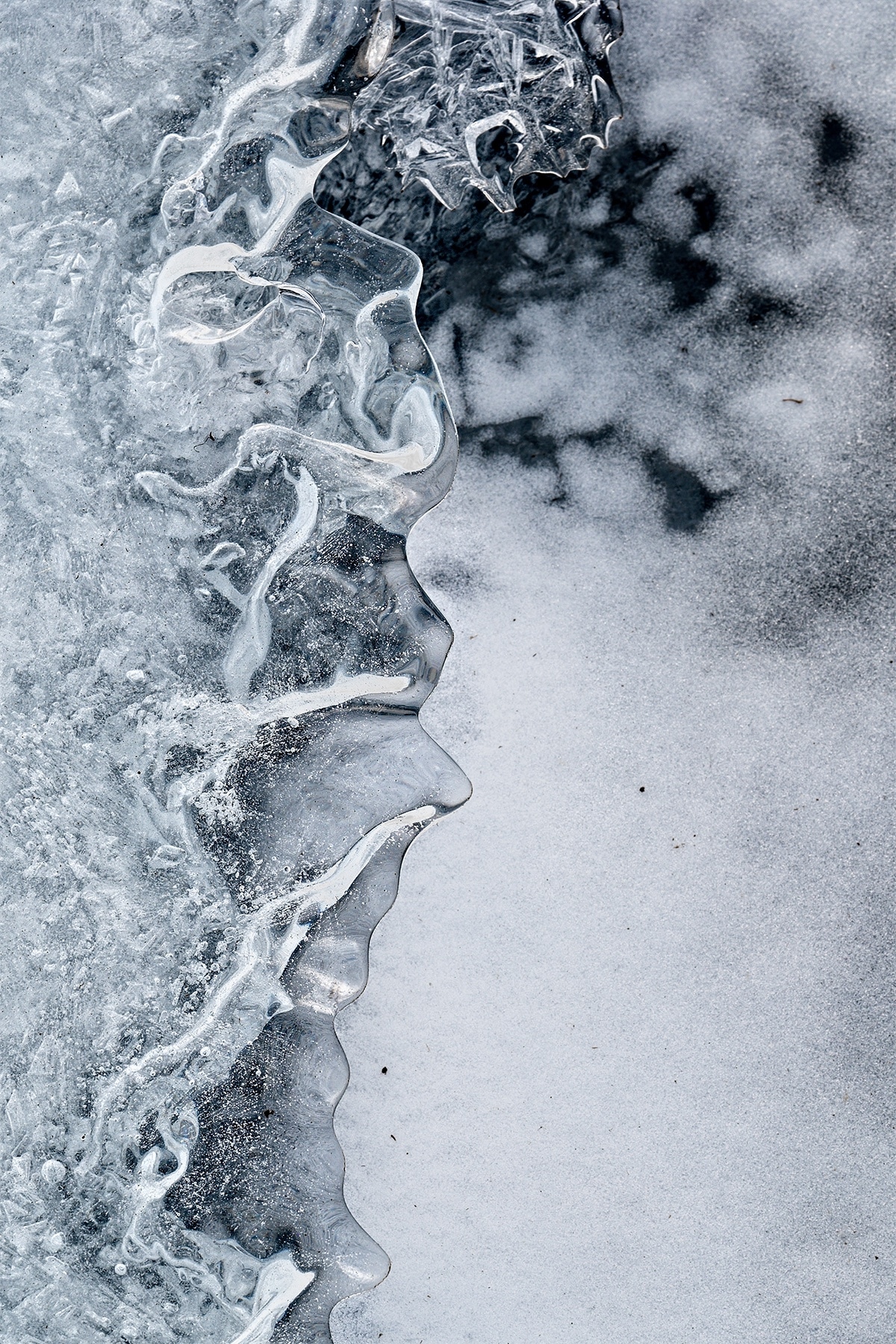 I hope to get people to stop and take their time to study the pictures and search for patterns and maybe finding new aspects, like a child figuring out something new. I want to connect to mindfulness and the growing idea of slow living—give the mind and imagination time to wonder.

Nature is wonderful and surprising if we care to look. Combine this with our vivid imagination and millennia of storytelling, things can even get…..supernatural. I love it when people give me feedback and tell me what they see or feel—it motivates me to go out again and look for nature's art. I also want to emphasize how important nature is and how art is not something that needs the involvement of mankind, how nature does not need us, but we need it. 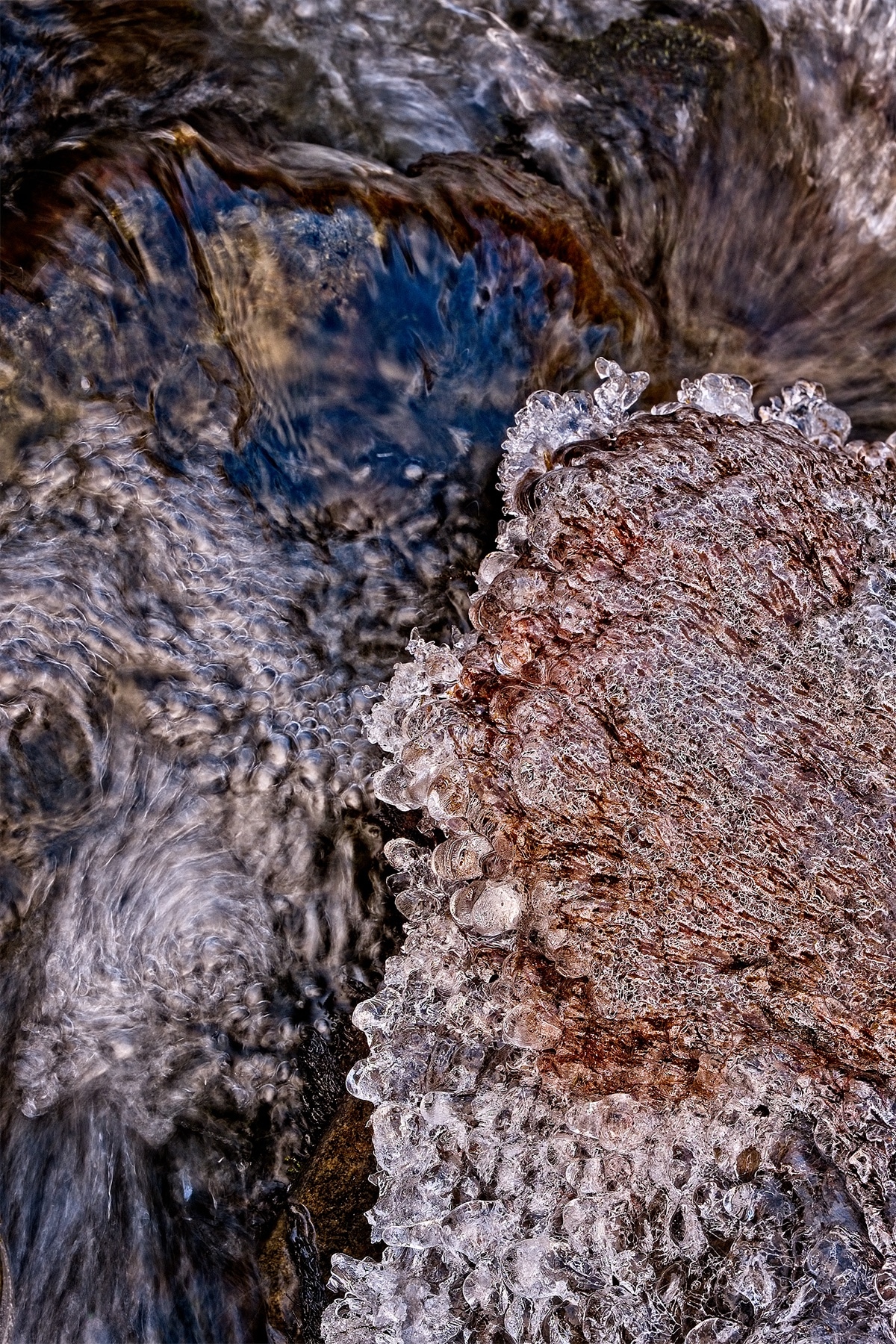 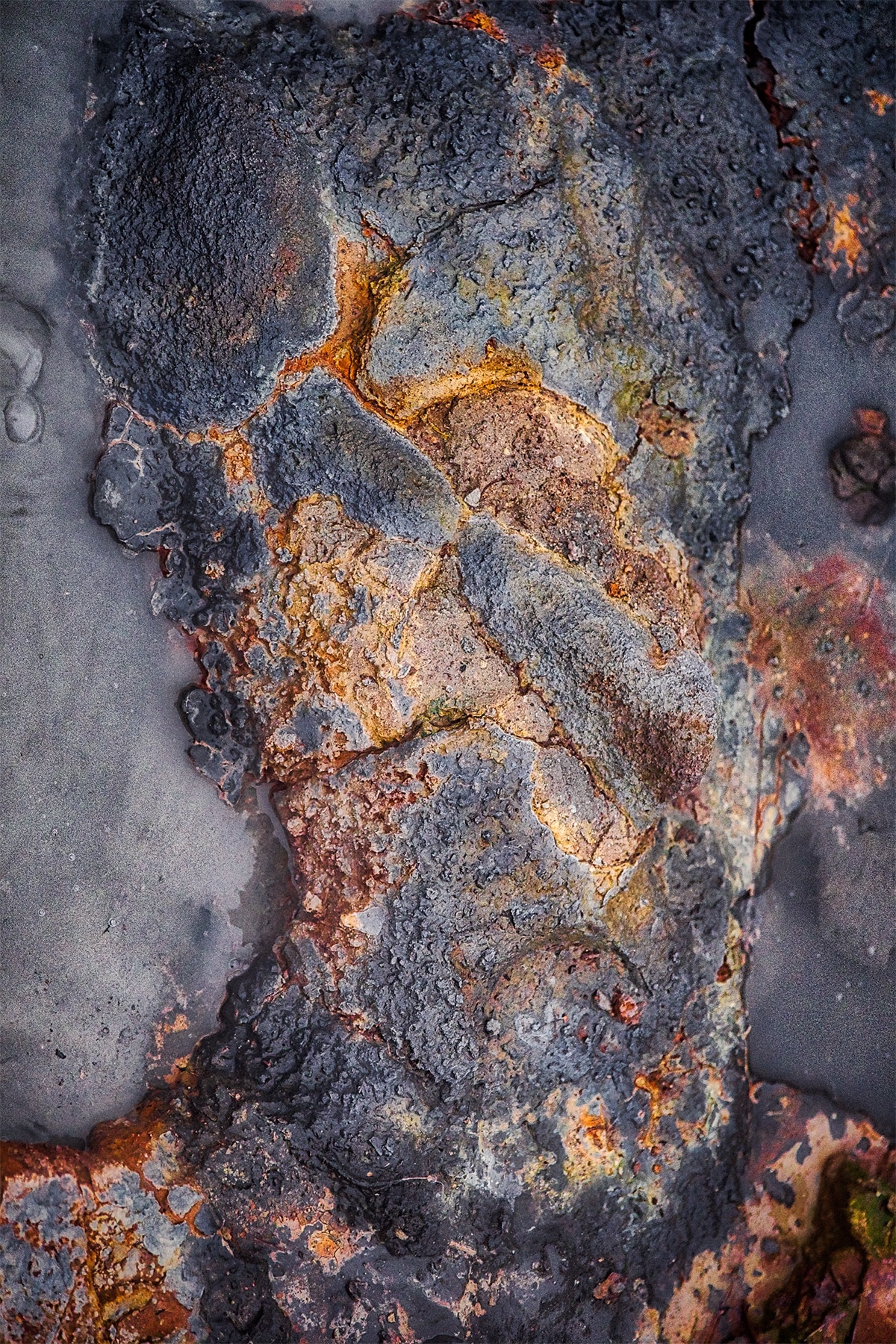 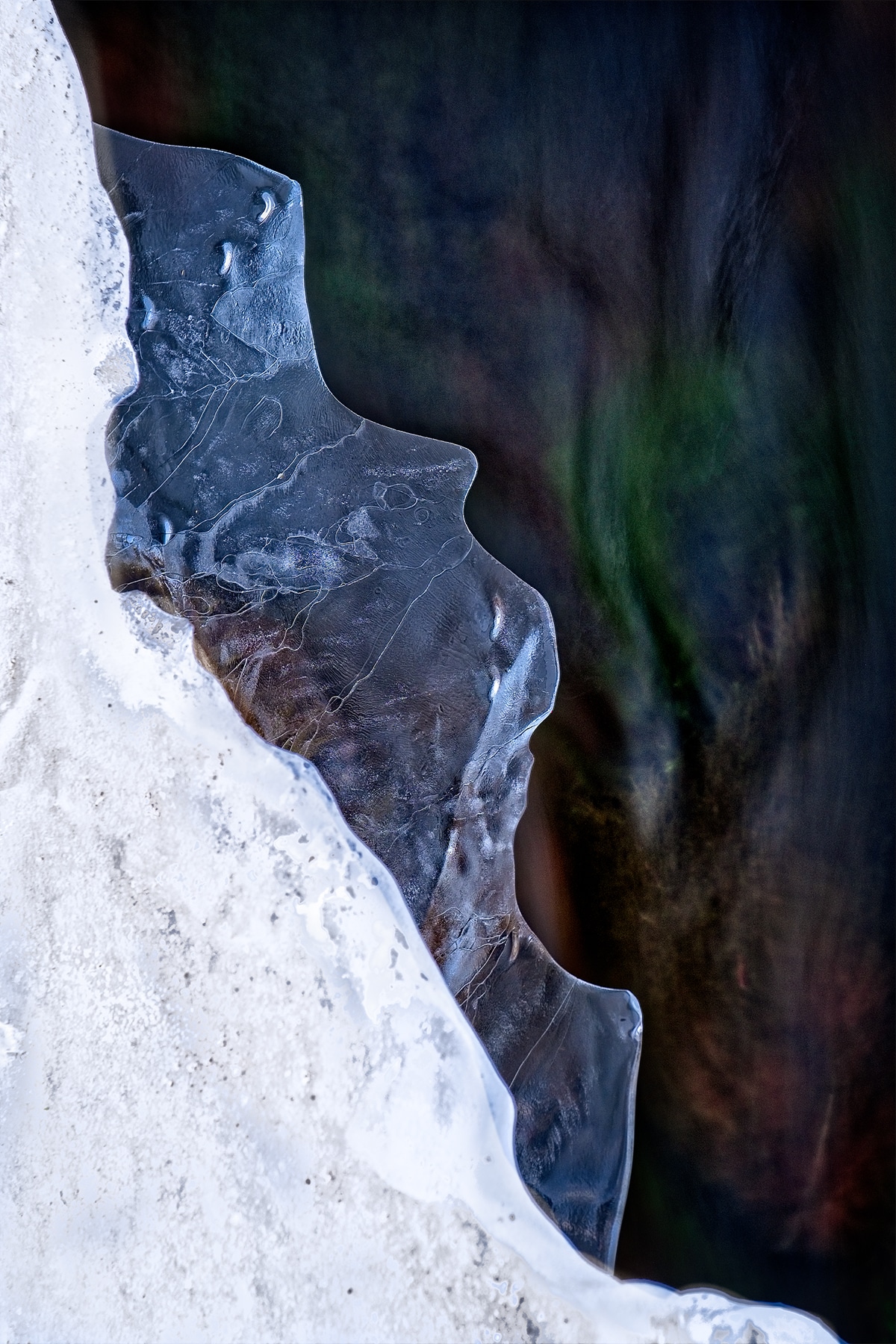 “Looking Into the Galaxy” 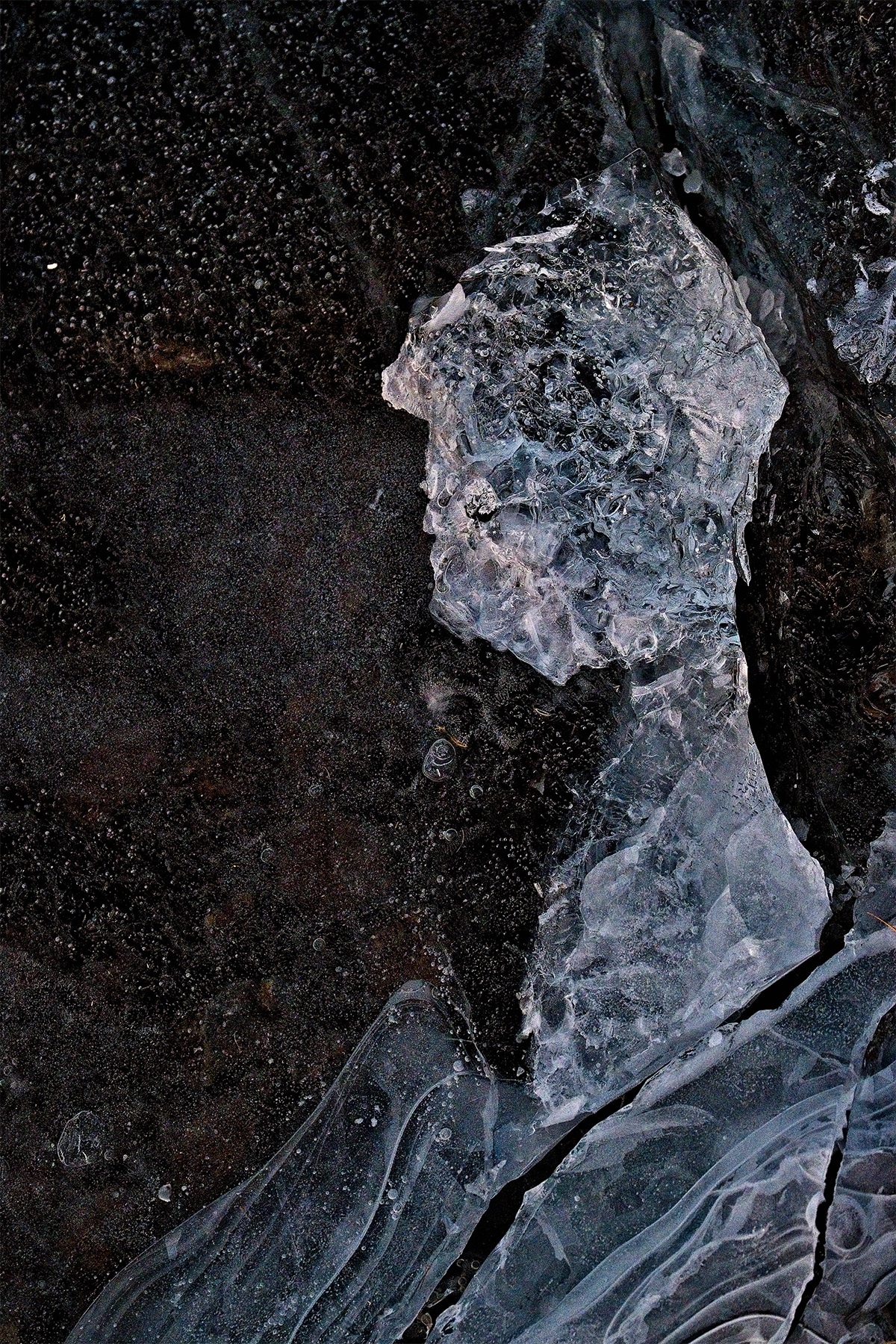 My Modern Met granted permission to use photos by Gugguson.

Intrigued by the photography? Share
Like My Modern Met on Facebook
Get Our Weekly Newsletter
Become a
My Modern Met Member
As a member, you'll join us in our effort to support the arts.
Become a Member
Explore member benefits