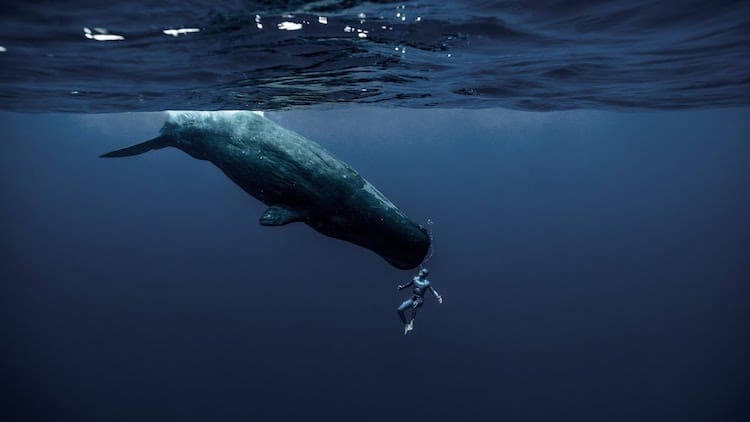 World champion freediver Guillaume Néry is back with a stunning short film titled One Breath Around the World. Together with his wife Julie Gautier (also a skilled freediver), Néry takes us on a voyage under the worldwide seas. Passing through the waters of France, Finland, Mexico, Mauritius, Japan, French Polynesia, and the Philippines, Néry is our spirit guide in this journey to explore deep water.

Néry left competitive freediving in 2015 after an error by organizers saw him dive 139 meters (459 feet). This was 10 meters (33 feet) further than he had planned, a near-fatal mistake that caused him to black out. Now, he continues his love of freediving through lectures, workshops, and clinics. But, more than anything, it's the films that he and Gautier have been producing since 2010 that have made an indelible mark.

Through their production company Les Films Engloutis, the duo's acclaimed films have a surreal and mystical feel. One Breath Around the World is no exception, with Néry scurrying around rock formations, caressing an icy frozen surface, and mingling with sharks and whales. Over the course of 12 minutes, each body of water is seamlessly joined together until Néry emerges, casually walking among beachgoers, and leaving us waiting for the next adventure.