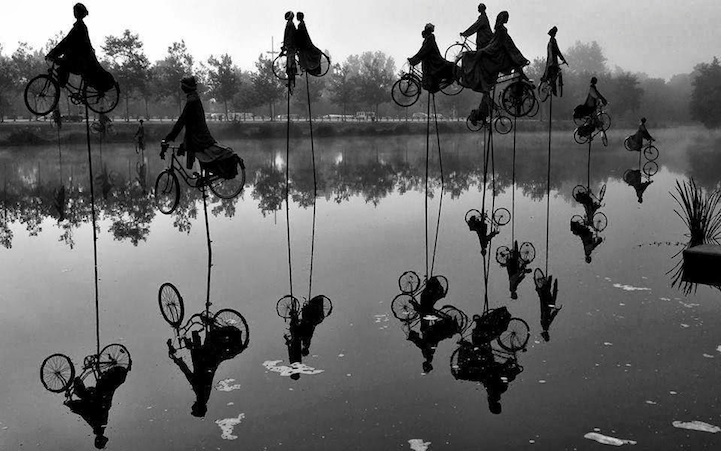 This summer, French artist Guy Lorgeret put up a mesmerizing sculptural installation over a canal in Betton, France. Called Retour a Betton (Return to Betton), it shows figures on bicycles migrating from one bank to another, claiming their freedom and refusing to compete in a fictitious competition. Raised five meters off the ground, the group of characters seem to magically hover over the water, their reflections adding drama to the overall scene. Reminds me of artist Michal Trpak's cement figures, in that strange yet whimsical way. 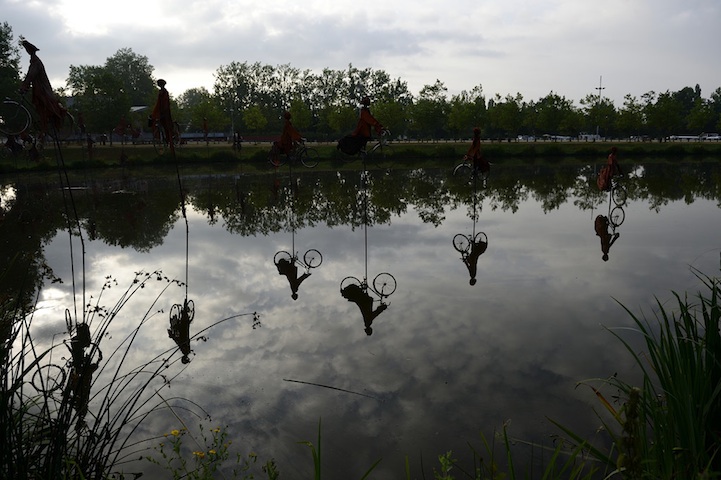 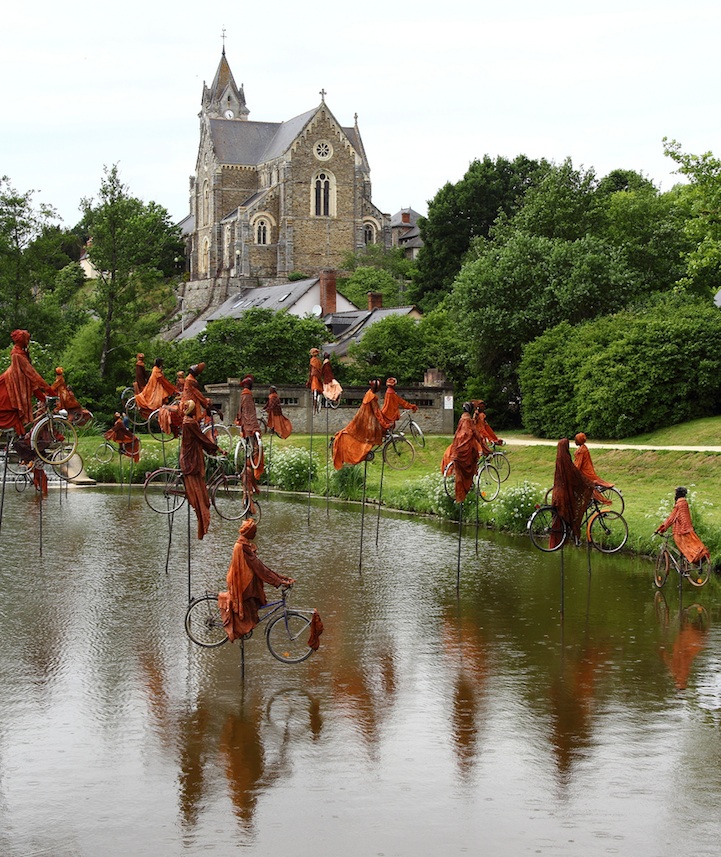 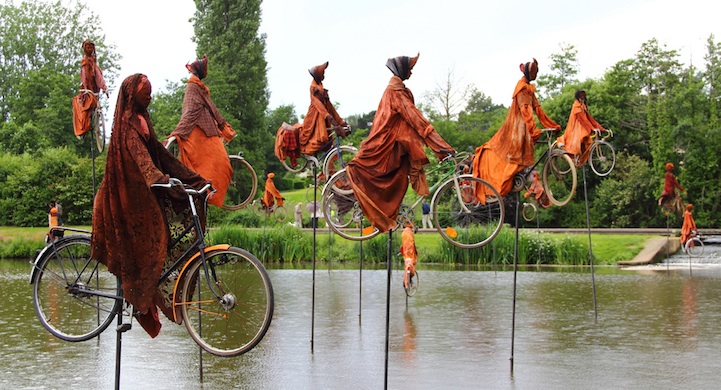 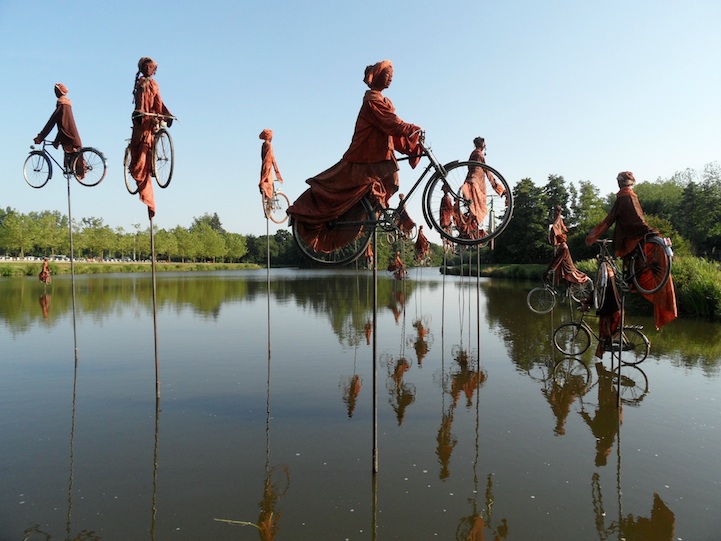 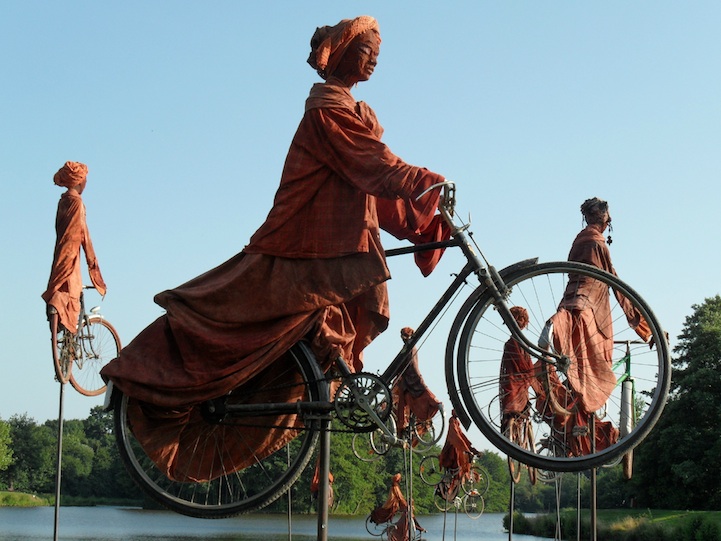