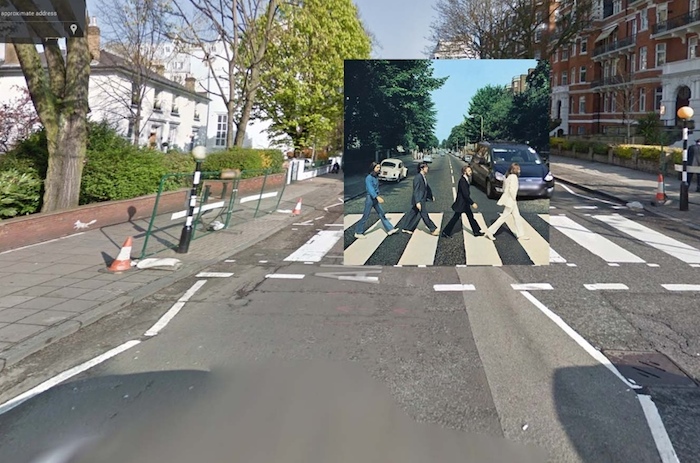 These mashups, which feature albums by iconic artists like the Beatles, Oasis, Led Zeppelin, Eminem, and Bob Dylan, are not only a delight for music fans, but also for anyone who's interested in seeing how various locations have changed over the course of years and decades. Eminem's childhood home, which he featured on the cover of The Marshall Mathers LP, was demolished last year. Paul's Boutique, a clothing store depicted on the Beastie Boys' album cover, is now undergoing more gentrification on its street corner in New York. On the other hand, Abbey Road, which was made iconic by the Beatles, has been kept virtually the same thanks to the effort of the Westminster council in London. 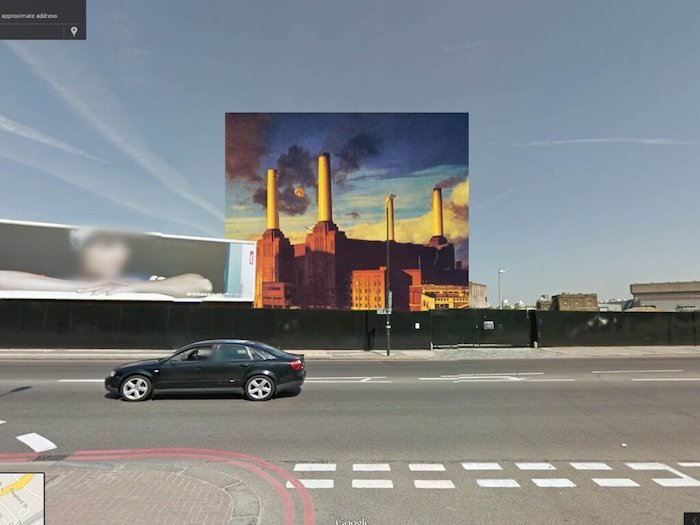 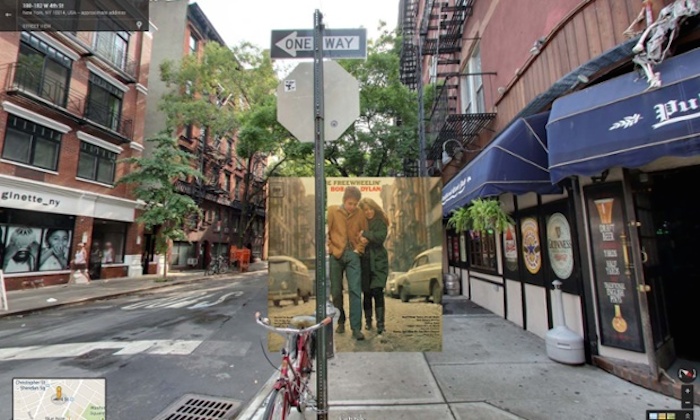 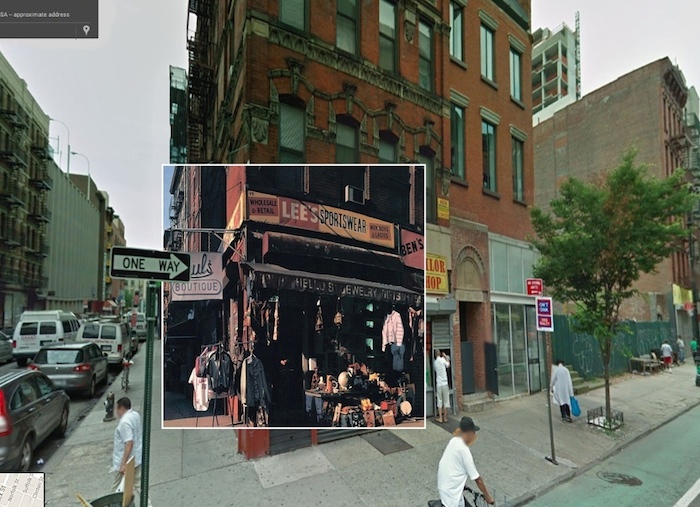 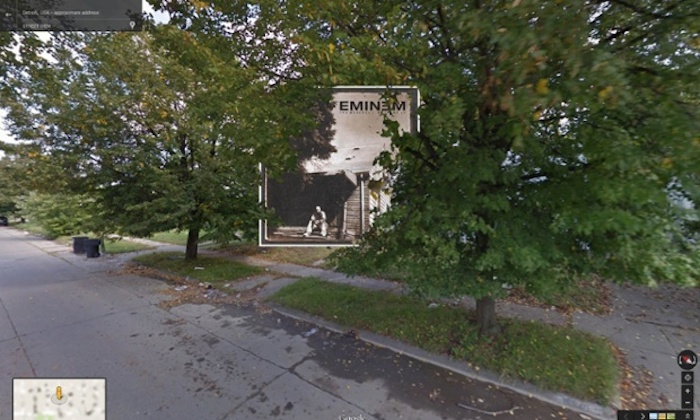 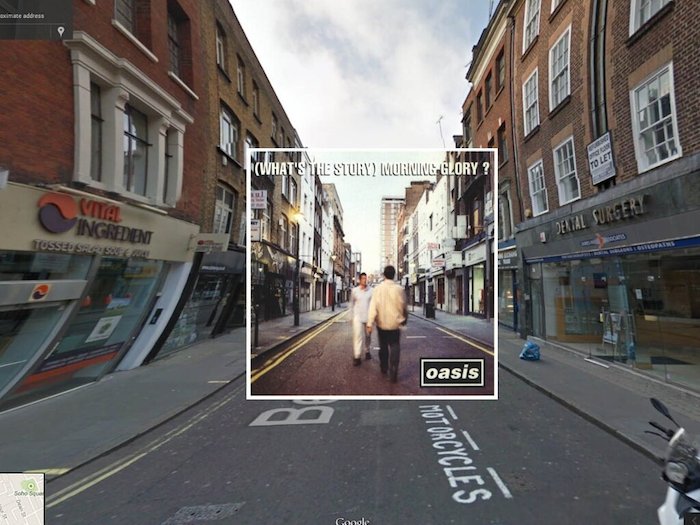 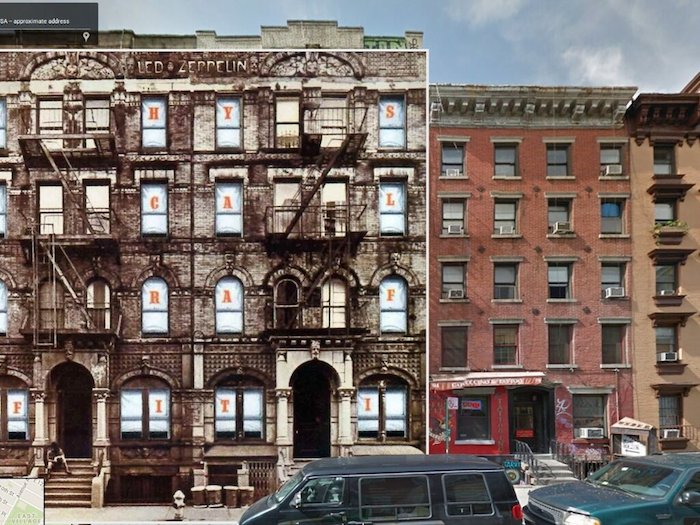 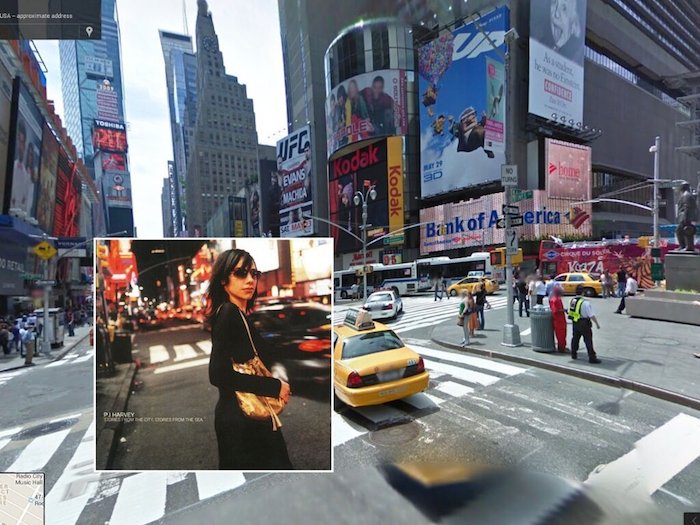 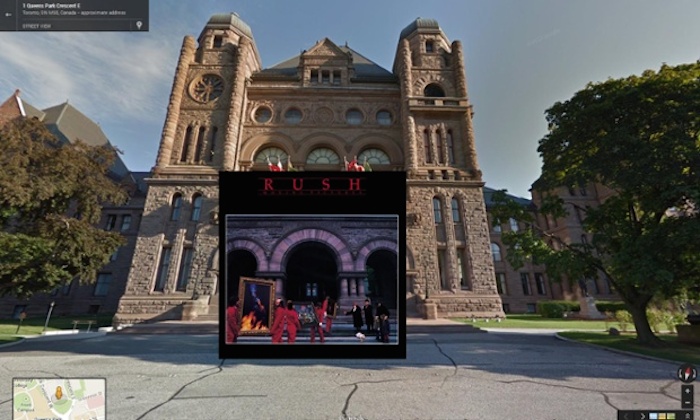 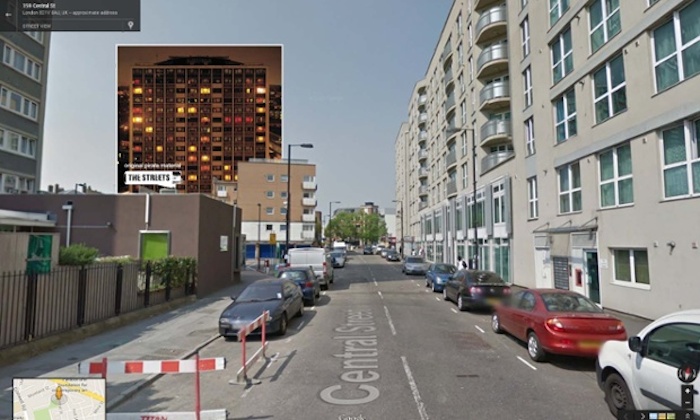