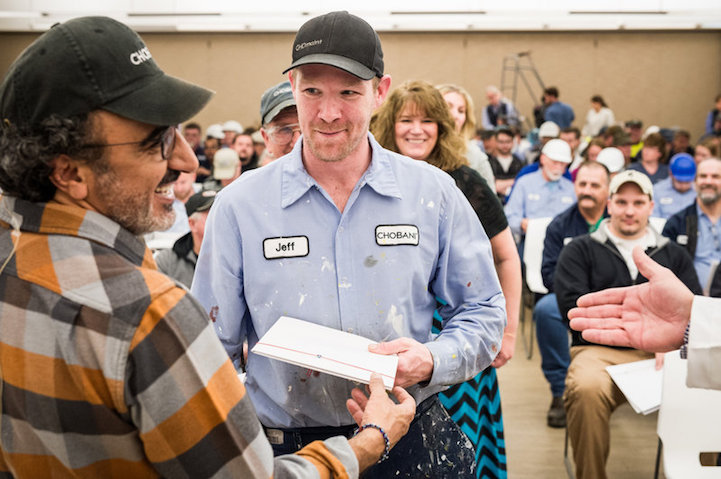 When you’re an employee at a company–regardless of its industry–you want to feel like your contributions matter, and that your hard work doesn’t go unnoticed. For the staff at Chobani, a rapidly growing Greek yogurt company, their dedication has been rewarded in a way they didn’t expect. Two thousand full-time employees were recently handed an ownership stake that could potentially make some of them millionaires if the privately-held company is ever sold or goes public.

The grand gesture was the work of founder Hamdi Ulukaya, a Turkish immigrant who started Chobani in a defunct Kraft yogurt manufacturing plant in upstate New York. Since its humble beginnings in 2005, the company has grown to be worth an estimated $3 billion.

Ulukaya is passing along the prosperity of Chobani onto the people who were there from the beginning. Still a majority owner, the shares came directly from him. “I’ve built something I never thought would be such a success, but I cannot think of Chobani being built without all these people,” he told The New York Times. “Now they’ll be working to build the company even more and building their future at the same time.”

The announcement came as a surprise to employees. On Tuesday morning, each received a white packet that detailed information about how many Chobani shares they were given. This number was based on tenure–the longer a worker had been there, the bigger their stake.

In general, this financial move is a rare one–it’s uncommon to transfer shares to employees after the value of a company has been firmly established. Ulukaya’s gesture demonstrates a passion for more than just products or profits, but for the people working every day to make it successful. 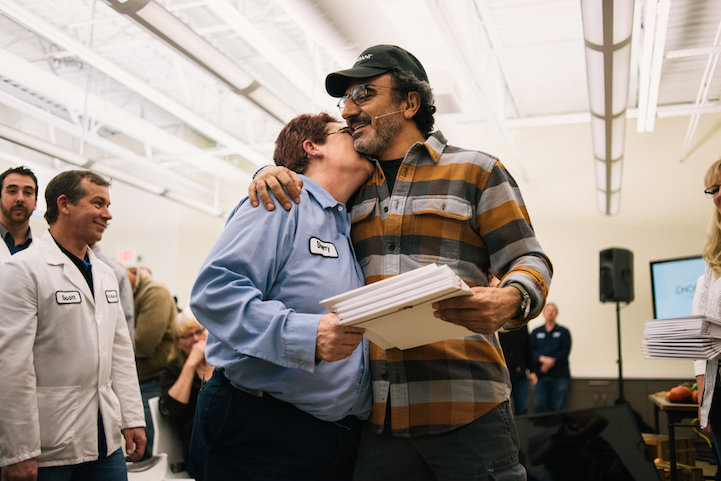 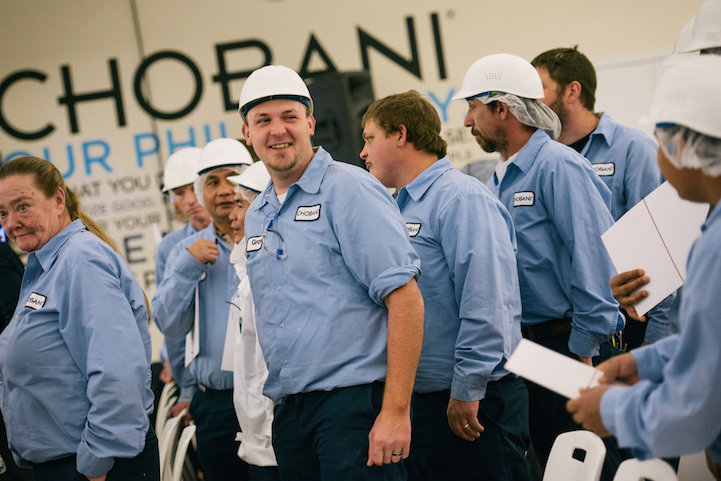 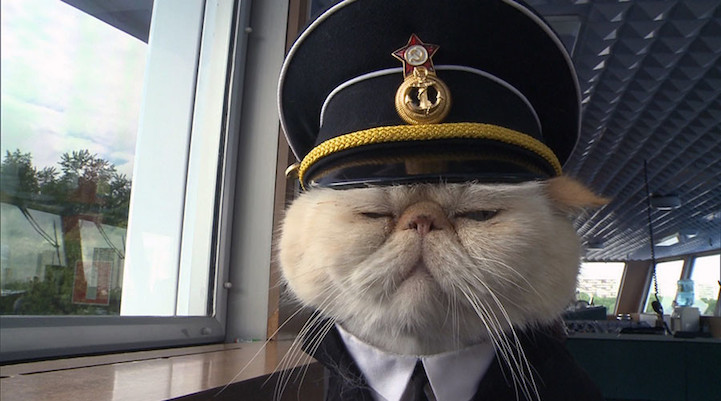