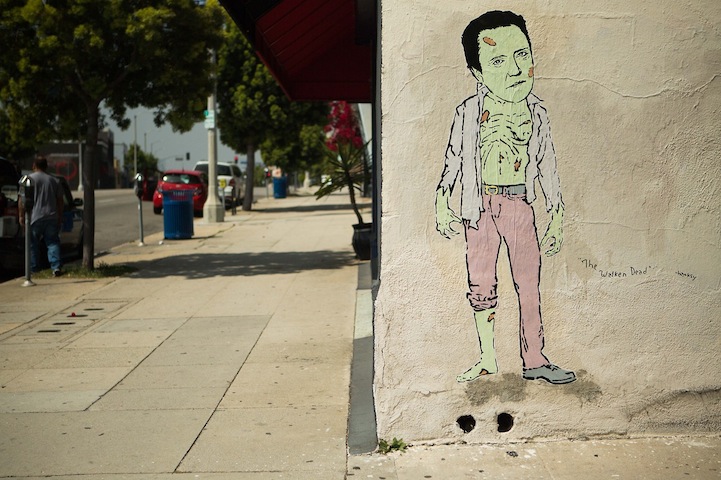 Hanksy has a whole new set of hilarious images! The artist has been growing his collection of funny street art this year in preparation for a solo show at Gallery1988. The artist, who originally began his career parodying Banksy exclusively with images of Tom Hanks, has expanded his list of celebrities to feature in his pun-filled works.

The artist's latest works reveal his signature blend of toilet humor and creative style of combining various forms of pop culture to create something new–like Buster Bluth's face and hook hand on Slimer's body to generate Ghost-Buster Bluth. His hilarious play on words also turn acting legend Christopher Walken into a zombified version of himself, la The Walking Dead, and handsome Oscar-nominee Bradley Cooper into a restroom fixture as Bradley Pooper. 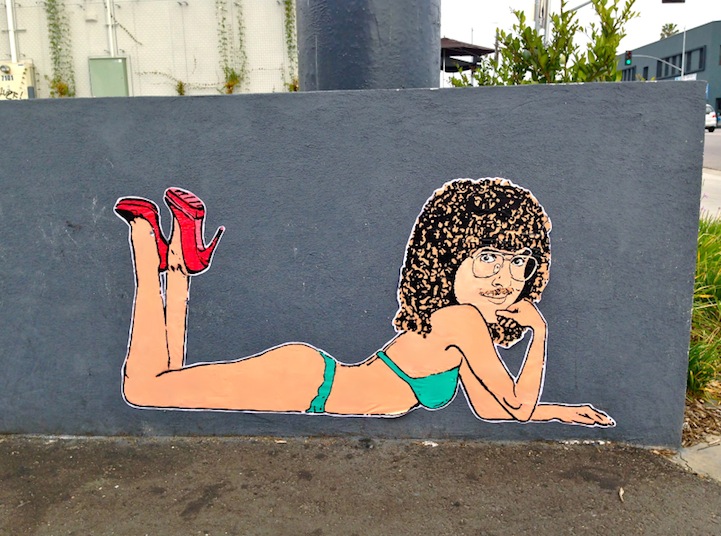 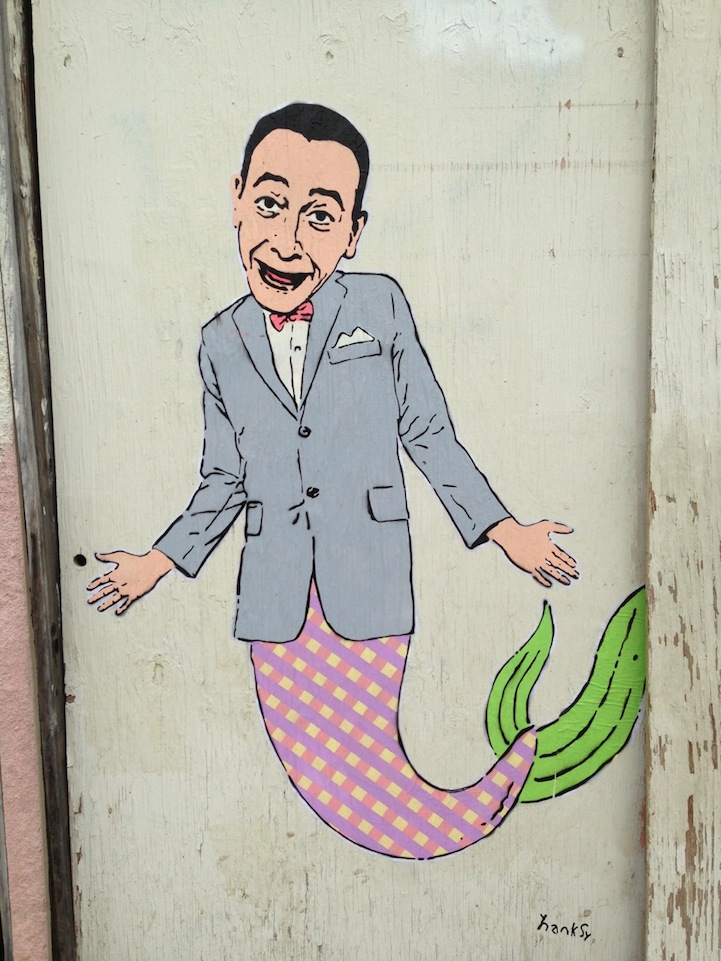 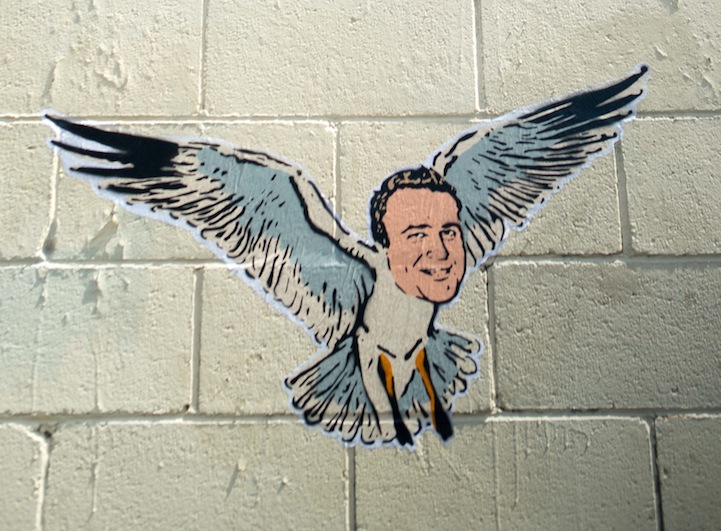 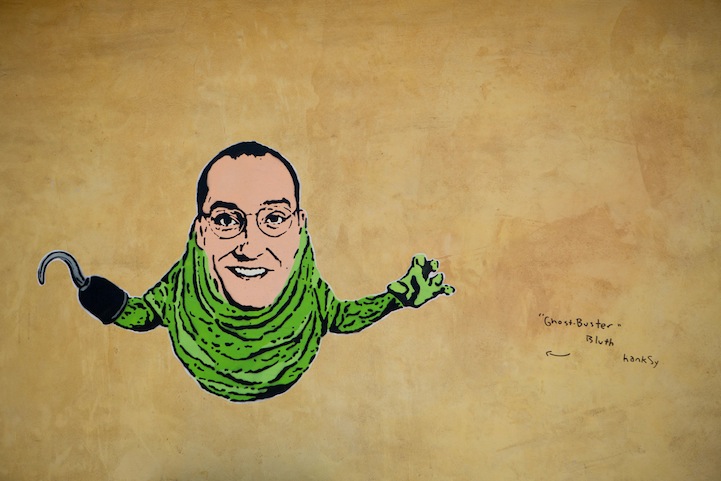 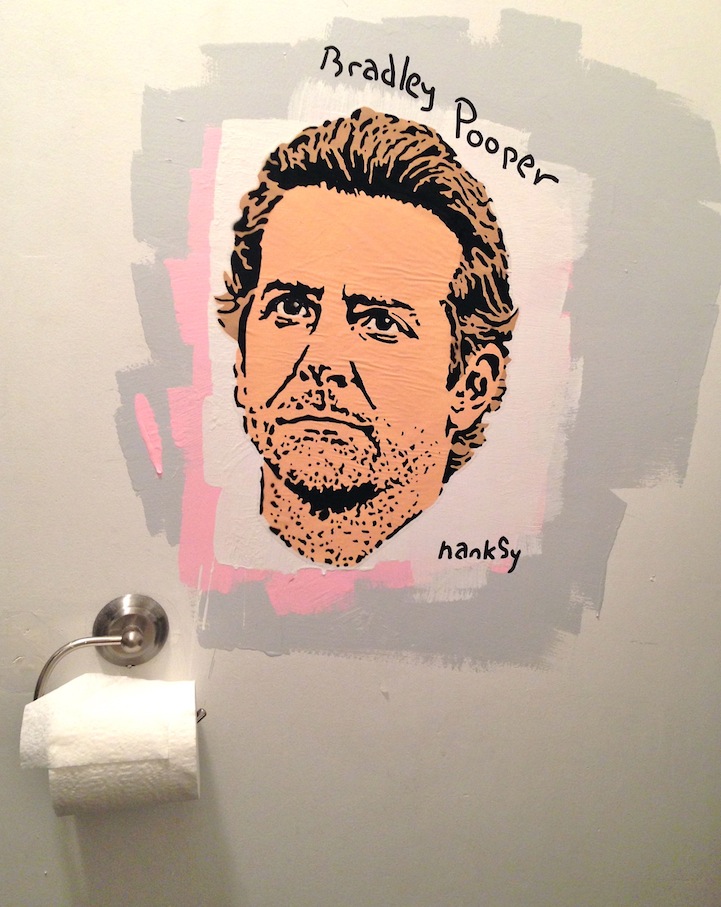 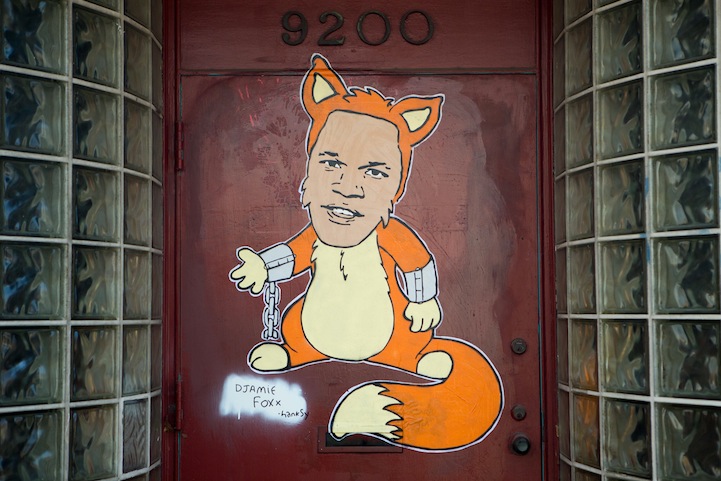 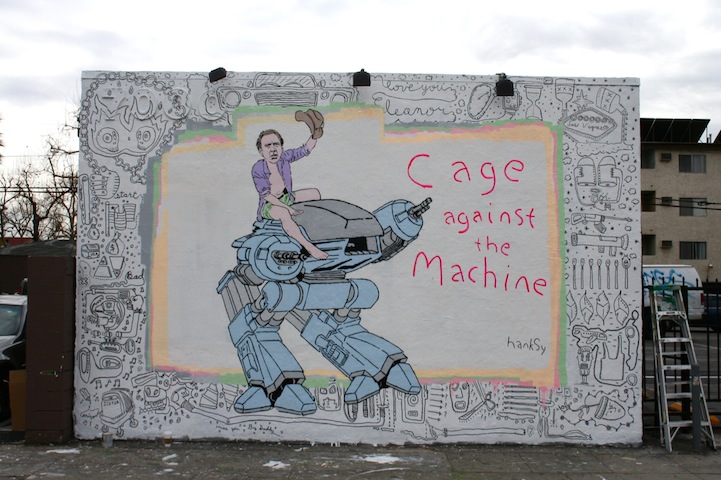 Cage Against the Machine 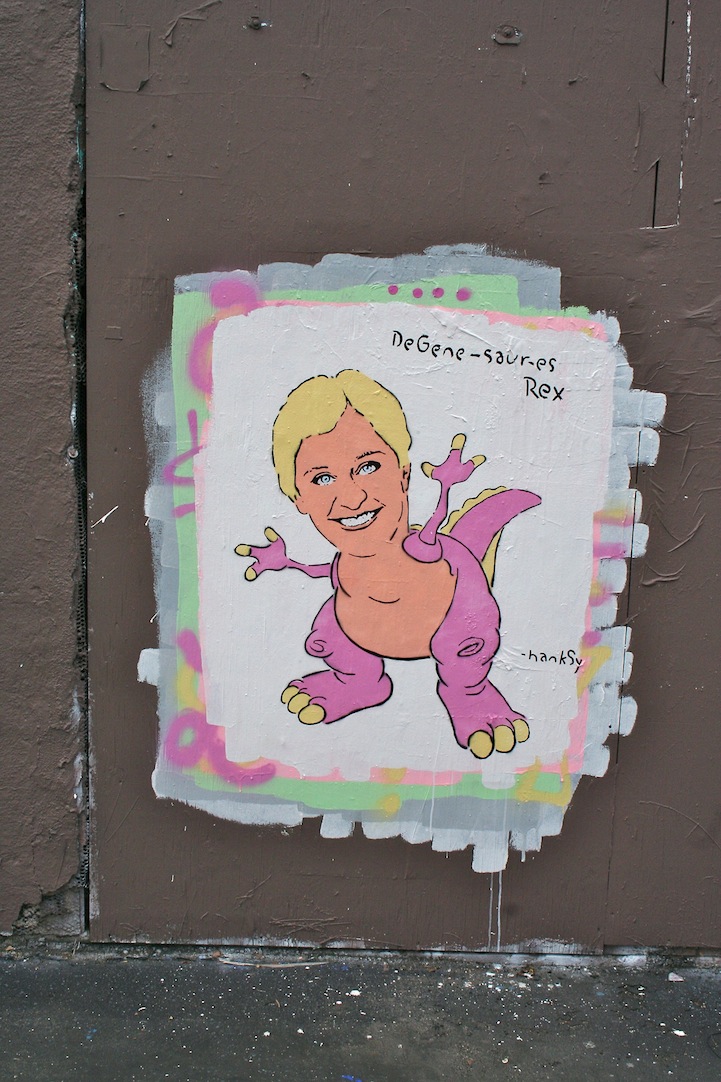 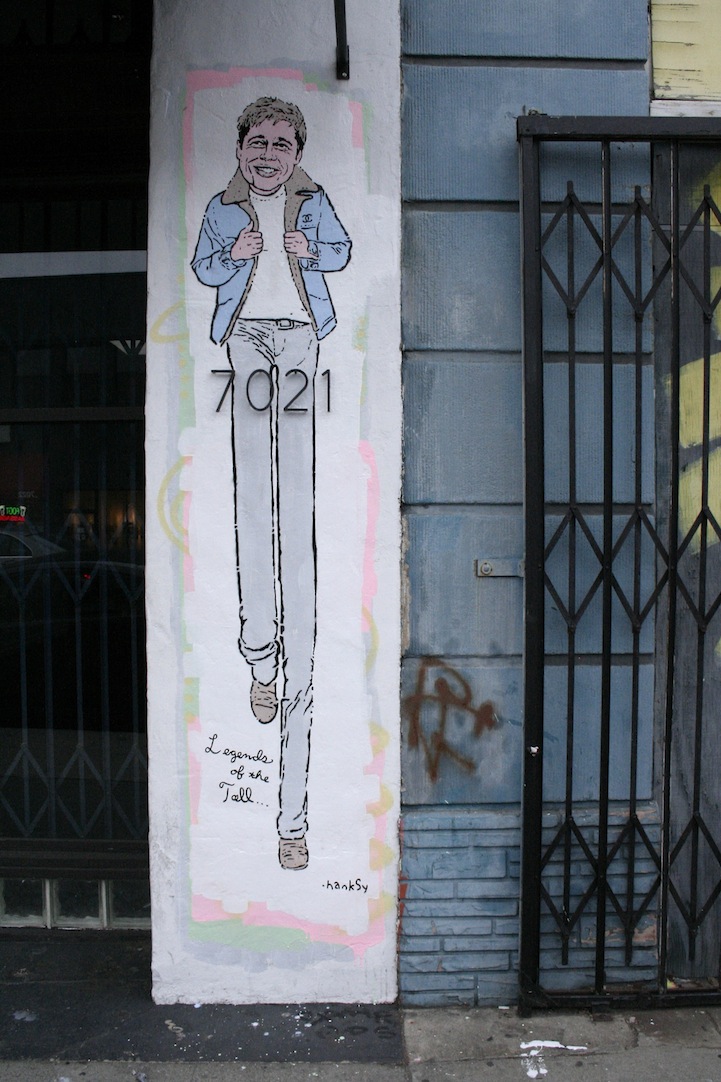 Legends of the Tall 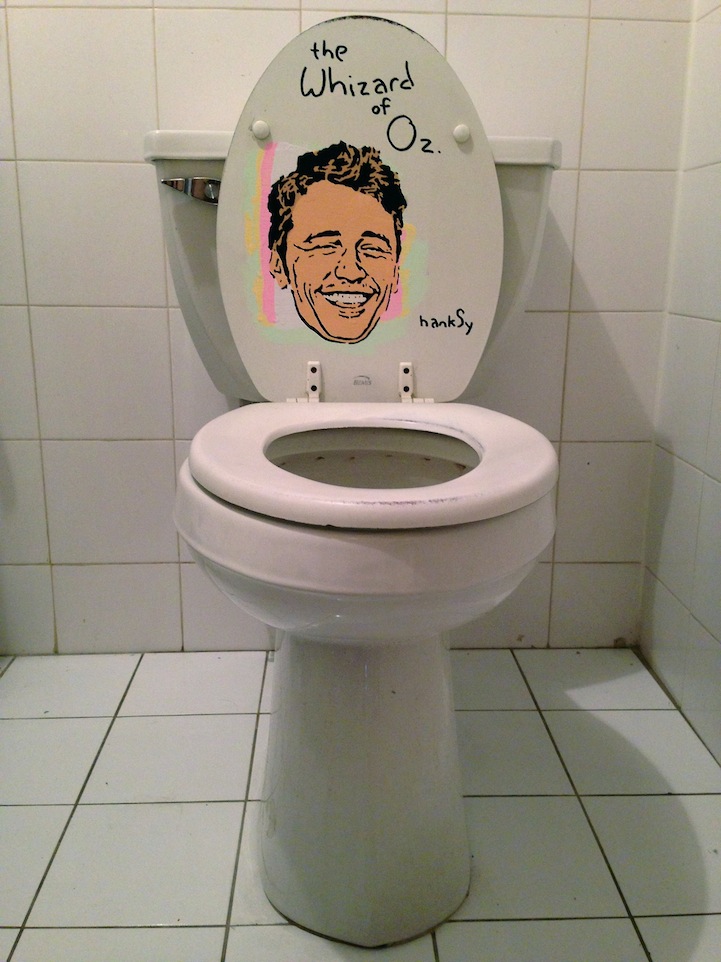 The Whizard of Oz 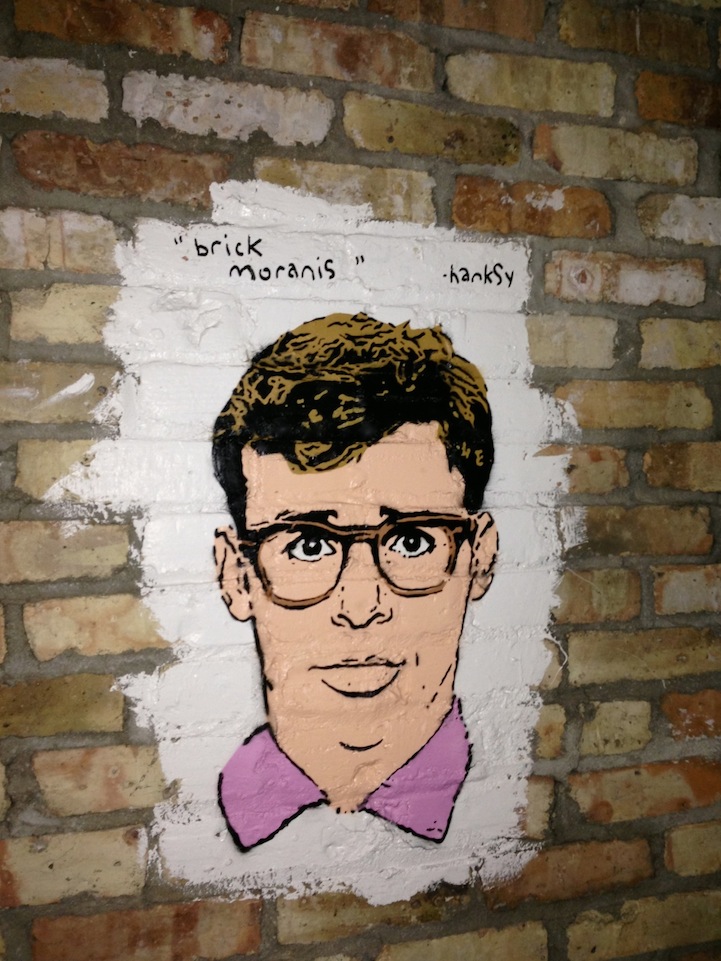 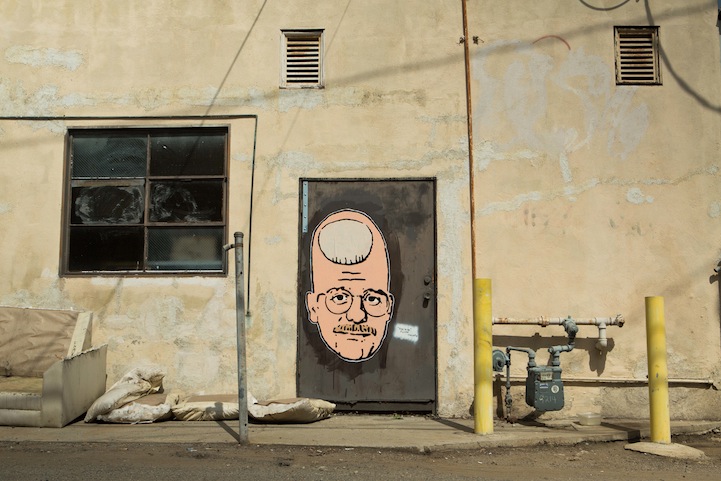