Incredible ‘Mini Museum’ Is a Collection of Earth and Beyond 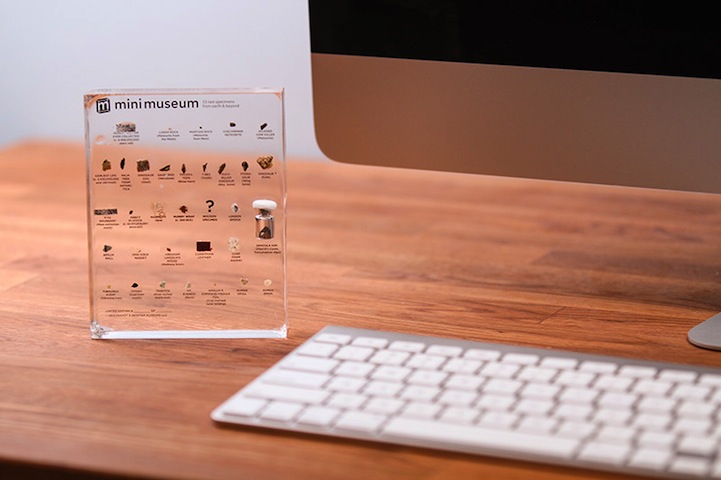 Hans Flex has collected natural wonders and historical artifacts and encapsulated them in a portable selection of curiosities, which he has aptly named Mini Museum. For the past 35 years, Flex acquired specimens from around the world and throughout time, including mammoth hair, the Berlin Wall, the Apollo 11 Command Module, and even a dinosaur egg. He worked with specialists recommended by museum curators, research scientists and university historians and amassed 33 objects which were fragmented and inserted into translucent resin. The fully-labeled Mini Museum is small enough to easily sit on your desk or hold in the palm of your hand.

Flex's inspiration for the project came from his father, a research scientist and a Director at the National Institutes of Health, as well as an avid collector who kept relics at their home. The family lived near Washington DC which afforded them the opportunity to visit the Smithsonian museums and see dinosaur bones, meteorites, and rockets almost every weekend. Flex is a product designer by trade, and he translated his skills into a minimal yet engaging object that's a mixture of science and popular culture.

If you're enthralled by the Mini Museum and want one for yourself, you aren't alone. Flex is currently raising funds through Kickstarter to produce his unique undertaking on a large scale. Considering how interesting the artifacts are and their wide appeal, it's no wonder that he's already raised well over 10 times the amount requested. 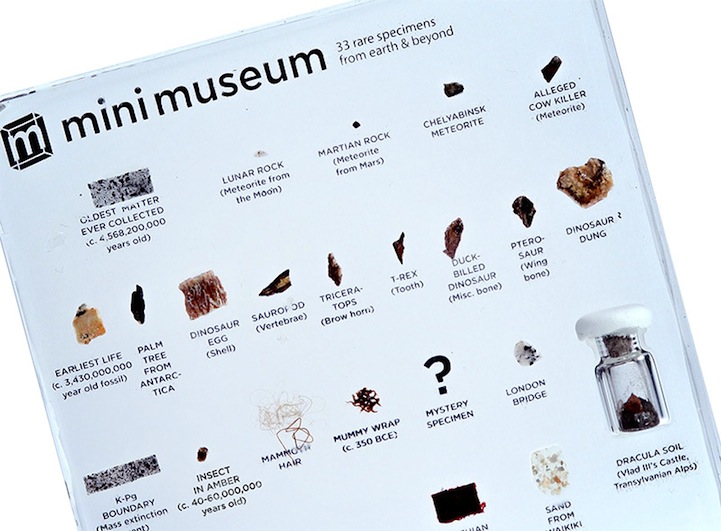