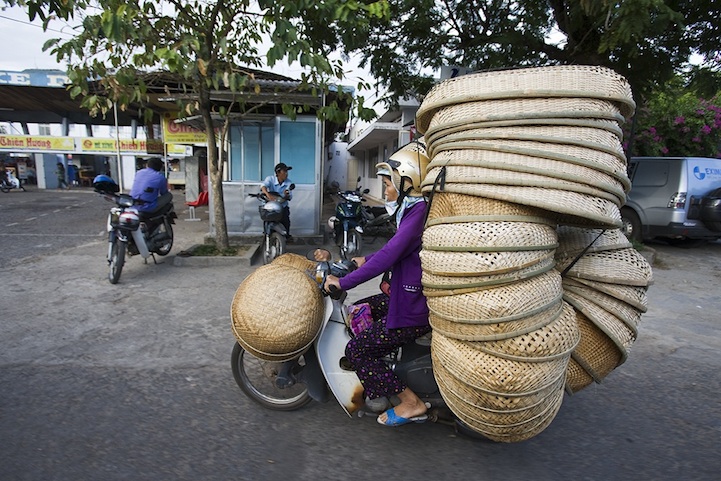 Photographer Hans Kemp is behind a fascinating series called Bikes of Burden, photos that show motorbikes carrying incredible loads of stuff. With almost 90 million vendors and consumers buying and selling something on virtually every street corner, Vietnam is the perfect place to capture amazing scene after scene of cargo being carried on the back of motorbikes. Why is the motorbike so prevalent in that country? “One of the main reasons for this enormous variety lies in the obsession with fresh ingredients for every meal,” explains Kemp. “No frozen meat or fish here, the way to the consumer is short and direct: from the farm, the abattoir and the dock. Only very recently butchered if must, still alive if can.

“So instead of transporting large quantities in one time, many loads of small quantities get transported all the time and the bike is the preferred mode.”

He continues, “It seems that every household in Vietnam has at least one bike. In the city, narrow streets and traffic congestion make the bike by far the fastest way of transporting people and goods around.”

The series is called a “tribute to the motorcycles and drivers as the backbone of the Vietnamese economy.” You can buy the book of the same name, Bikes of Burden, which shows 148 full color photographs of Vietnam's magnificent motorbike culture, on Amazon. Makes me want to visit. 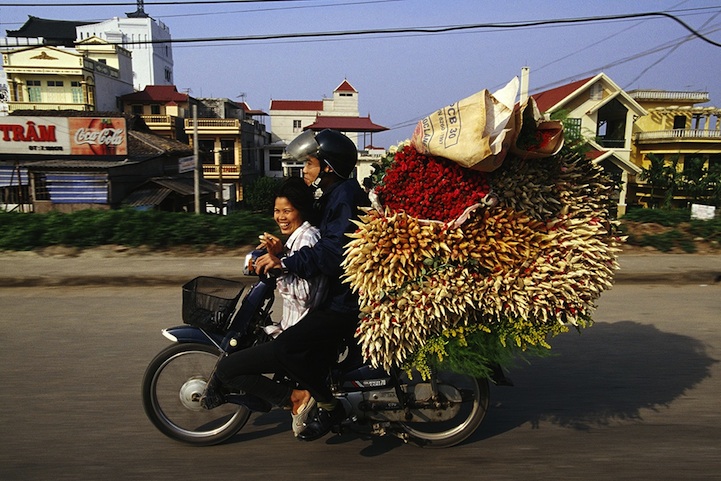 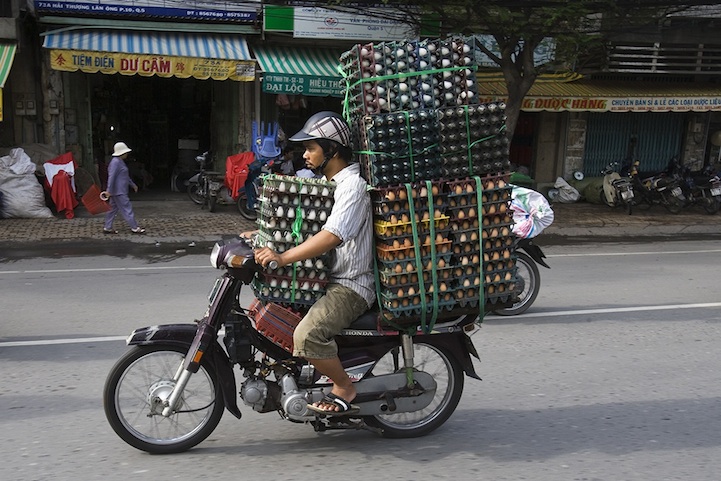 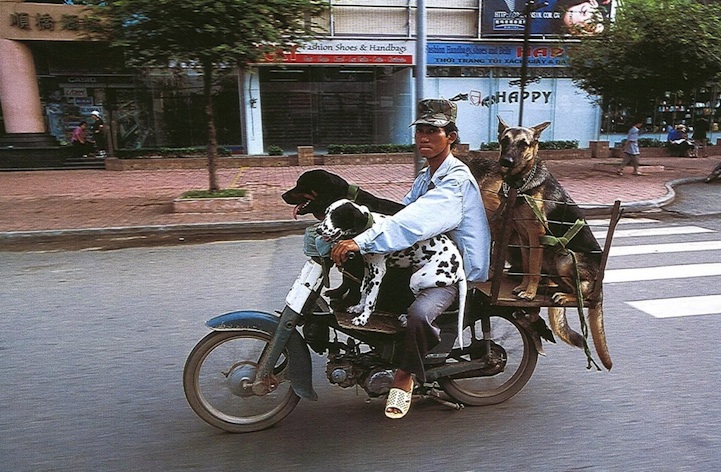 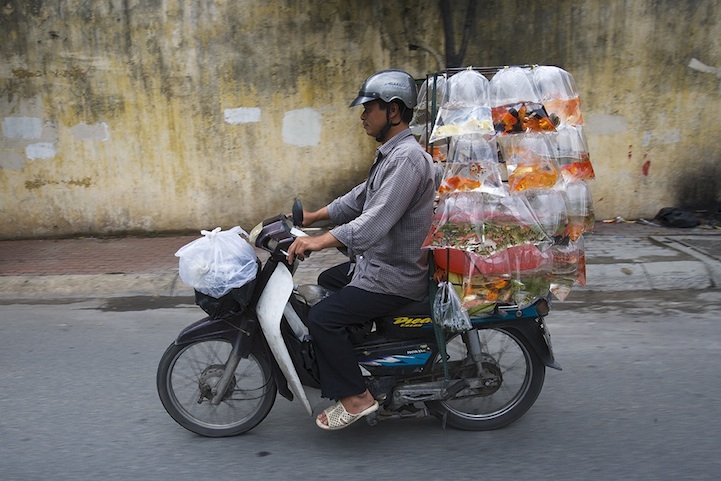 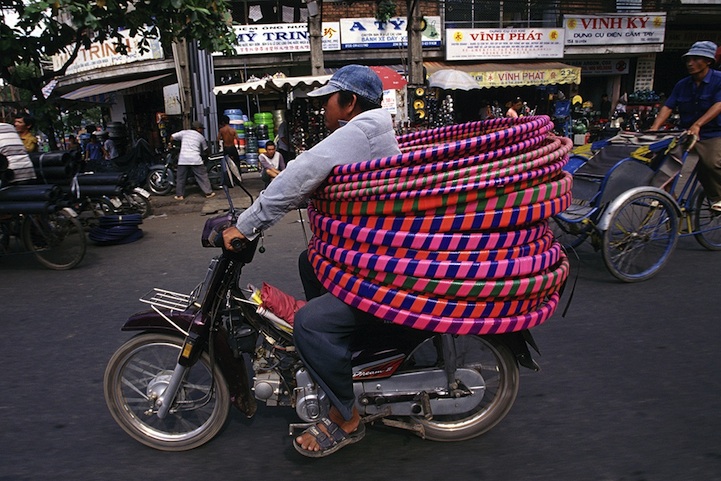 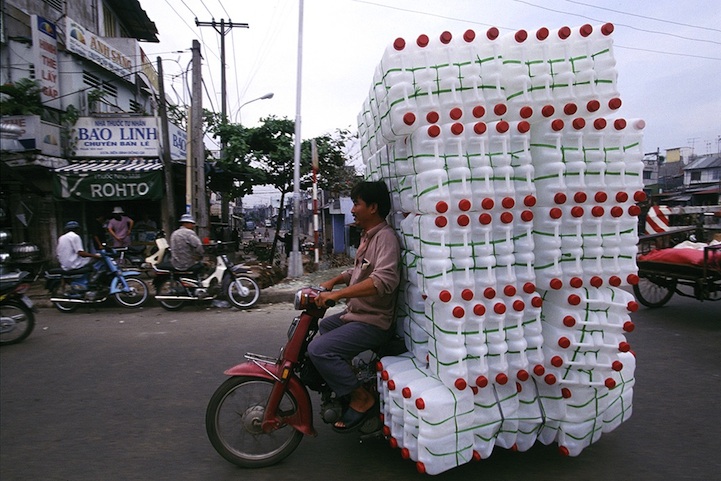 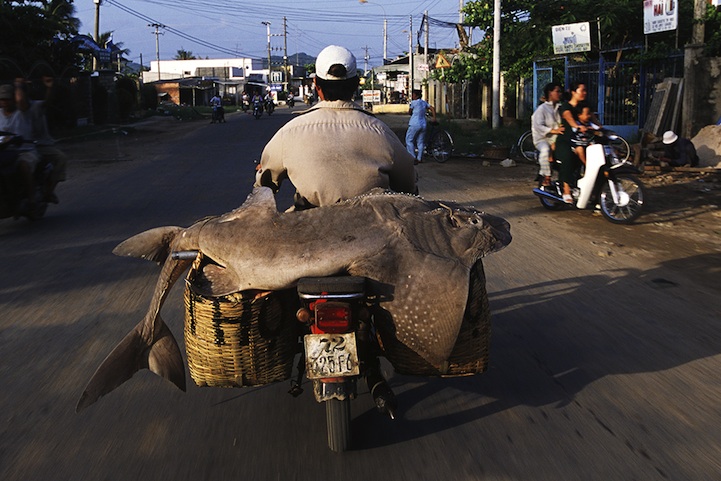 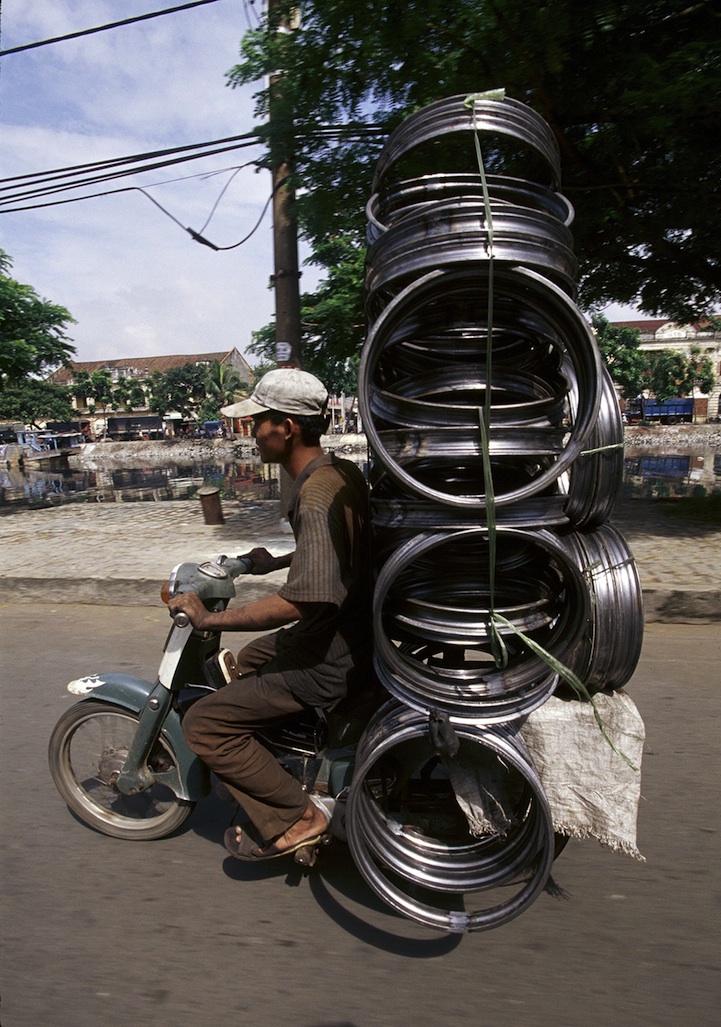 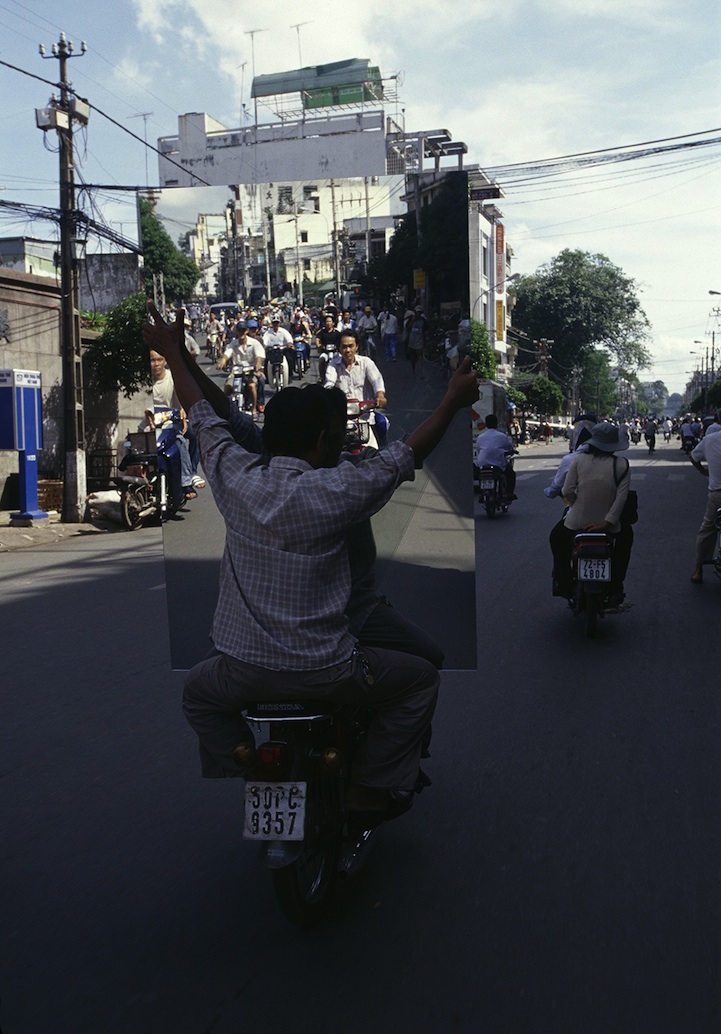