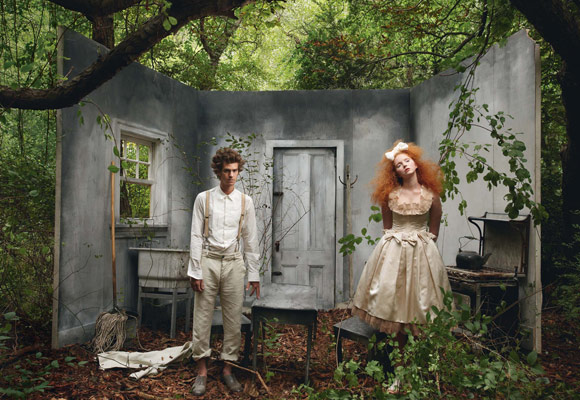 If anyone can bring a fairy tale to life, there is no doubt in my mind that it would be Annie Leibowitz. Using elaborate sets and costumes, she recreates the story of Hansel and Gretel. The spread, titled Little Girl & Boy Lost, appears in the December 2009 issue of Vogue. Inspired by Richard Jones's production of the 1893 Engelbert Humperdinck opera, opening December at the Metropolitan Opera, the gorgeous photo shoot even features a surprise guest, Ms. Paparazzi herself (aka Lady Gaga). See if you can spot her. First photo: (above) Brother and sister are home alone with not a morsel to eat. In Vogue's interpretation of the Met's production, which opens December 14, Hansel and Gretel are played by actor Andrew Garfield and model Lily Cole. Far From Home 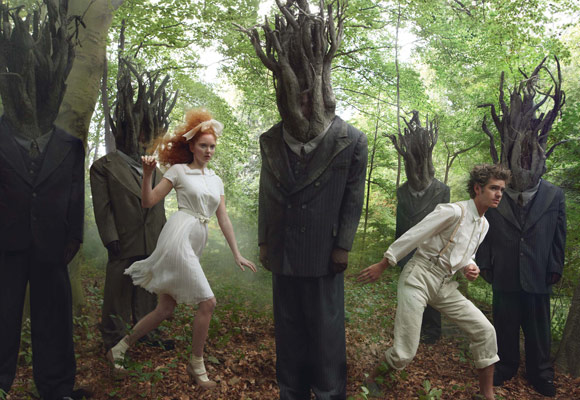 They venture out to hunt for wild strawberries in the woods, where Gretel's lily-white frock shines against the dark foliage of the Tree-men. Before long, though, they're hopelessly lost. Golden Slumber 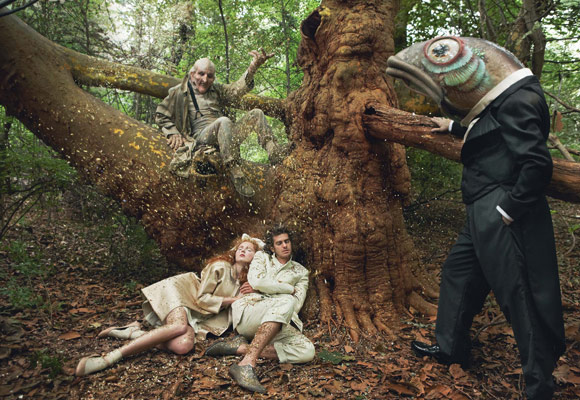 The Sandman (played here by Sasha Cooke, who has appeared in the Met's production) sprinkles magic dust onto the frightened children, who fall into a deep sleep and dream about a banquet served by a fish matre d'. Wicked 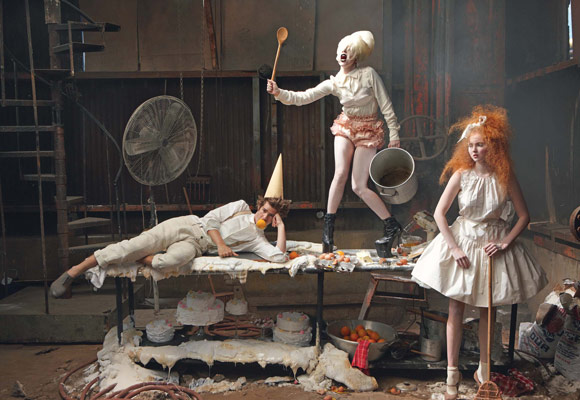 The two discover a house in the forest, only to find it occupied by an old witch (portrayed here by Lady Gaga). Gretel looks sweet enough to eat in a poufy confection. But it's Hansel the evil one wants to fatten up and feast on. Feed the Flames 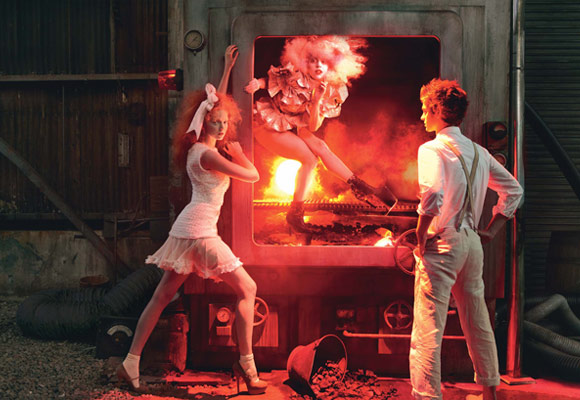 Before the witch can cook Hansel and Gretel–whoosh–they push her into the oven and shut the door. The Witch Is Dead! 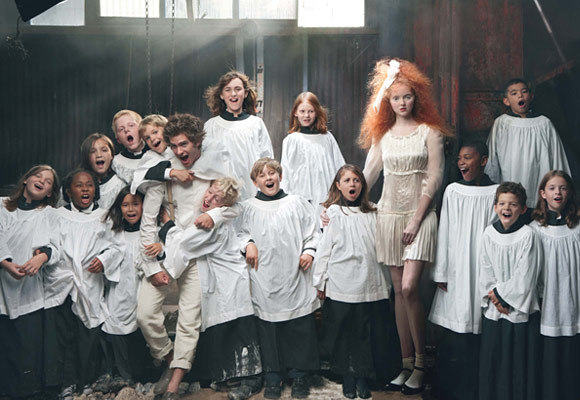 The children (here, the Junior Choristers of Grace Church in New York City) baked into gingerbread by the hag come back to life. In case you'd like to refresh your memory, here's a quick synopsis of the story by the Met. Vogue