Hand-Painted Iconic Portraits Made of Headshots 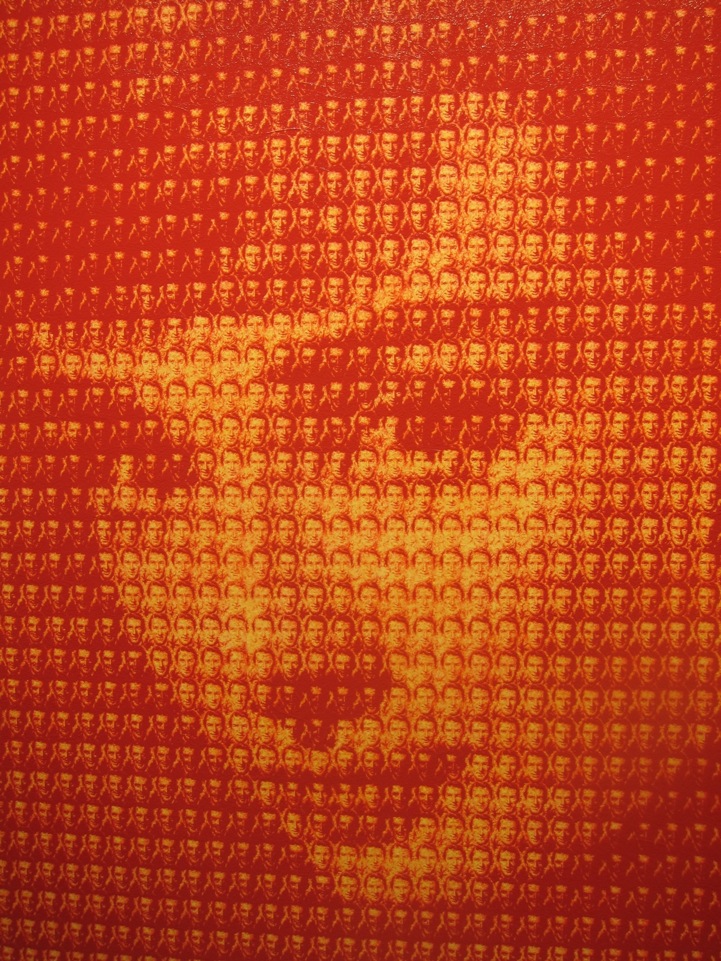 Though these images may seem like your average, recycled headshot of a classic star, they are, in fact, oil paintings made up of thousands of portraits of another established individual. Korean artist Kim Dong Yoo paints multidimensional portraits of iconic figures, from Michael Jackson and Madonna to John F. Kennedy and Albert Einstein, comprised of various well-known individuals. Each of the subjects that make up the primary celebrity's portrait has some sort of connection to the larger picture, whether they be an affirming or oppositional individual.

Using the leading stars of the Oscar-winning film Roman Holiday, Audrey Hepburn's visage materializes from the meticulously painted and evenly aligned, numerous Gregory Peck portraits. What's absolutely remarkable about each of the artist's pieces is that he hand-paints every one of the thousands of portraits that compose the overall image. There is such a steady repetition of the same picture that they appear like a series of stamps. Instead, the painter sets a grid and uses a reference copy of the portrait at his side to recreate each separate image.

The painter's diligently executed portraits are currently on display at Hasted Kraeuleter in New York until March 24, 2012. Check out the video, below, that gives a firsthand perspective of the exhibit at its opening reception, especially if you're not the New York area. 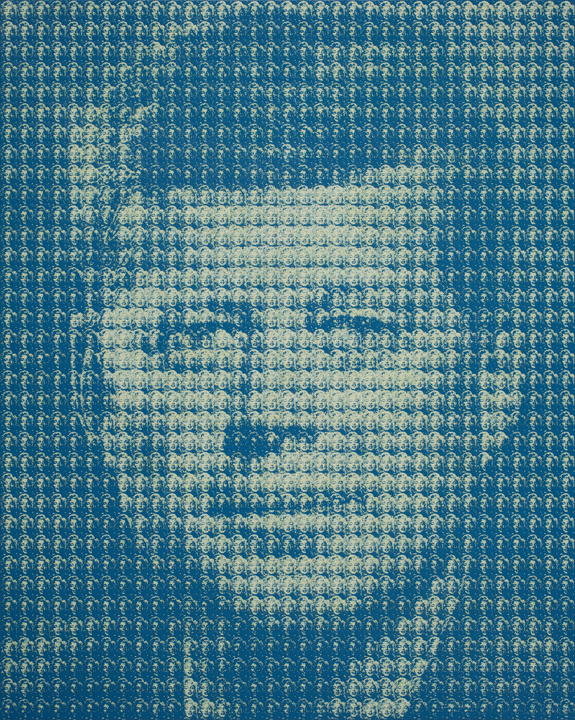 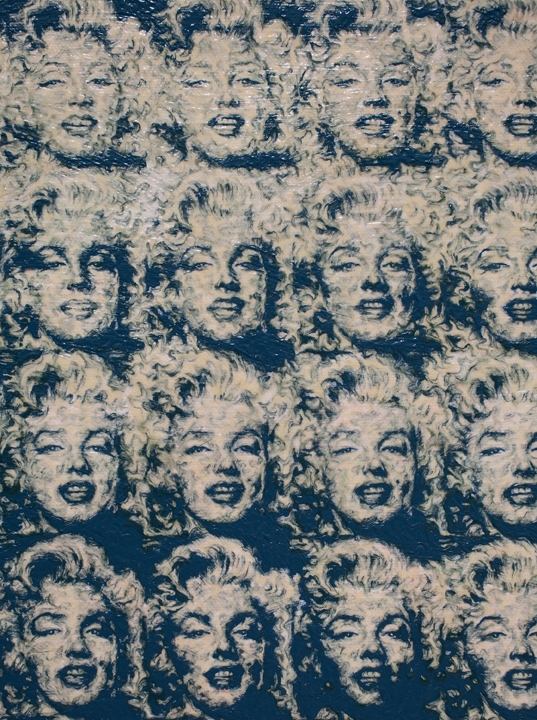 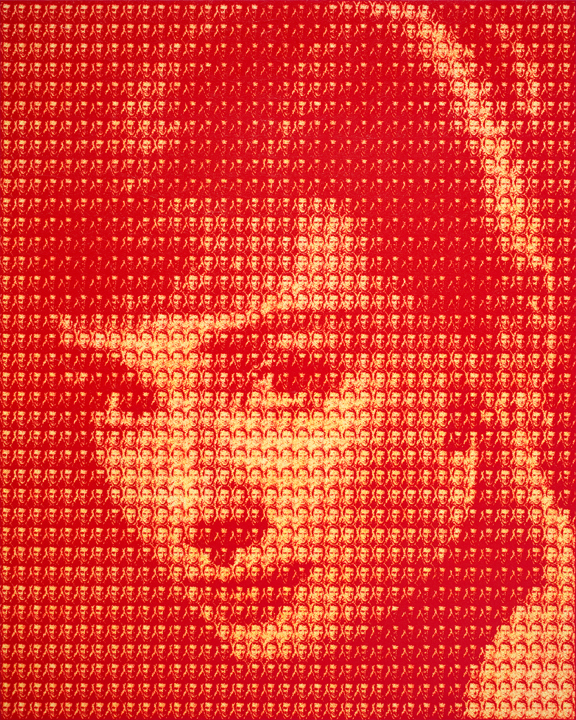 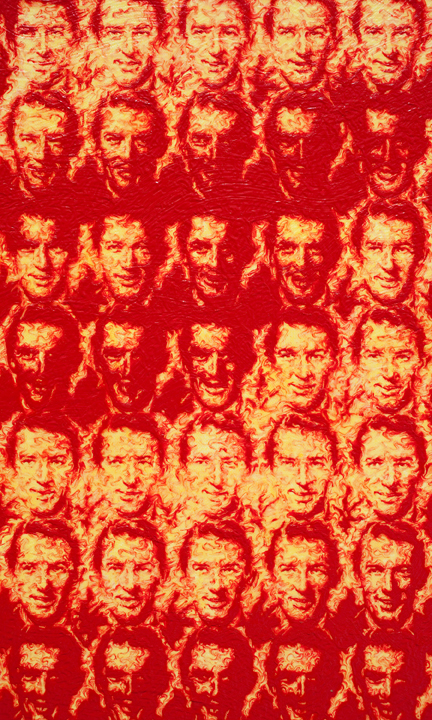 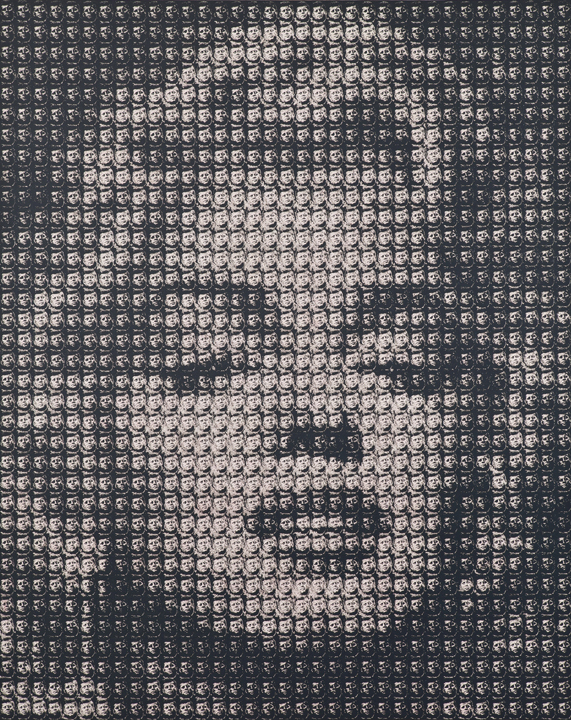 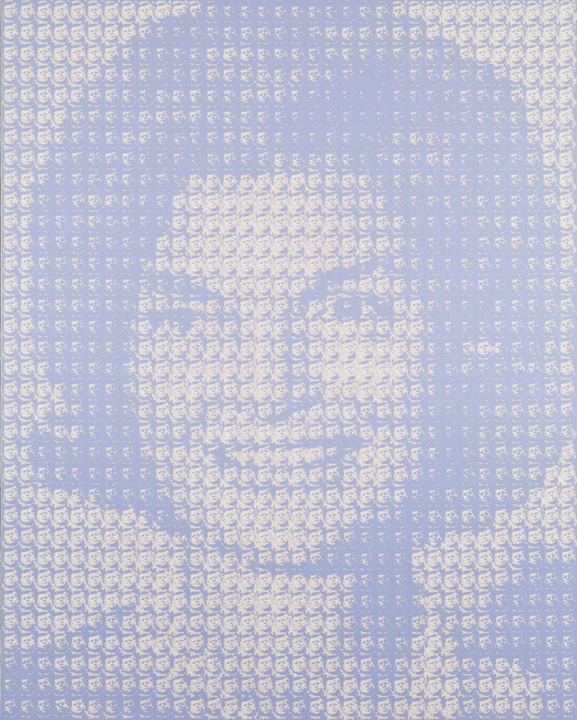 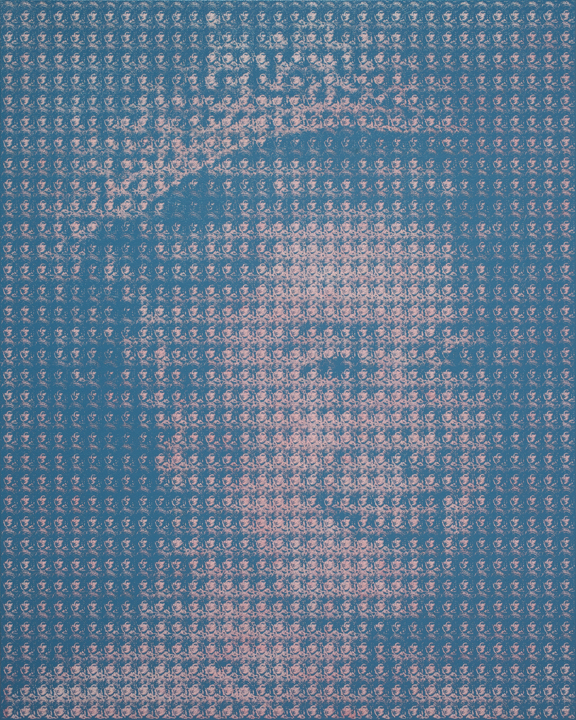 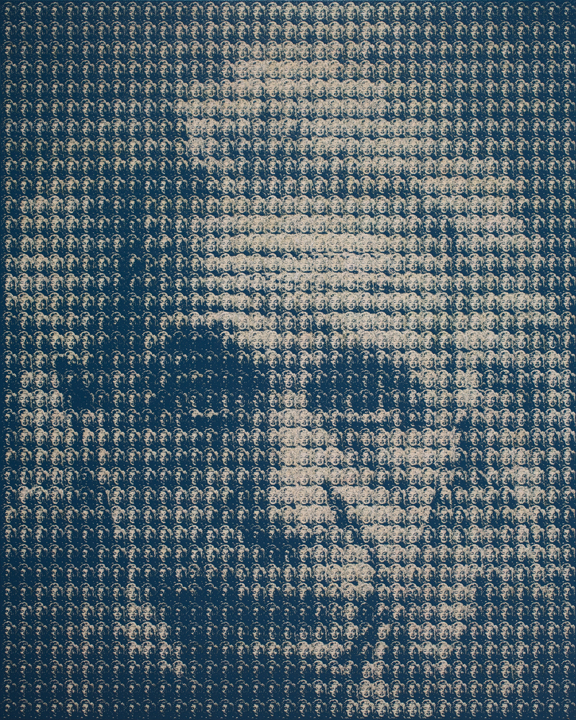 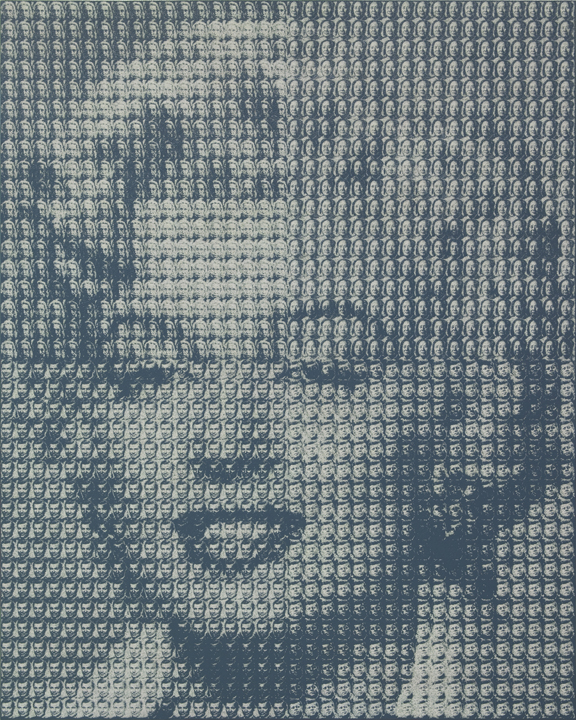 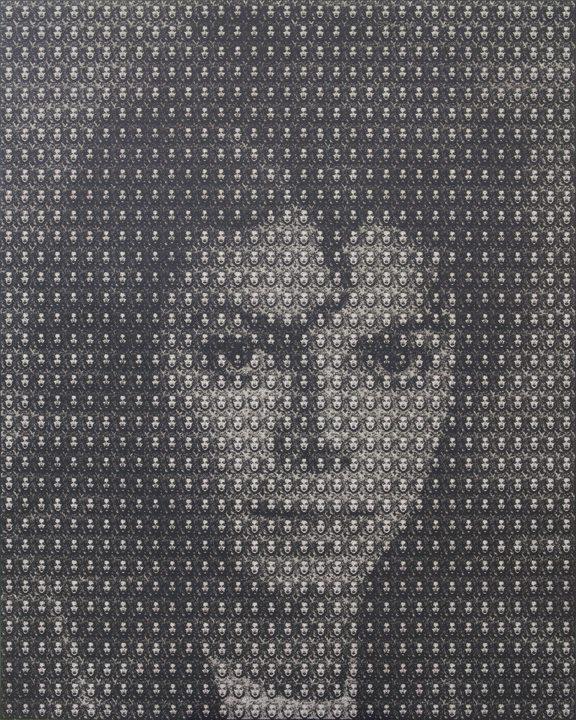