Heavenly Cities in the Sky 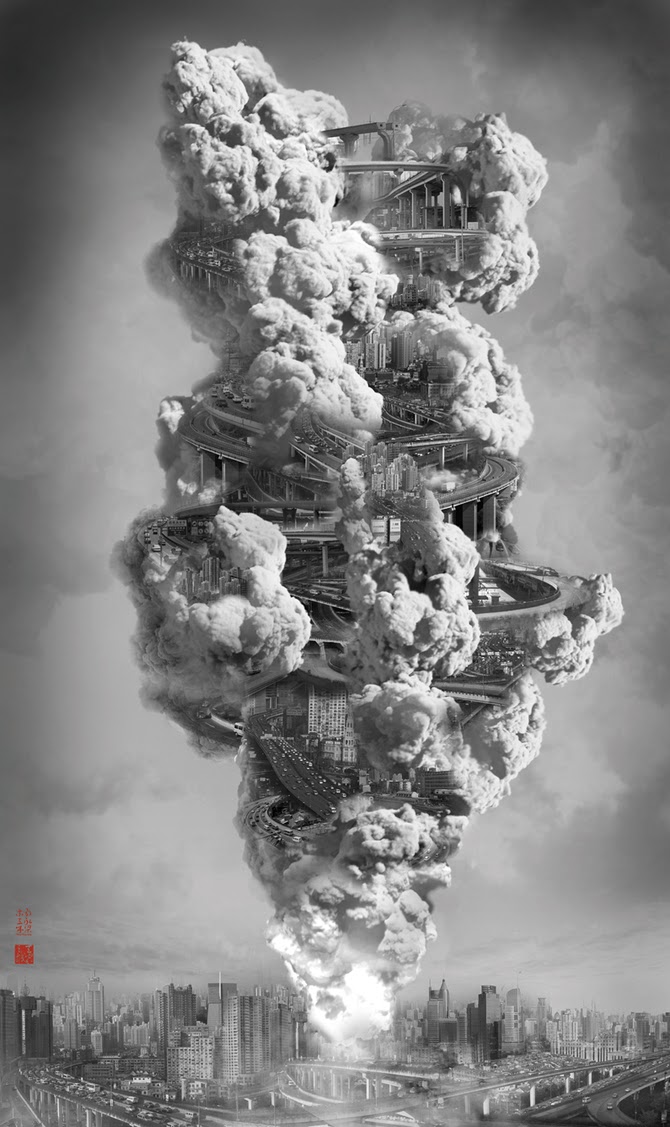 What do you see when you look up at the clouds? Artist Yang Yongliang's series Heavenly City depicts a metropolis in the sky. He uses three elements to create these otherworldly, elongated landscapes: photography, digital manipulation, and composition.

The Shanghai native, who was originally trained in traditional Chinese painting and calligraphy, has adopted the classic art form of Shanshui (landscape painting) and has combined it with modern technology. He has originated a new form of Shanshui that, instead of cherishing a natural world, criticizes a world filled with cars and skyscrapers devoid of nature. If you look closely, you can even see that the land is made of barcodes and clothing brand logos. Heavenly City is Yongliang's interpretation of globalization, urbanization, and the impact of consumerism in a modern world. 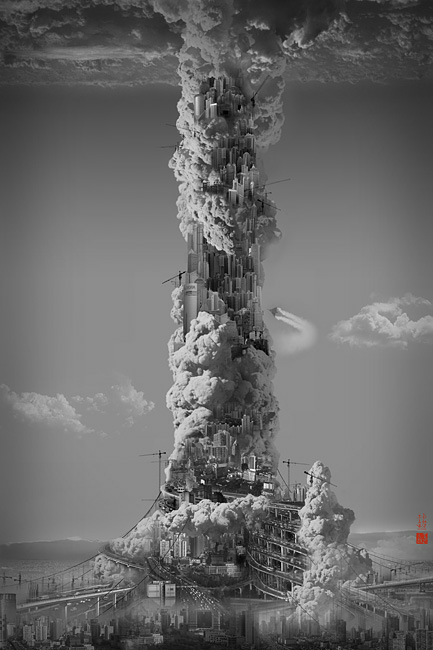 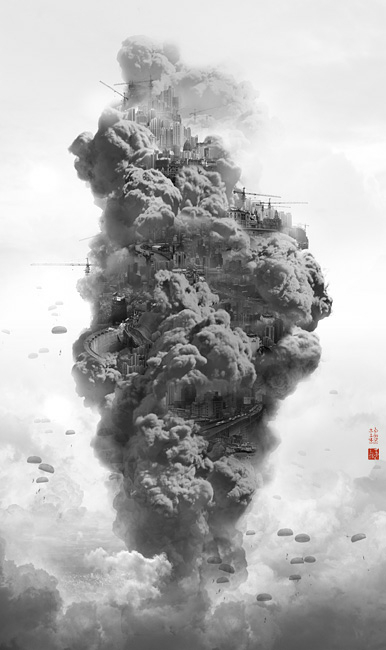 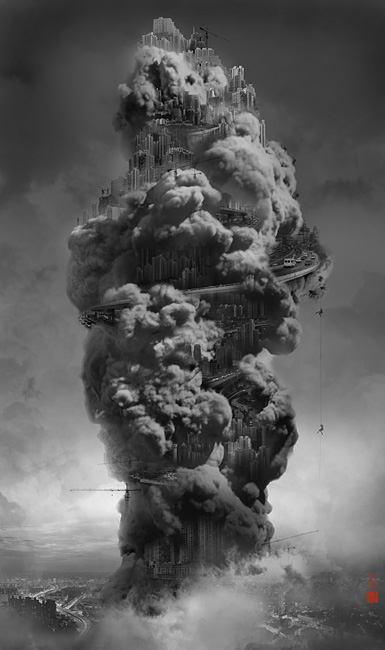 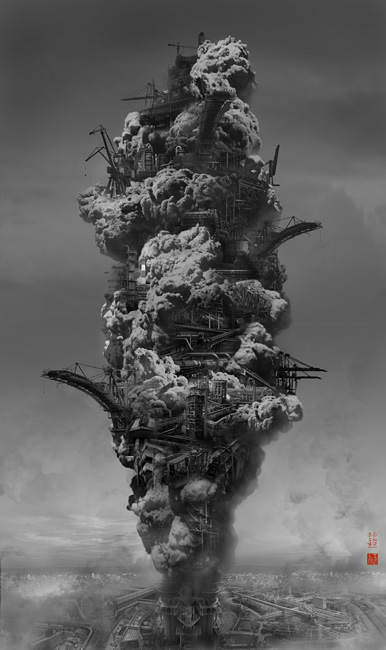 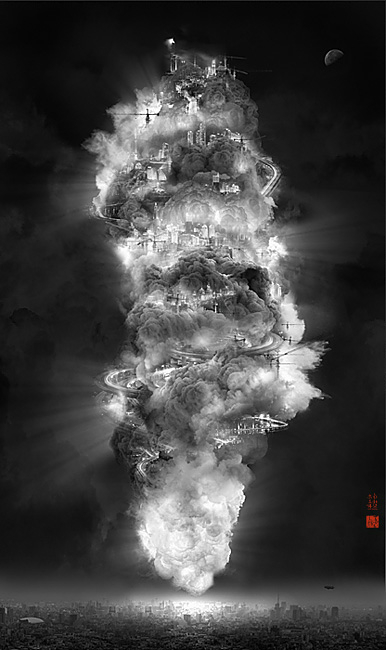