David Bowie celebrated his 68th birthday on January 8, and to mark this glorious occasion, illustrator Helen Green created an animated portrait that pays homage to the pop icon's sense of style. The rapidly moving image chronicles Bowie's looks from 1964 to 2014. If you couldn't imagine that one man would reinvent himself so many times, think again. He's donned mullets, eye patches, tiny scarves, and a lot of glam makeup throughout the years.

Green created this mesmerizing GIF out of appreciation of Bowie's evolution through his appearance. Her animation moves quickly, and we've included some of the still images below so that you can fully appreciate the range of his attire. Green has also compiled all 29 frames and arranged them in a single composition. They're available to buy as prints through Society 6. 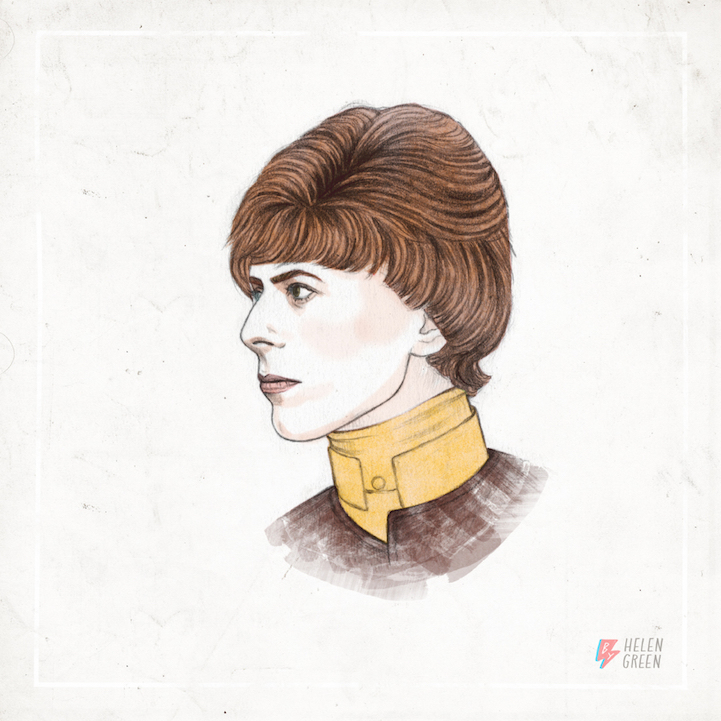 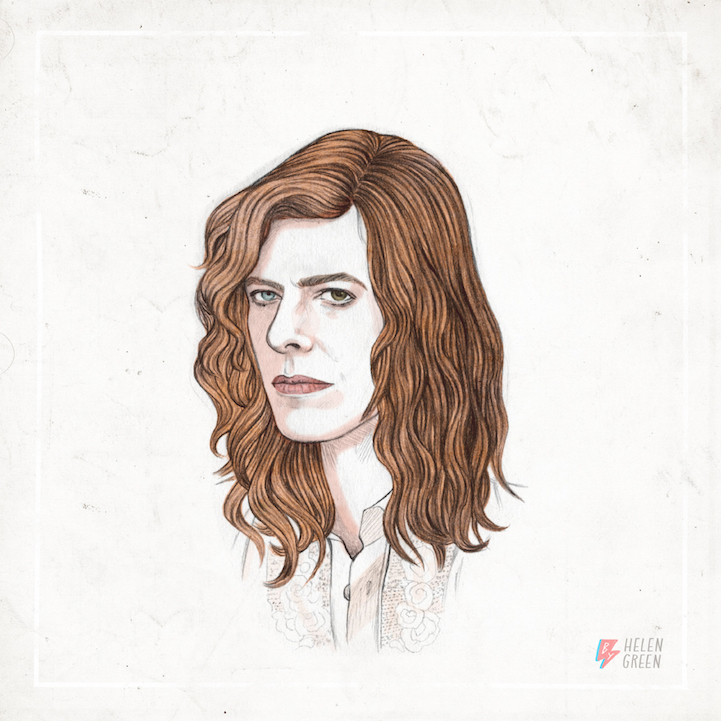 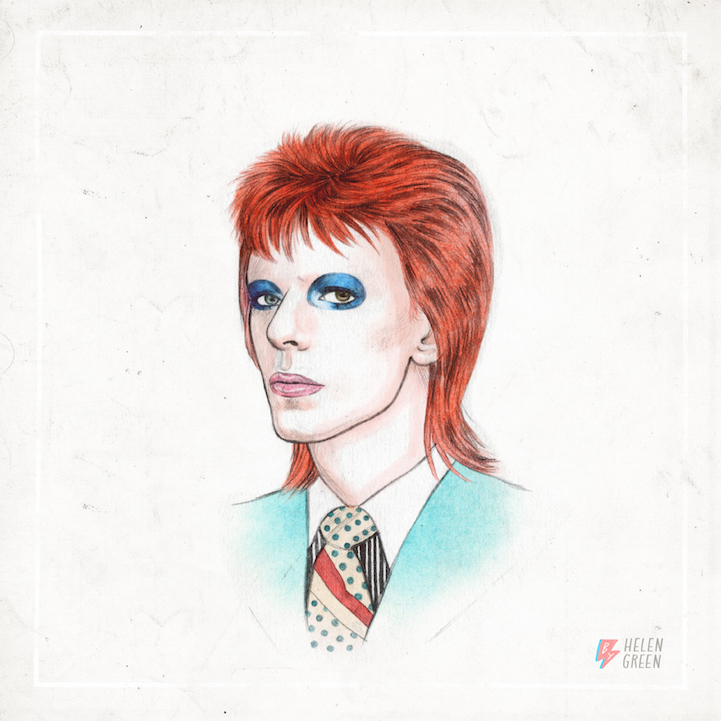 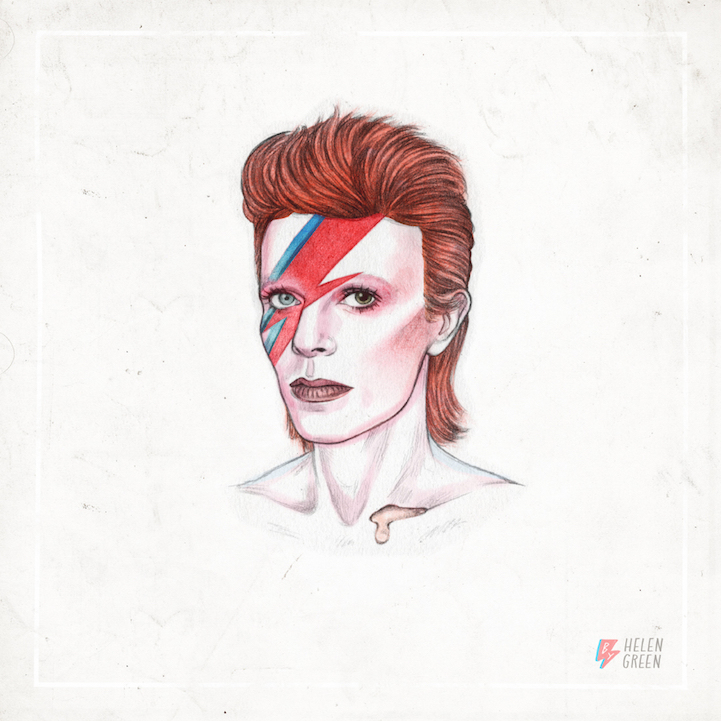 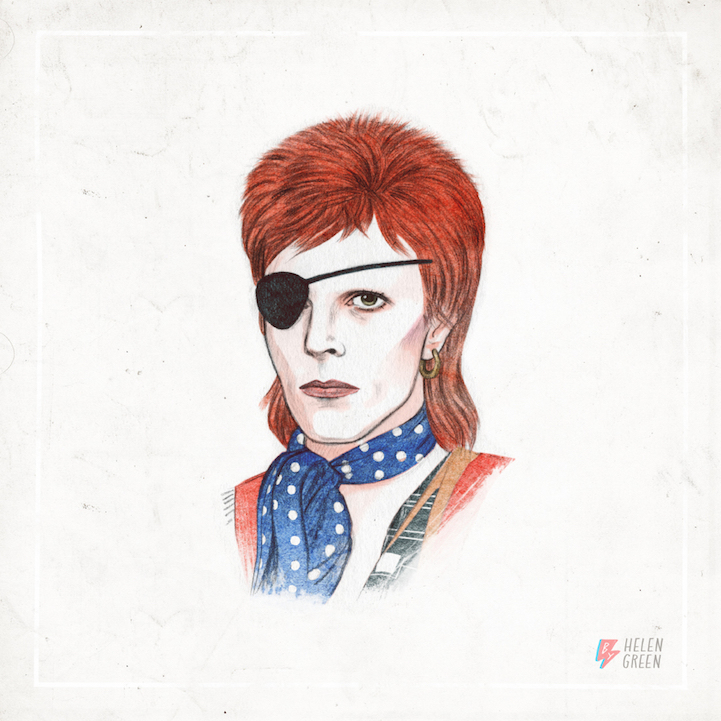 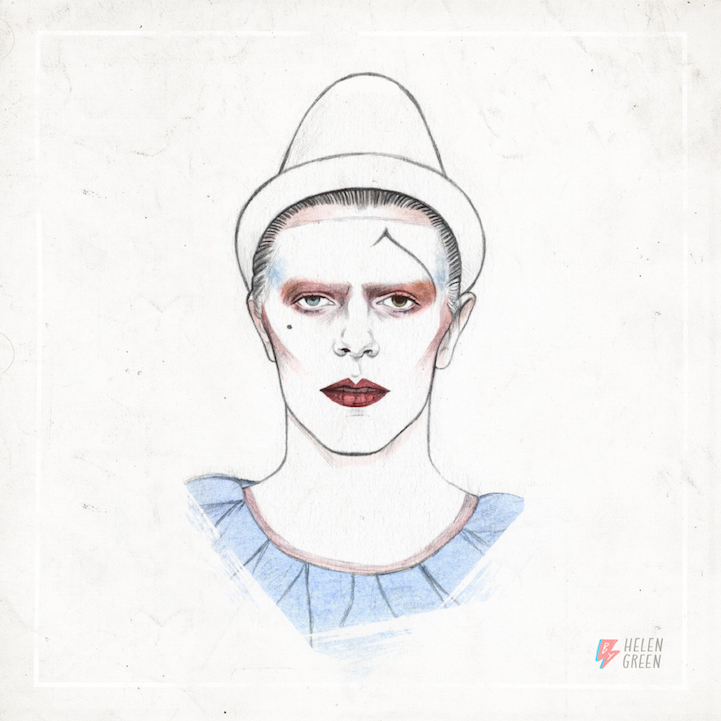 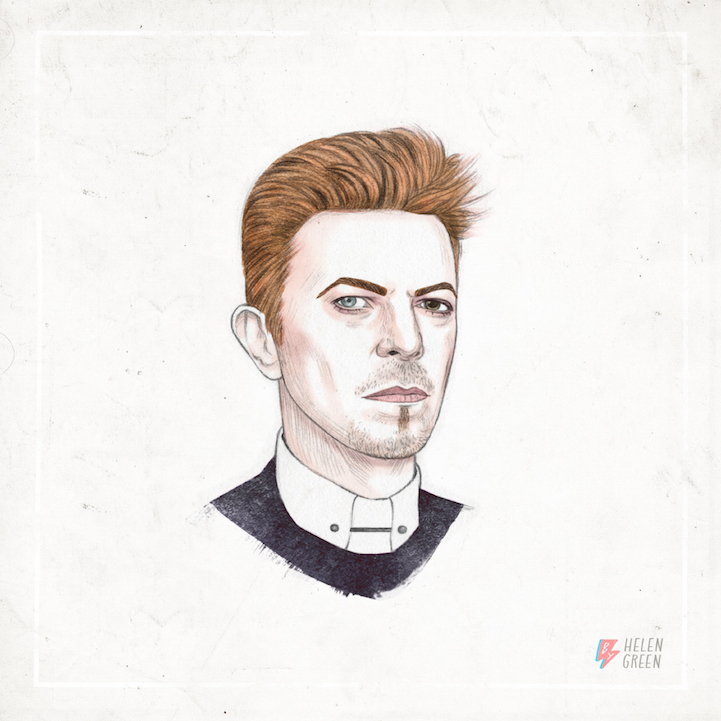 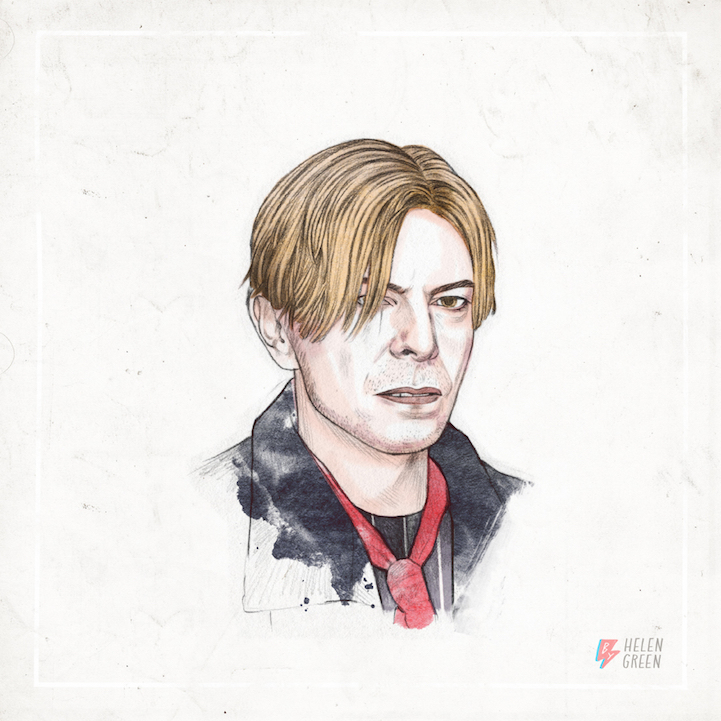 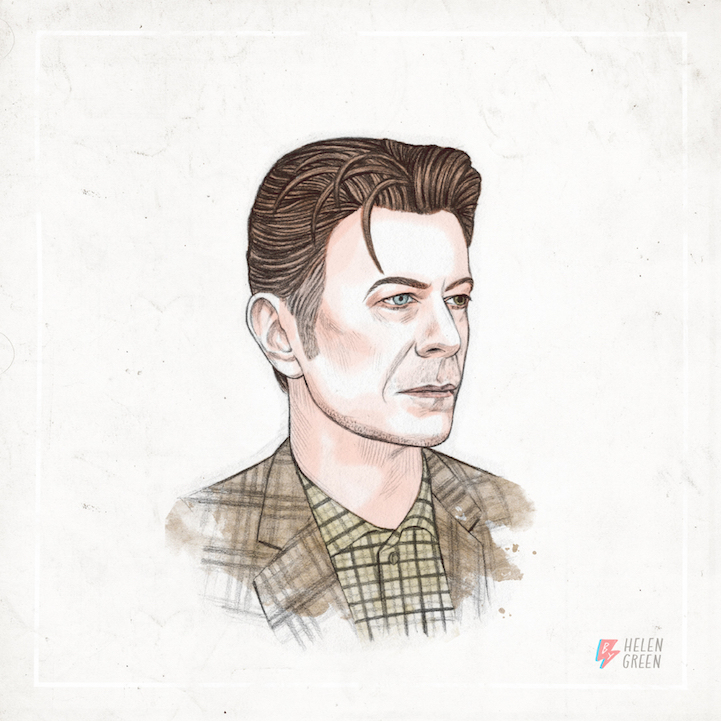 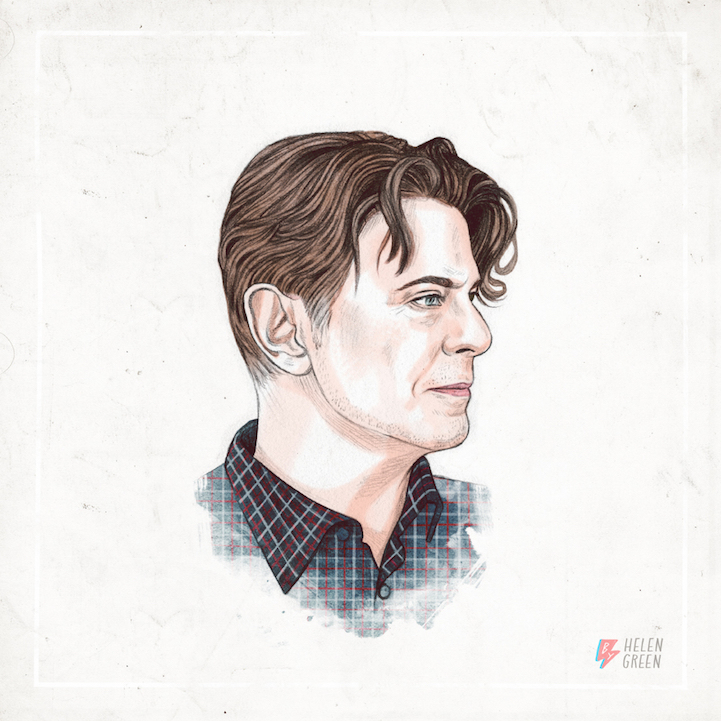