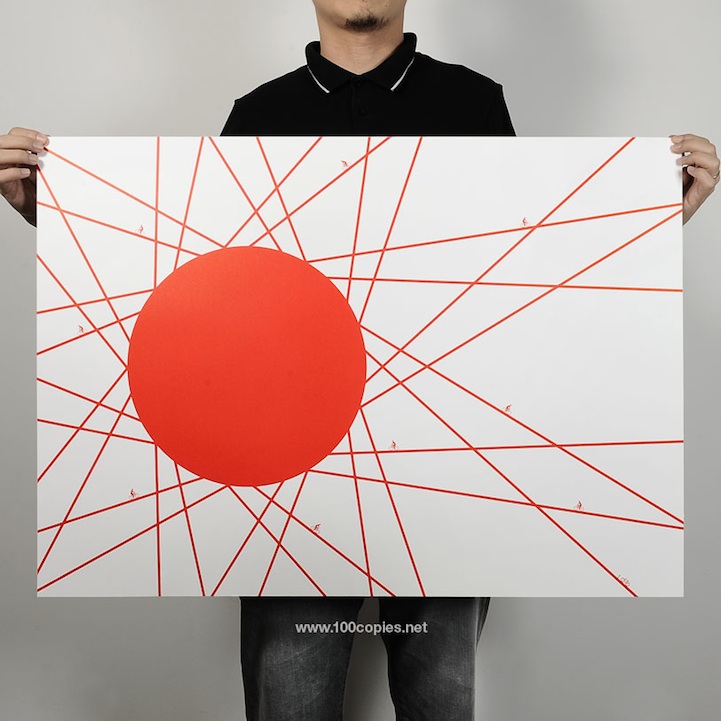 Thomas Yang, of those sweet bicycle posters, just sent us his latest creation, which is tribute to the people of Japan called Land of the Riding Sons. “If you look carefully,” he says, “you'll see that it's a close up view of a bicycle wheel. The hub represent the flag of Japan. I added little riders along the spokes because Japan is also known for their cycling culture.” 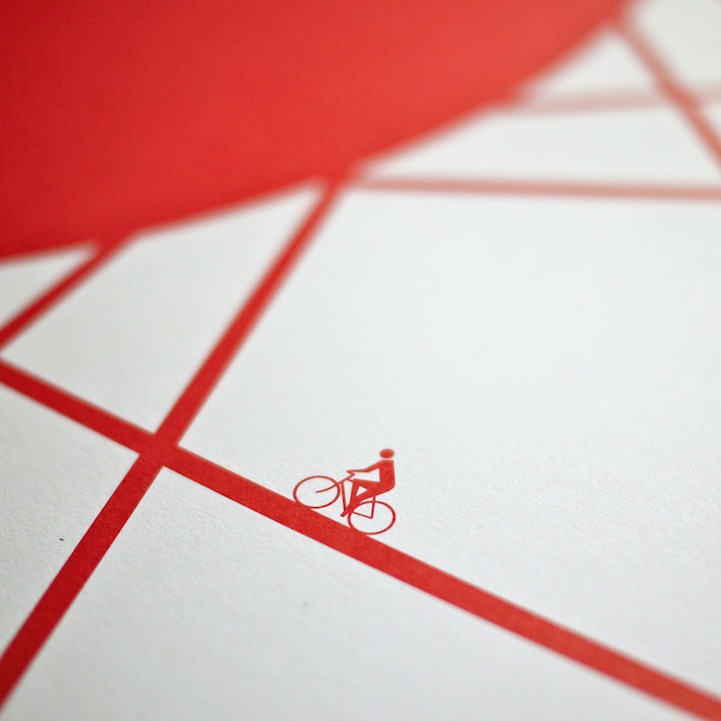 Creative and clever. The print is limited to 100 copies and 77 remain.