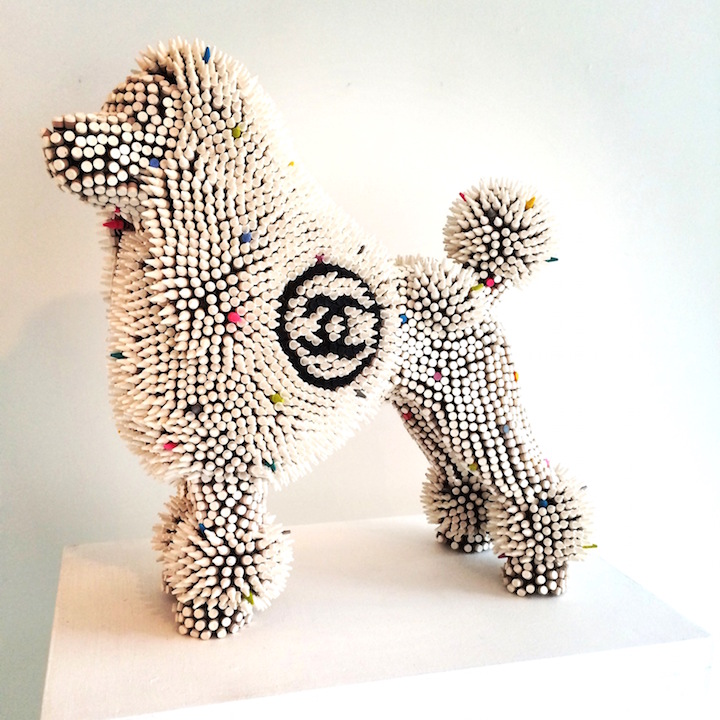 Nashville, Tennessee-based artist Herb William is exhibiting a new series of dog sculptures composed of thousands of crayons in the theme of high fashion. The show, called Call of Couture, just opened on Saturday April 4th and runs until April 30th. At the Rymer Gallery in Nashville, you'll see 15 different breeds of dogs whose looks have been inspired by either an iconic fashion designer or a distinct style. Through the series, the artist is exploring how specific pure breeds of dogs have now become the ultimate fashion accessory.

“Paintings from as early as the 15th century depict royalty with a purebred dog on their lap or by their side,” he explains. “Iconic fashion, like art, provides a paradigm shift which defines moments of time in society and sets it apart from banality. In the Call of Couture series the animal kingdom models contemporary fashion in my signature cut-crayon medium.”

In this set, you'll find everything from a tall white poodle with a large black Chanel logo to a pudgy bulldog in the trademark Burberry pattern. While the greyhound resembles a rainbow of colors in the likeness of Coach, the doberman stands regal in his Louis Vuitton branded coat.

Williams is one of only a handful of artists in the world who has an account with Crayola. He's known for his original sculptures that can require up to hundreds of thousands of crayons. While his works are often childlike, they are meant to pose intriguing questions for adults. As he states, “My intent is to continue to seriously create art that looks at itself unseriously.” 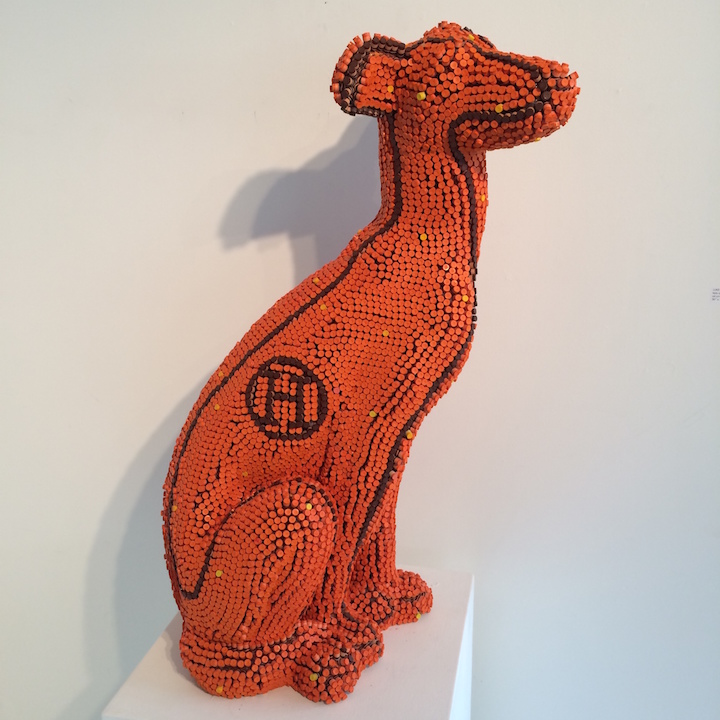 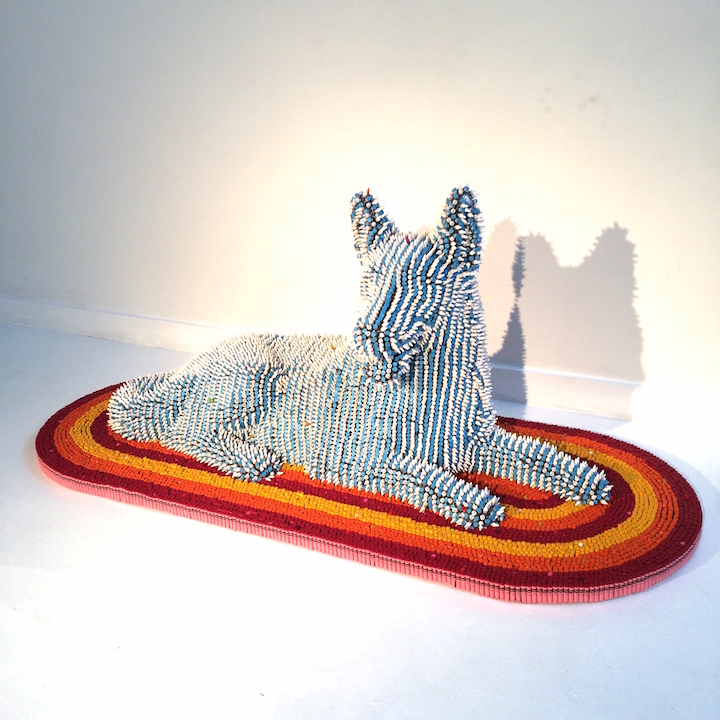 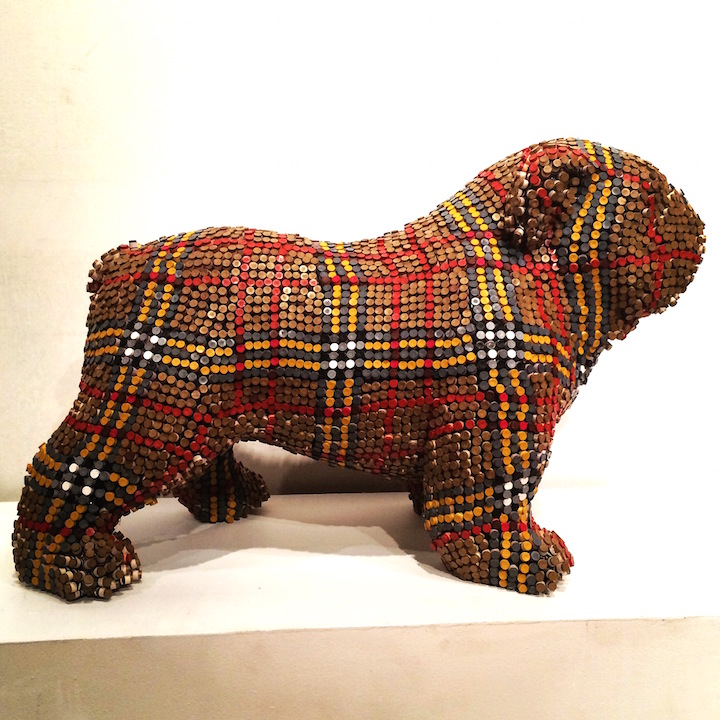 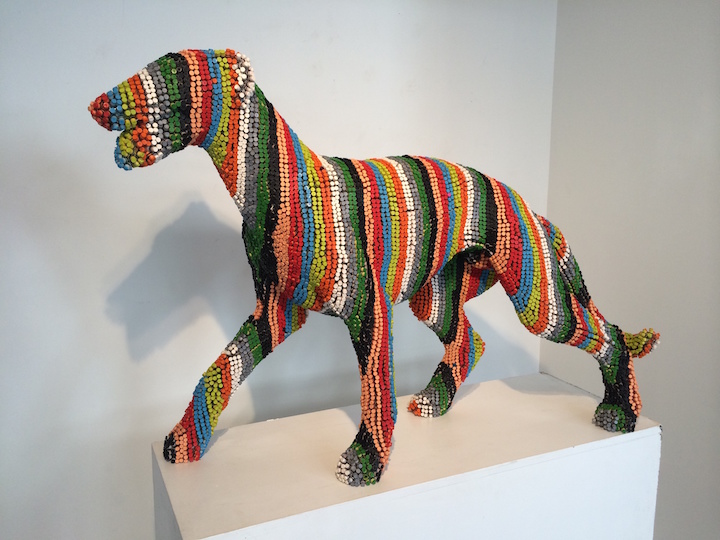 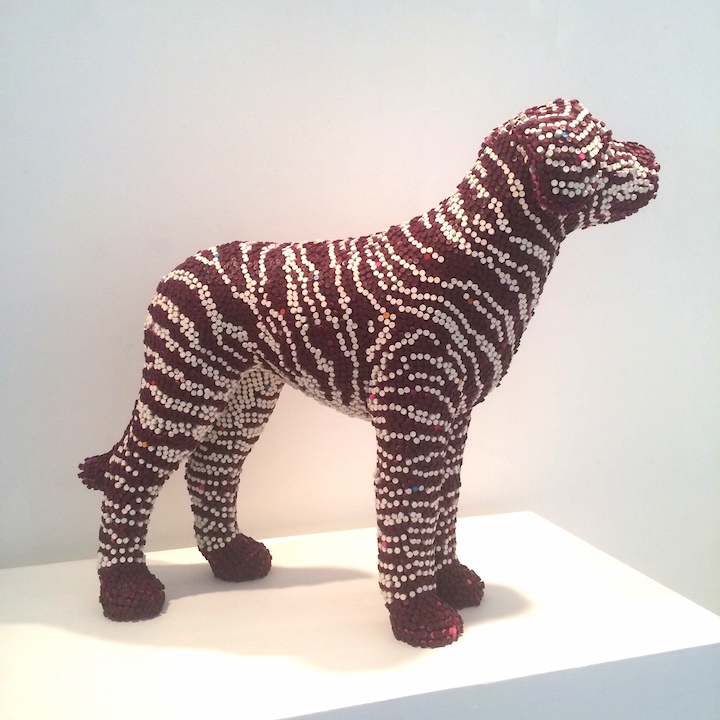 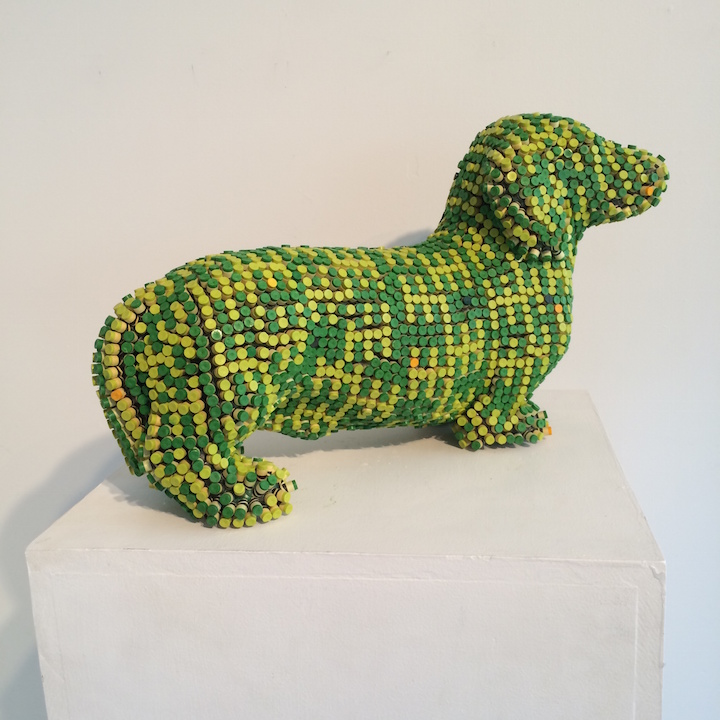 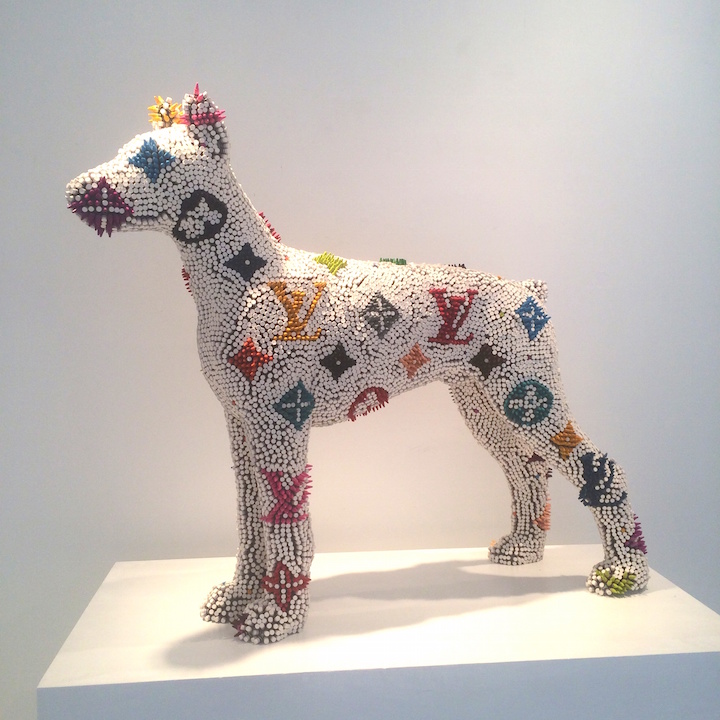