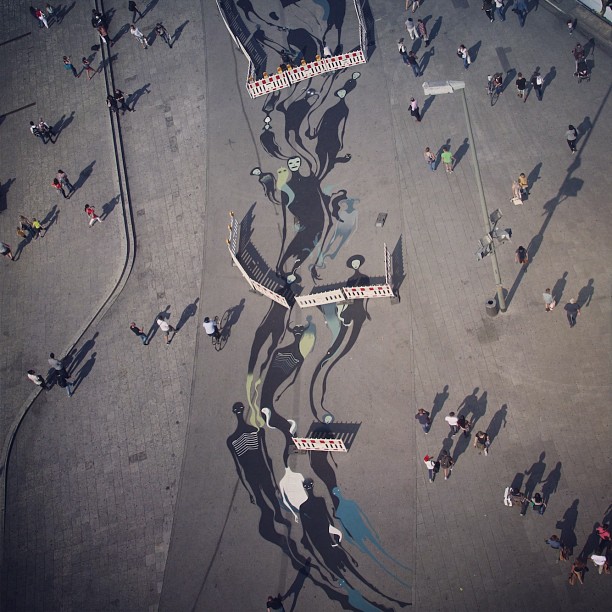 If you love street art, now's the time to be in Europe! Not only is the Nuart festival happening in Norway (September 7 – October 20), Germany is putting on an incredible show featuring Brazilian graffiti art (September 5 – October 27). Gallery Schirn Kunsthalle is curating the dynamic show, called Street Art Brazil, which asks eleven artists and artist groups from Sao Paolo and other Brazilian cities to paint their works throughout Frankfurt starting with Schirn's own facade. Other venues include bridge piers, a bank, a church, a subway train and the former police headquarters.

One of the most fascinating works snakes through the streets of downtown Frankfurt. Brazilian street artist Herbert Baglione, who's best known for his eerie shadow creatures in abandoned buildings, continues his project, 1000 Shadows, for the festival. Watch as his ghostly creations weave like a river through a broad, open square of Hauptwache, one of the most famous plazas in the city. At 900 square meters, this is the largest surface area any artist gets for this exhibition. 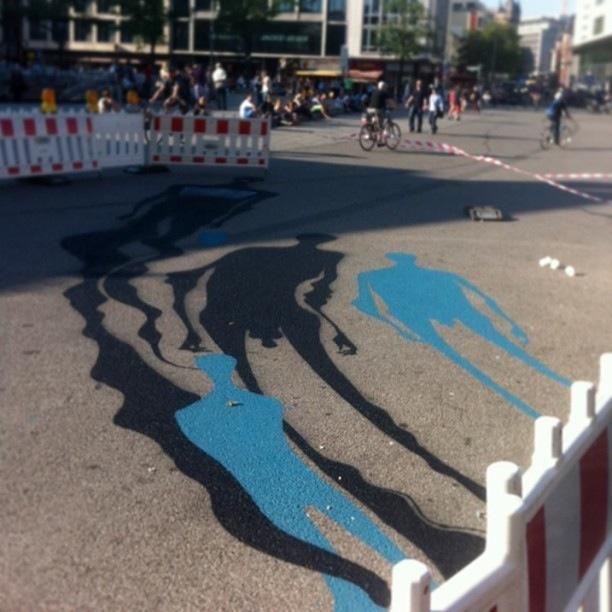 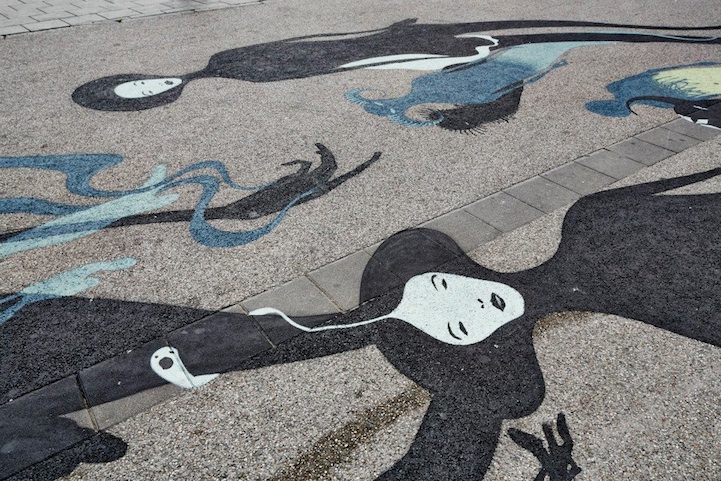 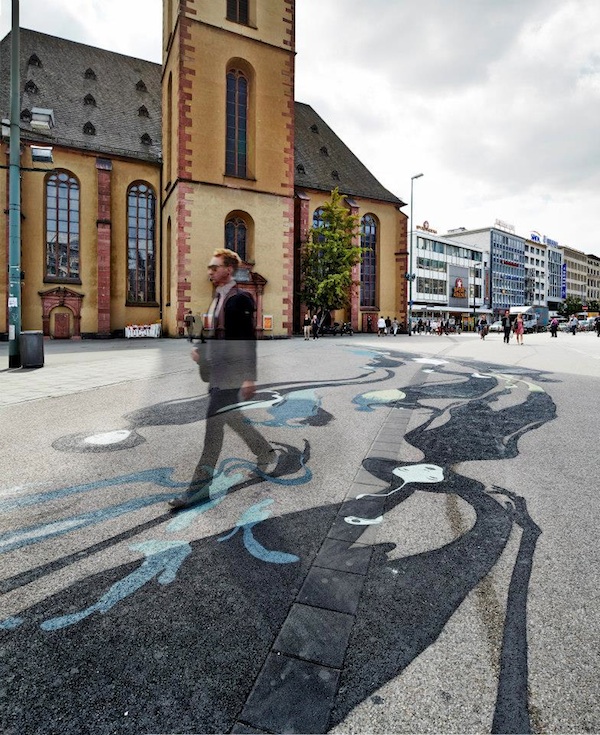 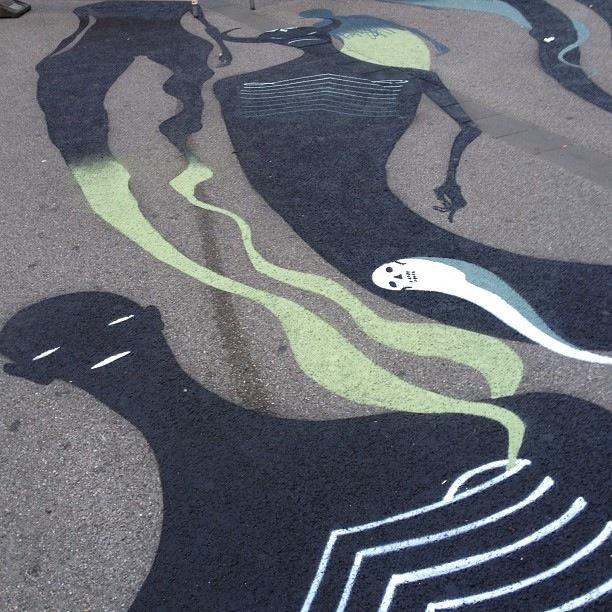 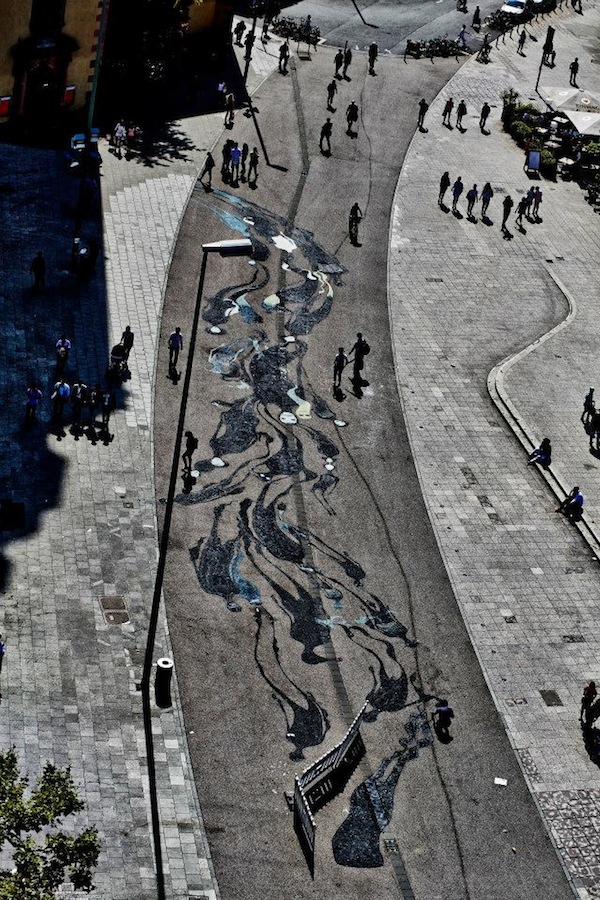