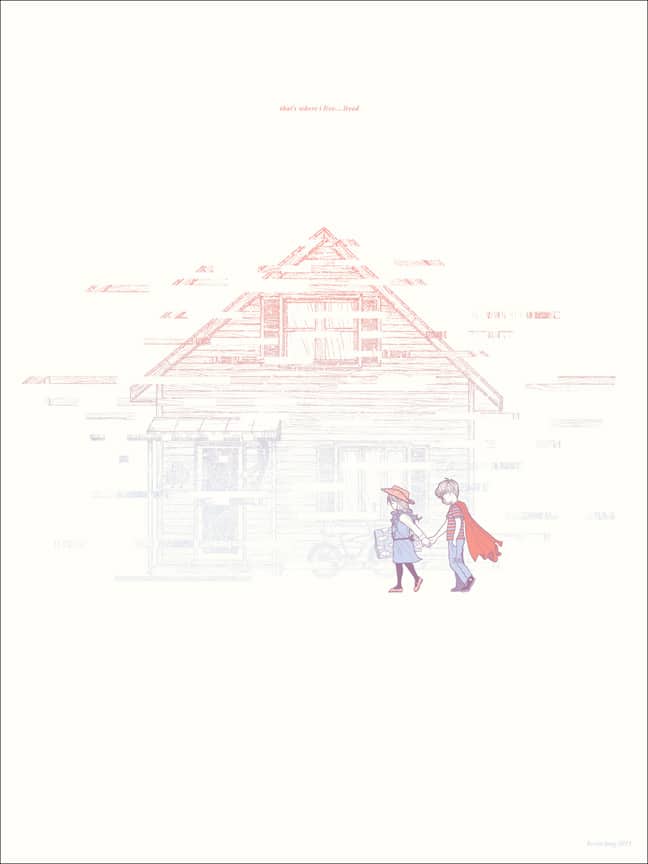 You know that print or piece of art you wish you had bought? Well, for me, this is one of them. Kevin Tong created two posters for the Crazy for Cult 5 show at 1988 Gallery in Los Angeles, both of which have sold out. One was inspired by the movie Eternal Sunshine of the Spotless Mind and the other for Being John Malkovich. 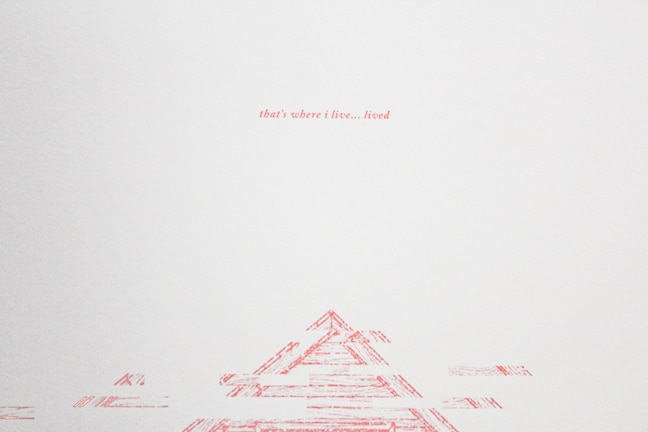 The Eternal Sunshine of the Spotless Mind-inspired print is titled “Here's Where I Live…Lived.” Tong limited the number of signed and numbered prints to only 60. 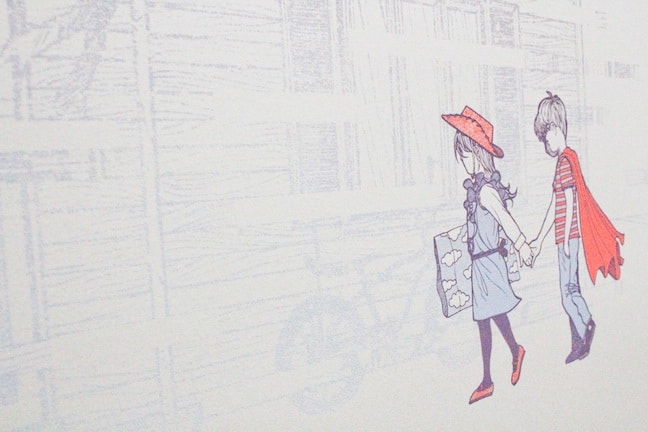 I loved this print so much that I got in touch with Tong to find out more about the story behind it. “The illustration is basically a scene from the movie when he (Jim Carrey's character) is remembering his childhood,” he says. “I love that line, ‘That's Where I Live..Lived' because essentially he forgot that it was a memory. He was so immersed in the emotions and the environment. In the end, even the most traumatic experiences just become memories.

“The house is part of the environment and it changes as Joel inhabits different memories. The only constant is him and Clementine and eventually even she fades away. This could be viewed in two separate ways. Either the memory is collapsing or it's assembling as he goes deeper into it.”

Asked if he was surprised that the print sold out, Tong says, “I was and I wasn't surprised. The movie is really popular, but I was nervous because I was doing the opposite of what I normally do. My prints are usually brightly colored, attention grabbing, and detailed. This print has muted colors, lots of negative space, and is simple in detail. I'm glad the response was strong because this style seemed to compliment that part of the movie better.”

If you absolutely must have this, starting today, July 29 at 3pm PST, be one of the first 14 people who contributes $250 to the Gig Poster Film Kickstarter project and get both Kevin's Eternal Sunshine print and his Being John Malkovich-inspired one.

While you're there, watch the short video on gig posters and read more about this interesting film project.

“Gig posters are an emerging and compelling art form. Whether or not you are already a fan, the fact that you even visited this page means that you understand why art is important. Similarly, you can understand why new and accessible art is important. Gig posters are affordable, intelligent and current. Supporting current art communities is a way that you can ensure that art will continue to grow and change.”