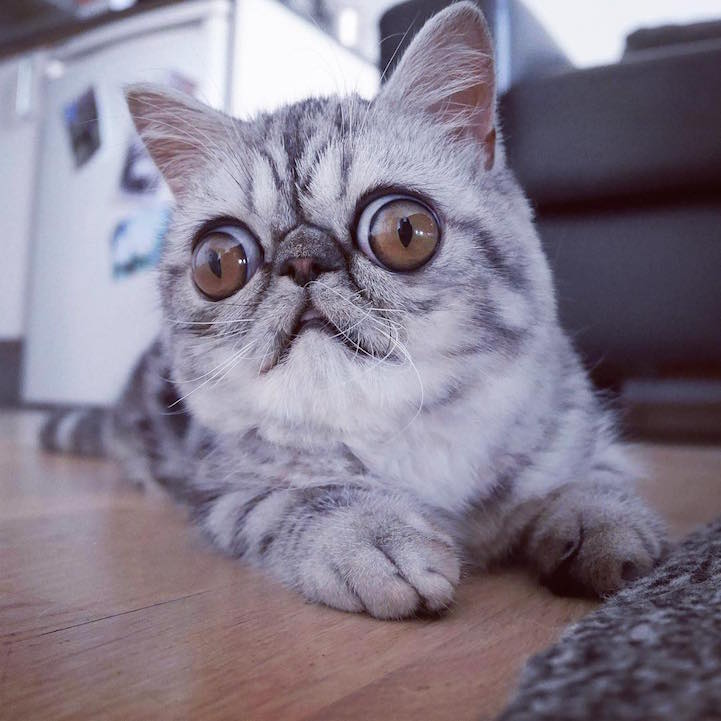 No matter how many times Shirley Nordenskiold may sing “Don't Worry, Be Happy” to her six-month-old kitten, Herman, she sees the same concerned expression. Born with huge eyes, Herman always looked a little different from the rest of the litter. “I quickly realized that he was born special by having a somewhat peculiar look with his very big eyes,” Nordenskiold told The Dodo. “He had that certain look of being surprised or scared all the time.” She's even begun to document the “scaredy cat's” adorable worrisome face on Instagram.

Despite his physical appearance, Herman is happy, healthy, and an incredibly social cat. Nordenskiold speaks of life with Herman: “When I move from room to room in my apartment, Herman is always following me around. You are never in doubt when Herman is not getting enough attention. He will either start meowing or tap me lightly with his paws.” With such a unique face and winning personality, Herman the Scaredy Cat is gaining all the attention he could possibly want…and he looks more concerned than ever. 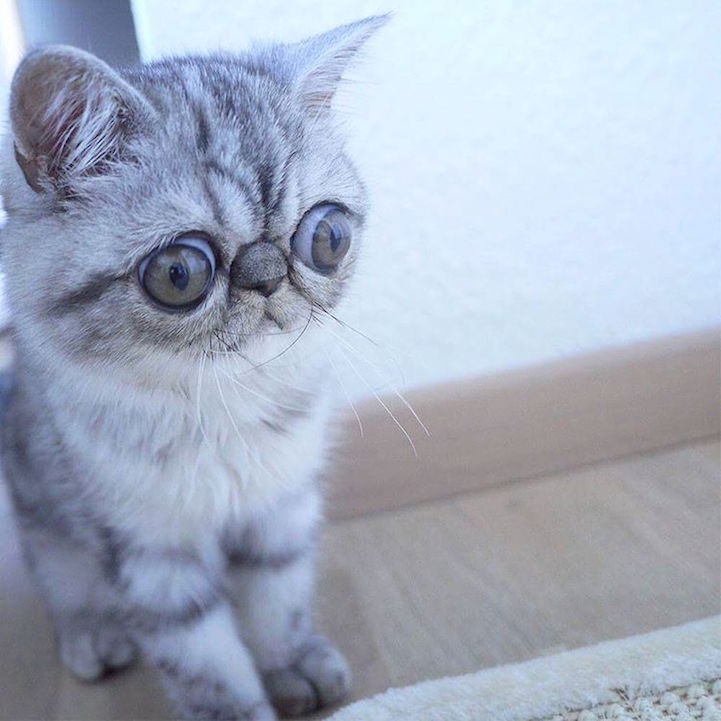 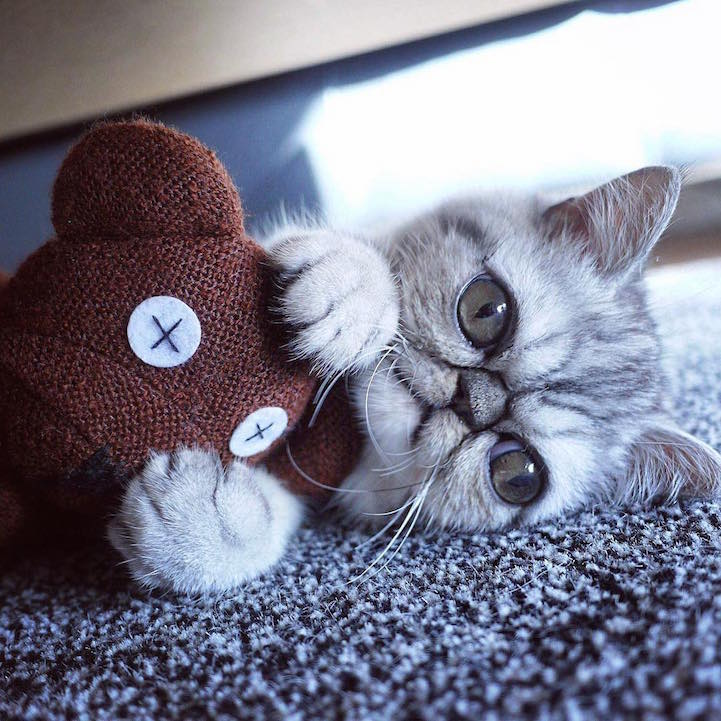 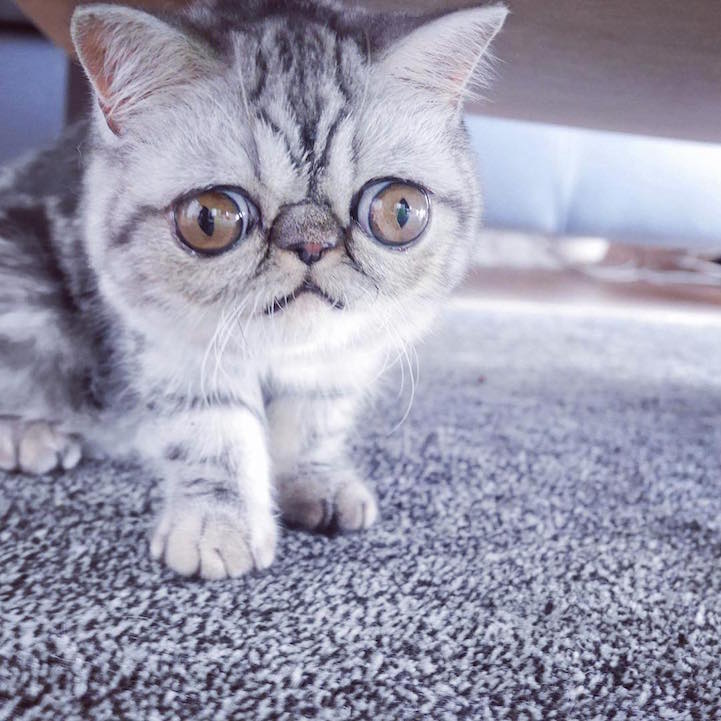 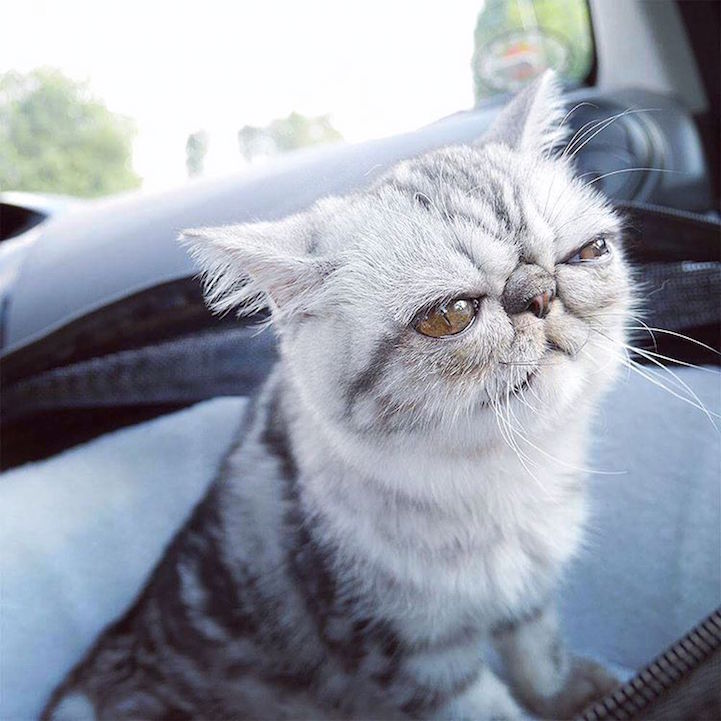 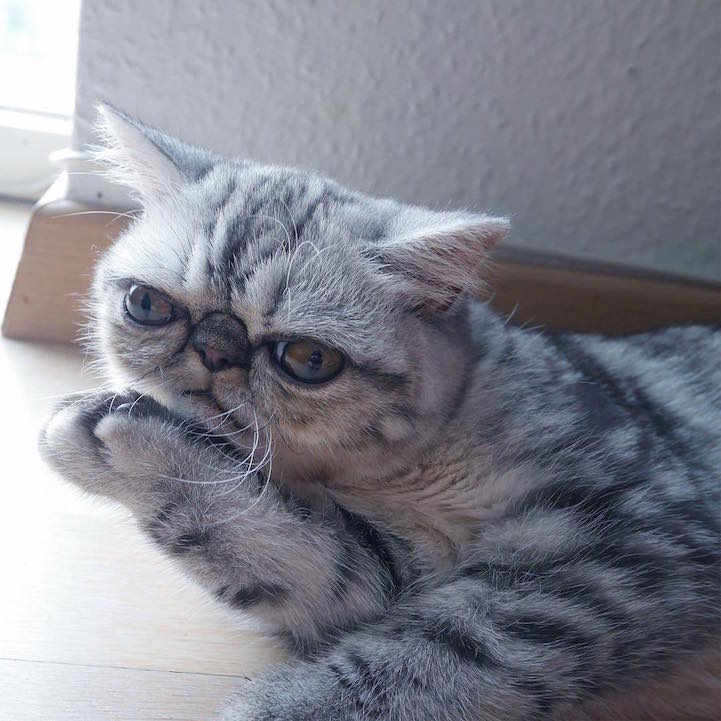 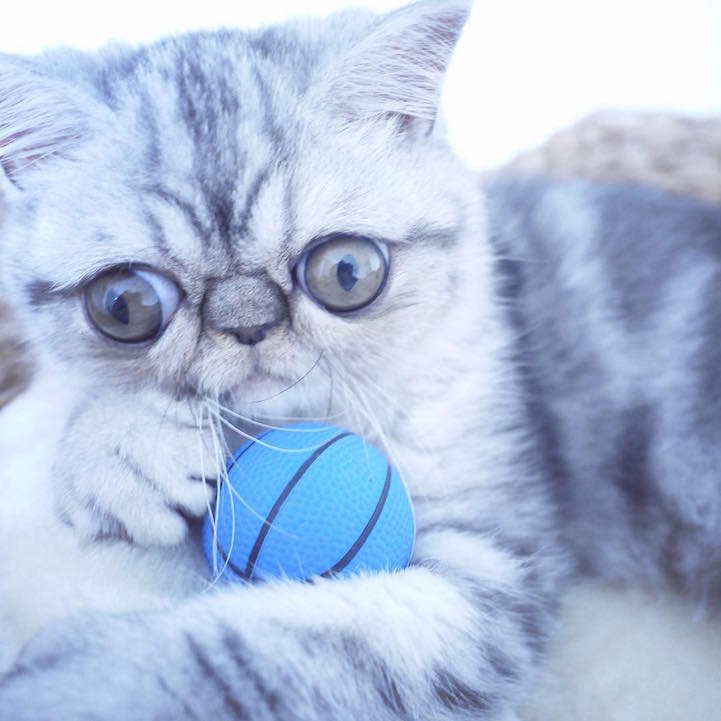 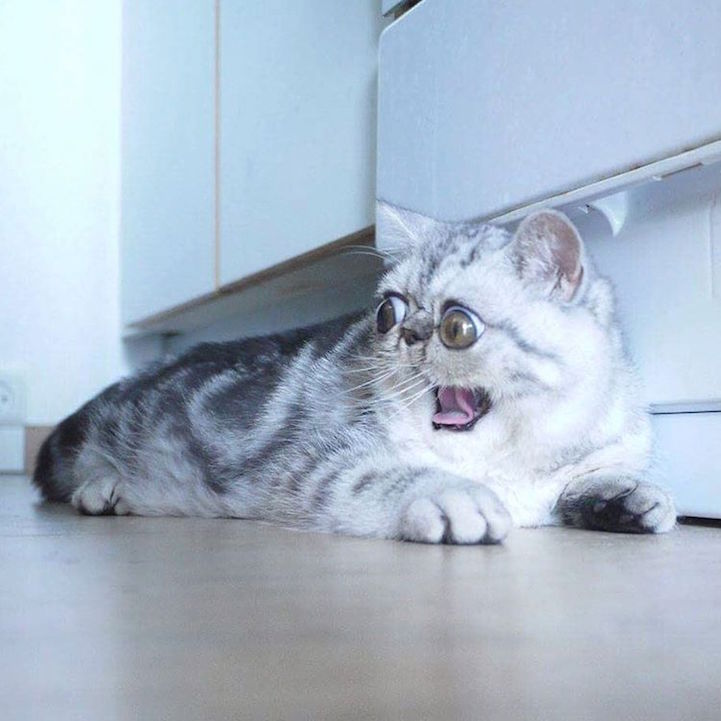 All images via Shirley Nordenskiold on @exoticherman.