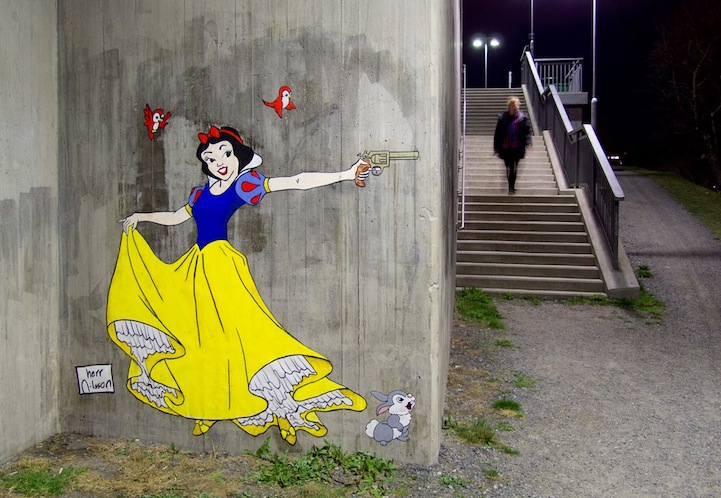 In this mixed media artwork by street artist Herr Nilsson, a variety of Disney princesses reveal their true gritty side. In much of Nilsson's work, he depicts cute little characters who are disturbingly comfortable with the nasty realities of the cruel world. In continuation of that theme, Nilsson illustrated three princesses–Snow White, Cinderella, and Sleeping Beauty–along the city streets of Stockholm, poised and ready with weapons. He then photographed the playfully dangerous dames as they waited around corners, ready to attack unsuspecting pedestrians at night.

Through his work, Nilsson draws on classic stories of perfection and ideal happiness and drastically redefines those fairytales. For each photograph, innocence and naivety are perfectly juxtaposed against a corrupt reality. Visually, the women's bold, colorful dresses and smiling expressions suggest that these beautiful cartoons have gone a bit mad, perhaps tired of fulfilling the constant expectations of their assigned character. The somewhat enchanting scenes are, in fact, a striking reality check where viewers come face-to-face with fictionally optimistic characters revealing their inner dark sides. 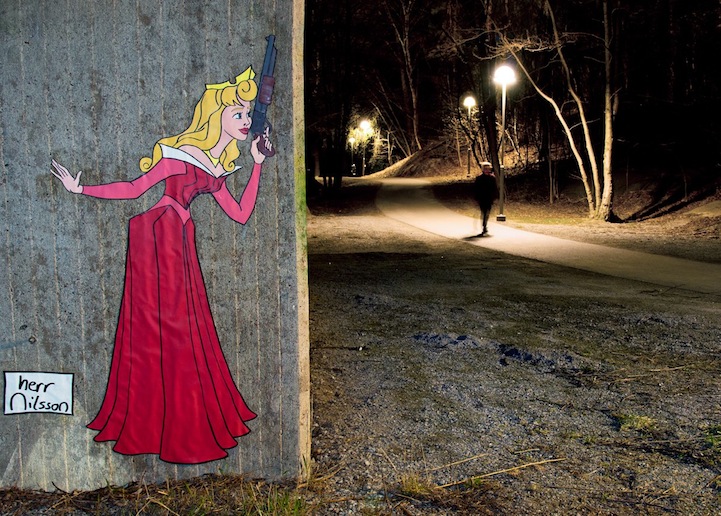 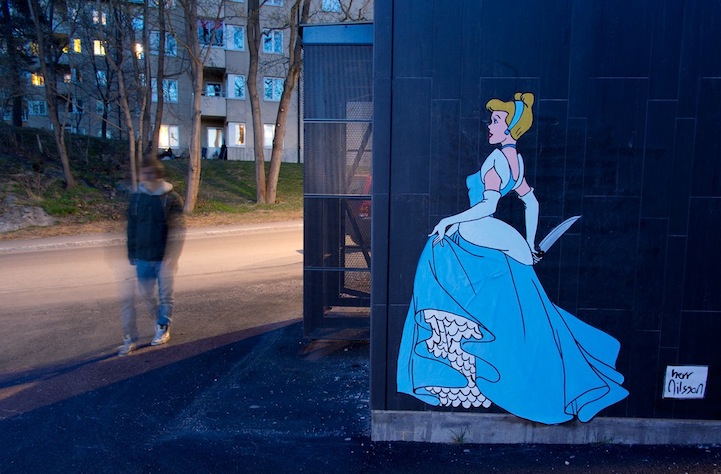