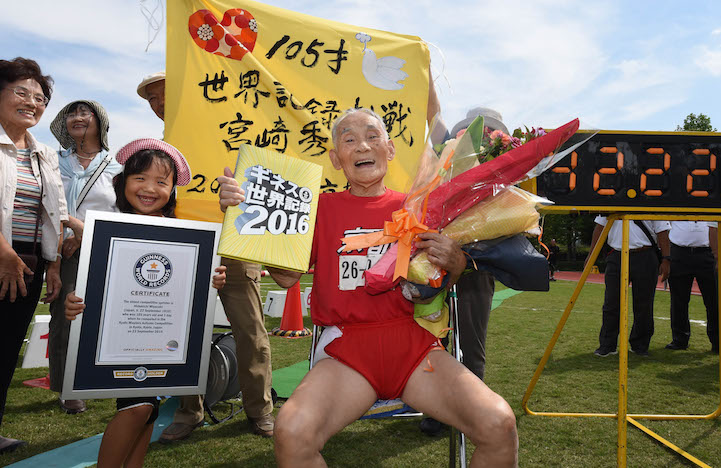 Hidekichi Miyazaki impressively completed a 100-meter sprint just one day after celebrating his 105th birthday. Aside from being known as the Golden Bolt, the centenarian also holds the World's Oldest Competitive Sprinter title for completing his run in 42.22 seconds. “My brain might not be the sharpest but physically I'm tip-top. I've never had any health problems,” he explains. “The doctors are amazed by me. I can definitely keep on running for another two or three years.”

At the age of 90, Miyazaki decided to start running to fill his free time. Up until then, he'd spend his time playing the Japanese boardgame Go with friends, but they unfortunately passed away. Despite this tragic change in his routine, Miyazaki wanted to remain active. This prompted the wise man to become an accomplished runner, choosing to celebrate his incredible athletic feats by posing like Olympic gold medallist Usain Bolt. Just like Bolt, the 105-year-old believes that he can continue to improve and beat his own record. “I can't think about retiring,” Miyazaki says. “I have to continue for a few more years, to show my gratitude to my fans.” 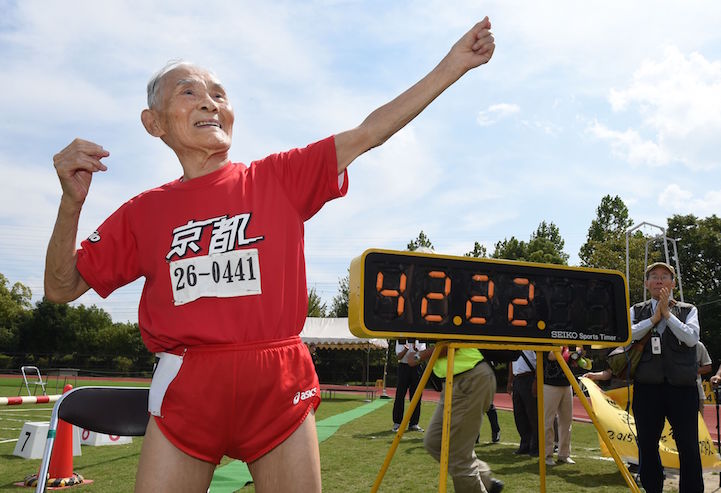 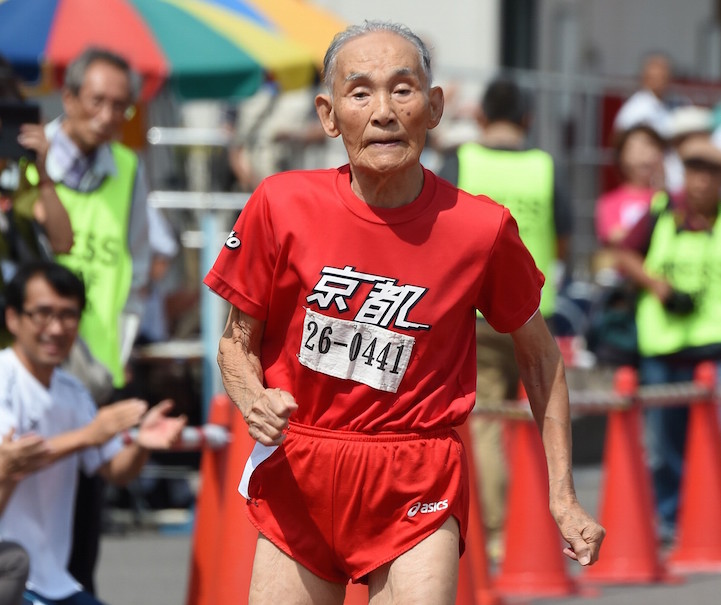 via [Twisted Sifter, The Guardian]