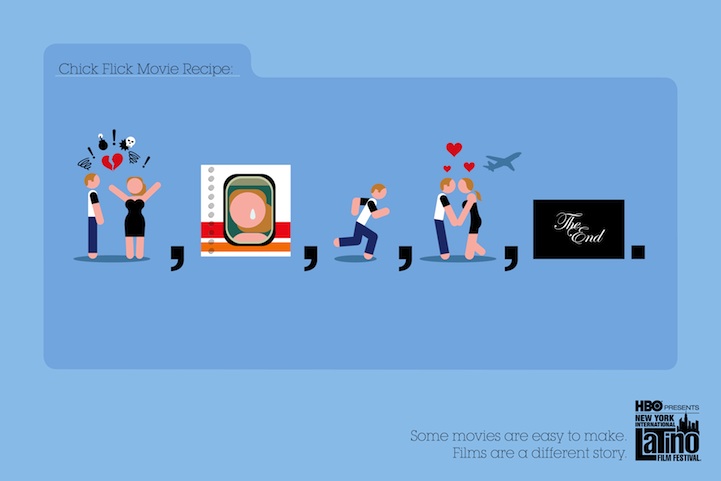 After our self-titled post Hilarious Movie Clichs was spread around the web, the Art Director/Creative Director behind it, Alvaro Naddeo, took notice. Last year, his agency, Wing in New York, came up with this creative ad campaign for the New York International Latino Film Festival with posters making fun of movie cliches. It generated a lot of buzz online and, according to Naddeo, many of you saw them right here on My Modern Met.

For this new set, he was kind enough to email them right to us. Along the same lines as the first, this series shows that there's a “cookie-cutter” recipe for most movies. With the tagline, “Some movies are easy to make. Films are a different story,” he makes us see the stark difference between a generic “movie” and a thought-provoking “film.” 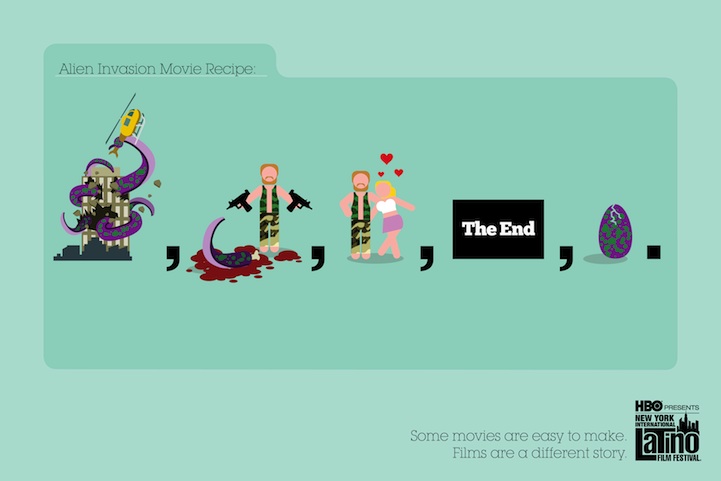 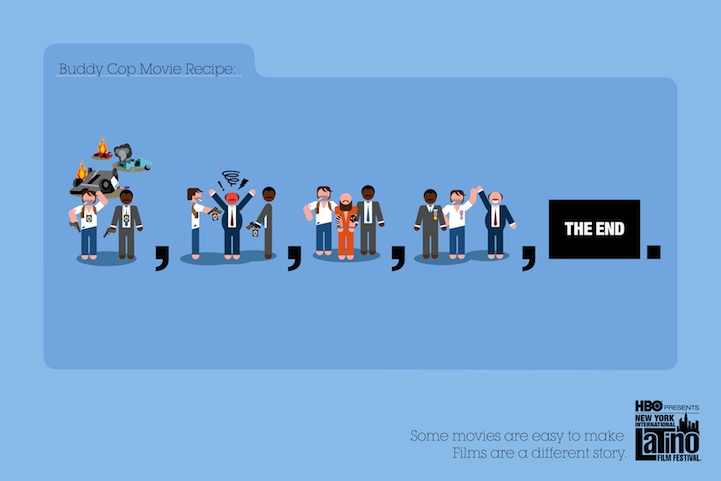 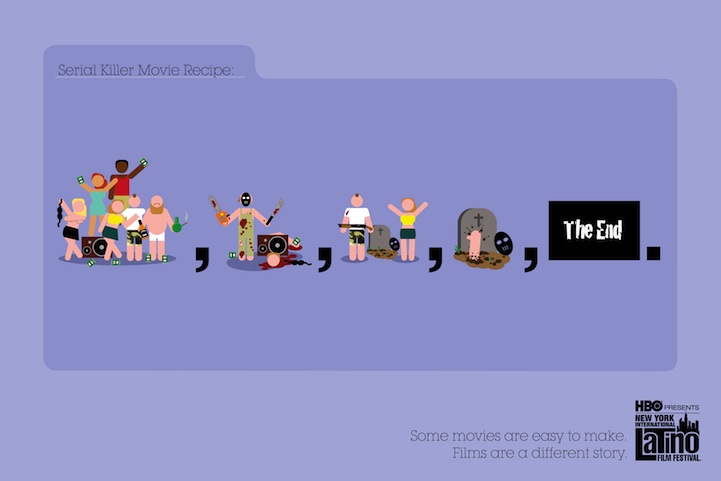 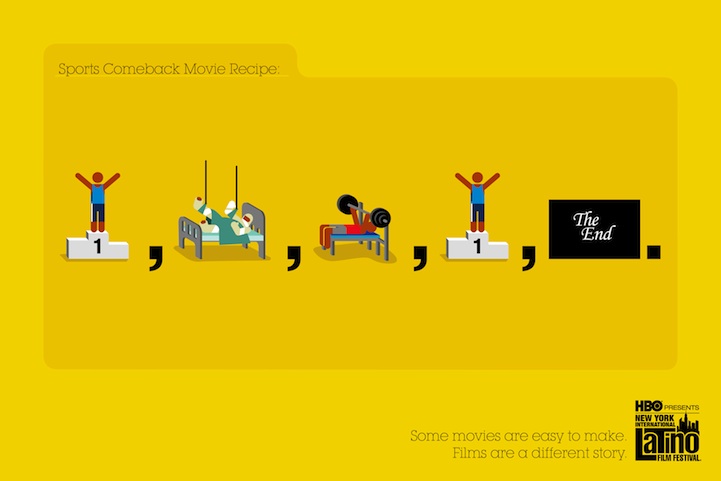 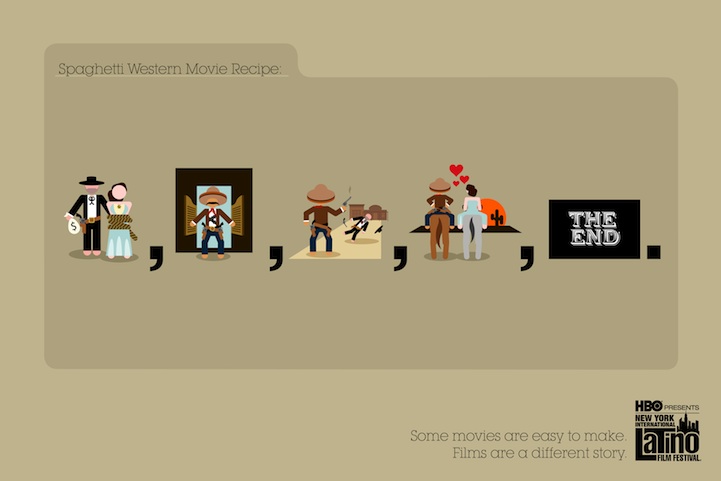