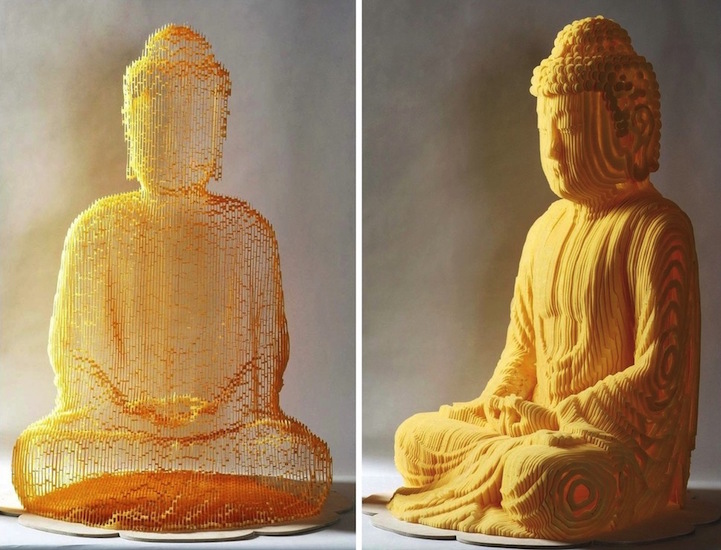 Korean artist Ho Yoon Shin creates delicate paper sculptures that appear to alternately solidify and disappear when viewed from certain angles. Made from hand-cut, urethane-coated strips of paper joined together with paper joints, the intricate sculptures display amazing strength and fragility, with a fluid opacity that changes dynamically according to perspective. Busts and figures fade in and out of sight as one walks around the sculptures, creating a unique viewing experience.

“I am interested in social phenomena and approached the essence of it,” says the artist, speaking of the message behind his artwork. “I realised that the closer I approached it, I realised there is no essence. I think it is already intrinsic in me or you, being judged and evaluated by the inherent values in our things. Therefore, if examined in that viewpoint, I begin to understand why the power group of Korea has wanted to spilt all kinds of social systems–the right and the left, social classes divided on its economic structure, dominance and subordination, etc.”

In addition to the political and social conditions that pervade Korean society and the rest of the world today, Shin's artwork is also inspired by Buddhism and the philosophy of emptiness and the void. In Shin's words, “Looking at a solid body made up through several layers… we get to know that the system of the body is organised rather dangerously than strangely, and the system looks like the contemporary society. And its vacant surface and inside are getting filled with our inherent images to completion. In the end, it's a story about the situation and a point where we fill a surface that doesn't exist… and console and satisfy ourselves.” 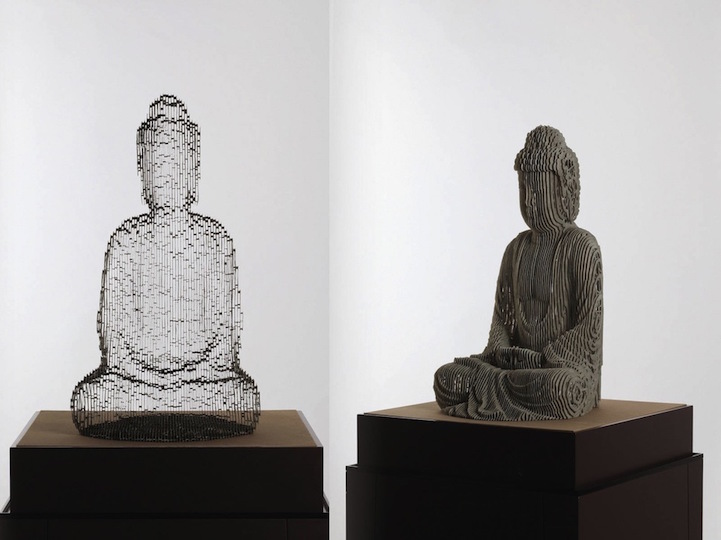 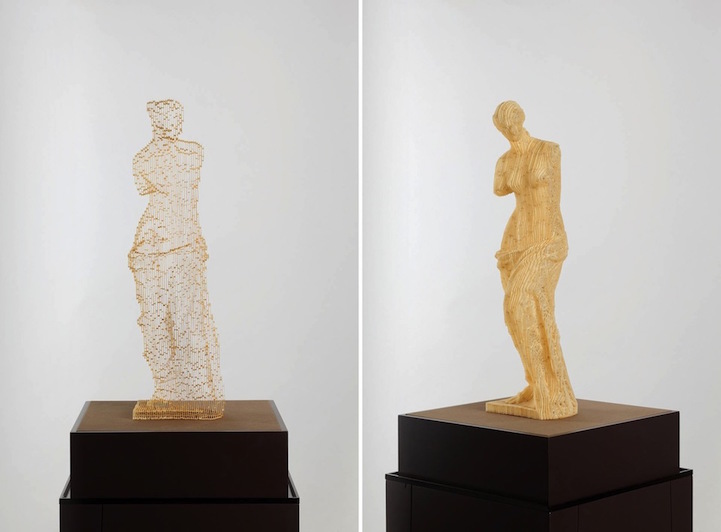 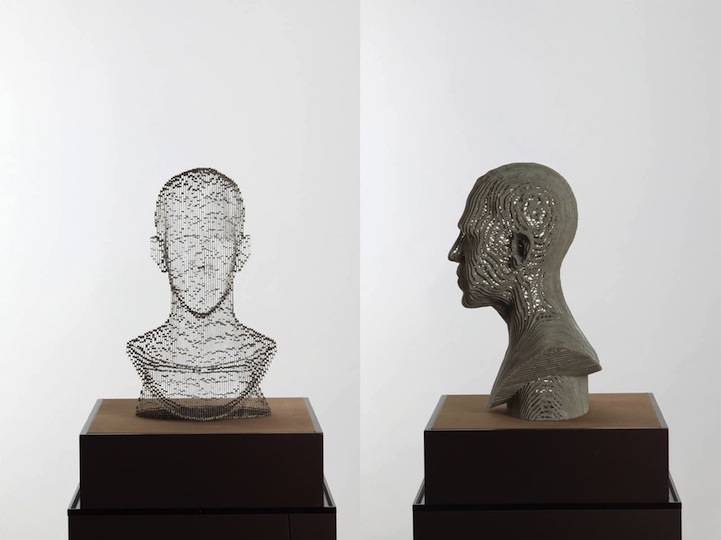 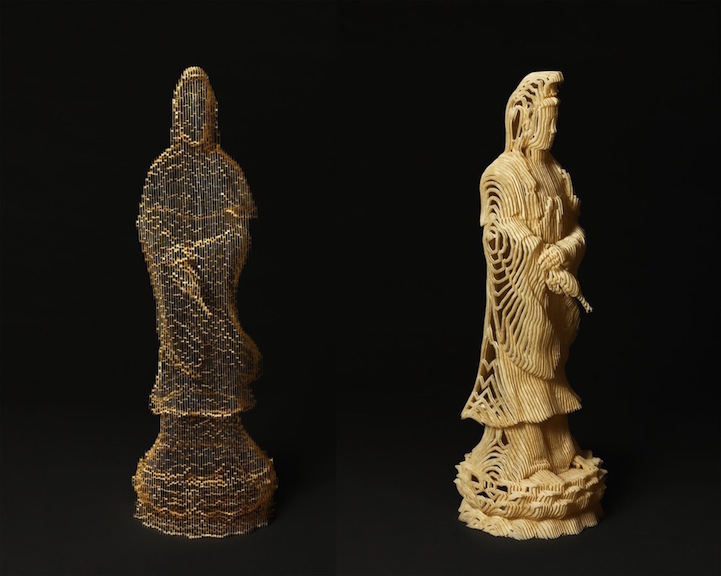 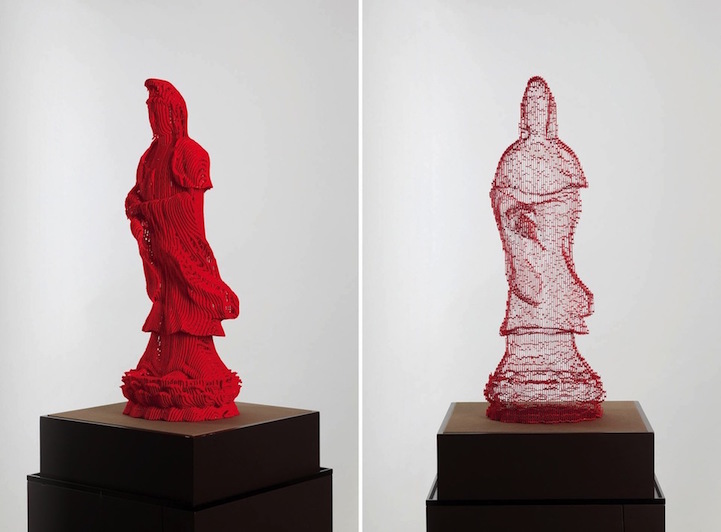 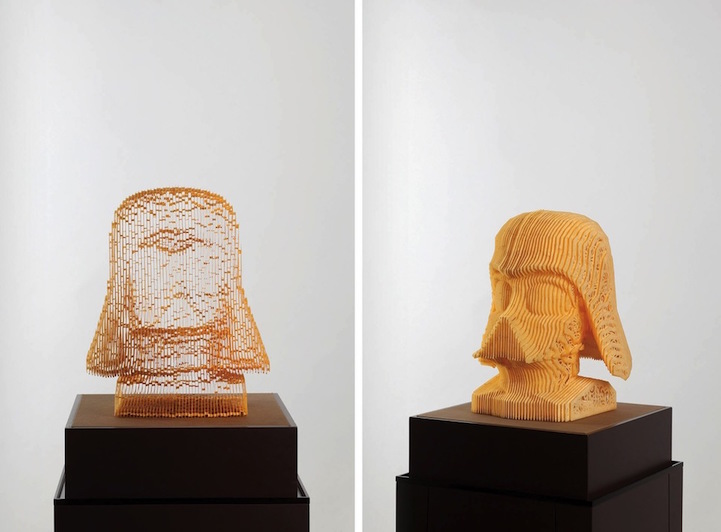 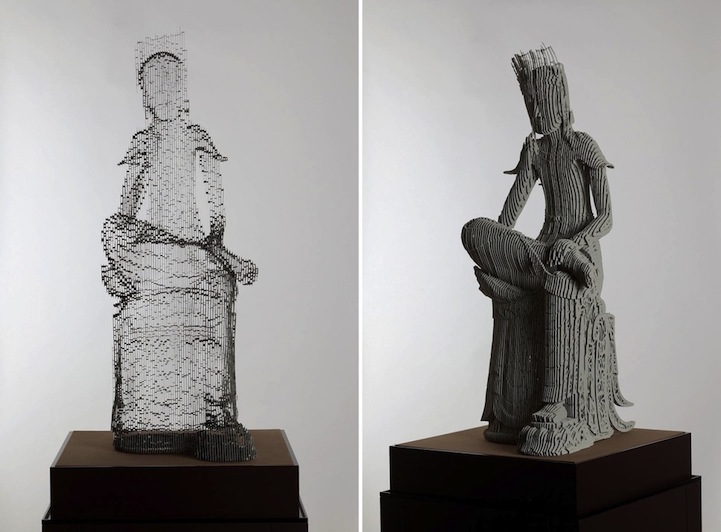 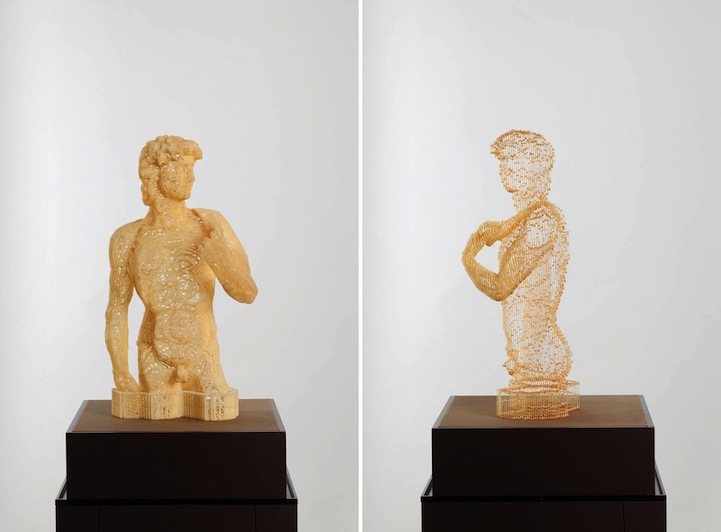 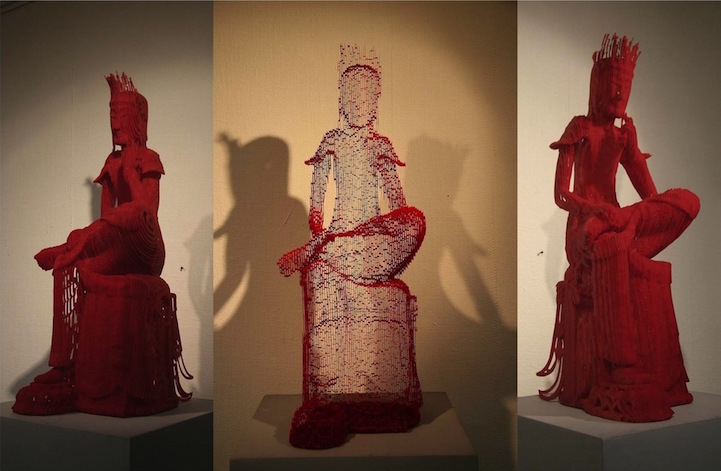