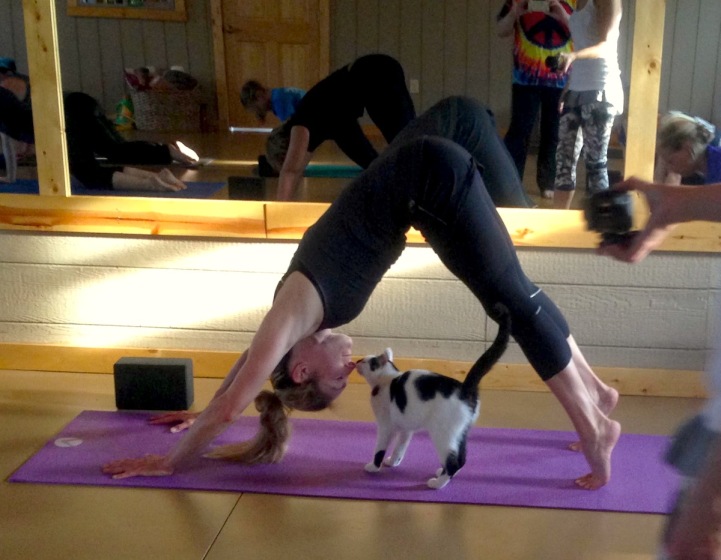 To promote the adoption of cats in need of a forever home, no-kill pet shelter Homeward Bound recently teamed up with yoga studio Yoga at Connie's to host a special class filled with adorable adult cats. “I love cats, so obviously it was going to be great,” yoga teacher Connie Pease told The Dodo. “It was an opportunity for people who like cats to help the shelter.” So, as students practiced their poses, the adoptable felines mingled freely around them and some even tried a few poses of their own.

“A lot of people find shelters depressing, so they're not inclined to visit,” says shelter volunteer Jeanette Skaluba (who came up with the idea for this event). “By taking the cats to something like a yoga class, people have the opportunity see and interact with them outside the shelter. It gives these cats exposure and shows their personality. I think people can envision these pets in their home easier because they're outside the shelter.”

For the duration of the yoga class, six cats were allowed to wander among the yogis. Many of them snuggled up to their new human friends and readily accepted belly rubs, while the more shy cats preferred to watch from the sidelines. “The ones that were really active really made the class a lot of fun,” Pease said. “They jumped on the students and kissed them. One had their butt in my face, but we had so much fun with them.”

While the class was fun for the humans, it also ended up being beneficial for both the cats and the shelter as a whole. From just the one session, the shelter was able to raise over $500 for its cause. To add to the great news, one of the cats that attended the class has even been adopted!

Both Skaluba and Pease were so pleased with how the cat-loving yoga class turned out that they are already planning to do more in the future. They also hope that other yoga studios around the world will realize that this type of class presents an amazing opportunity for both humans and cats alike. 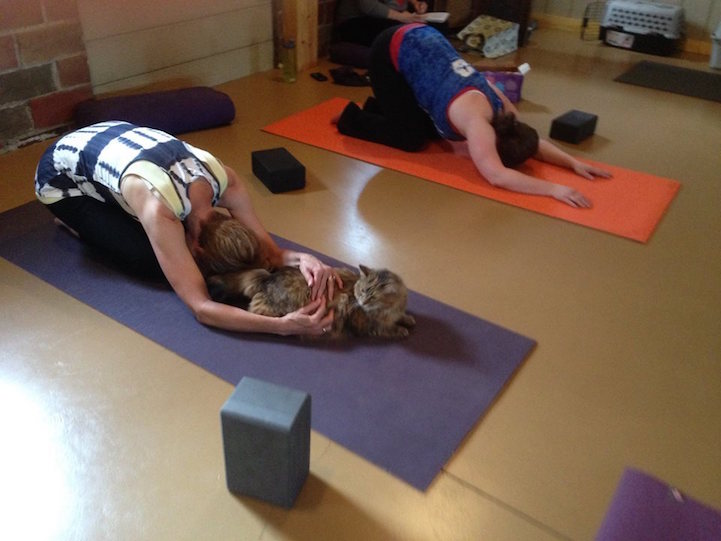 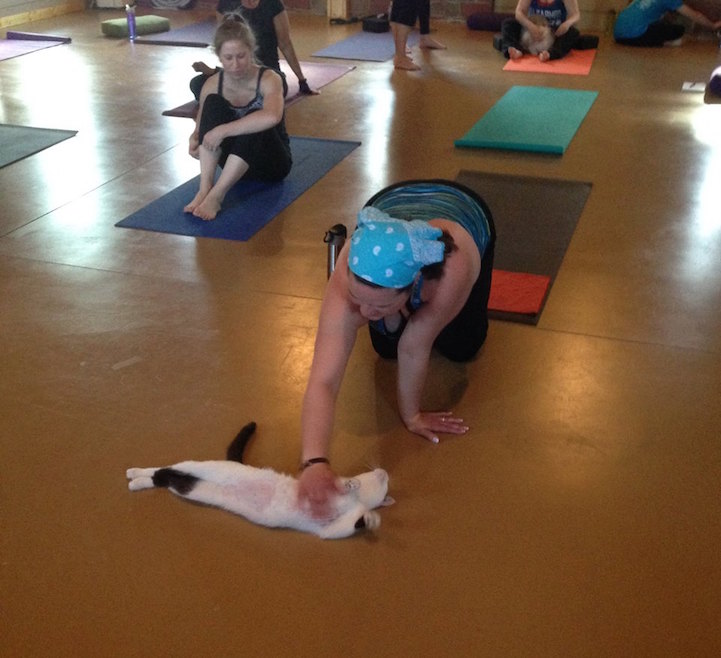 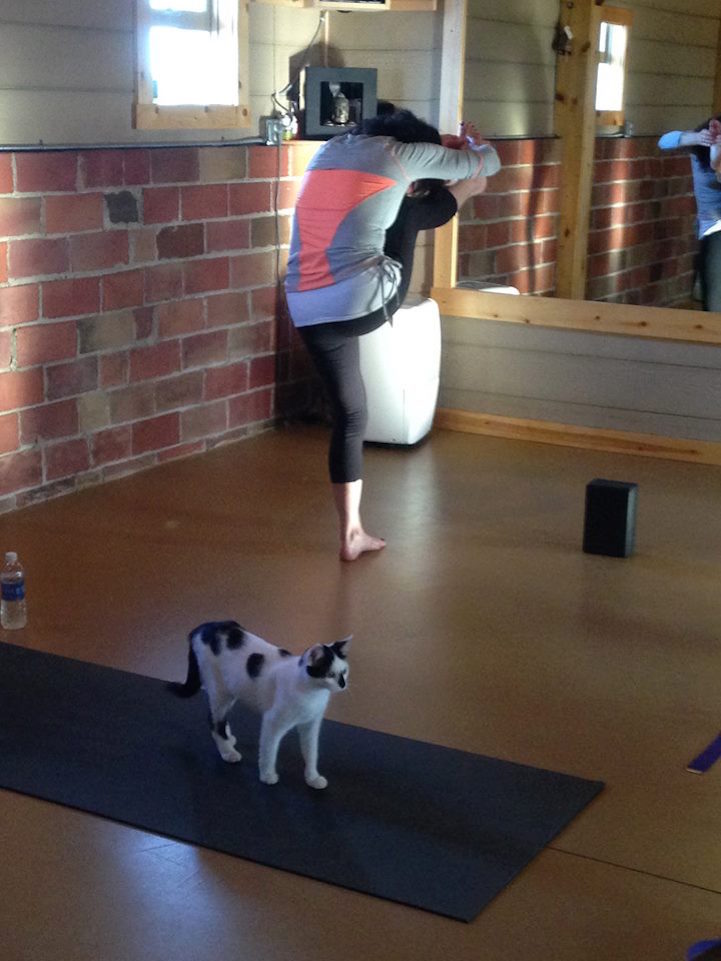 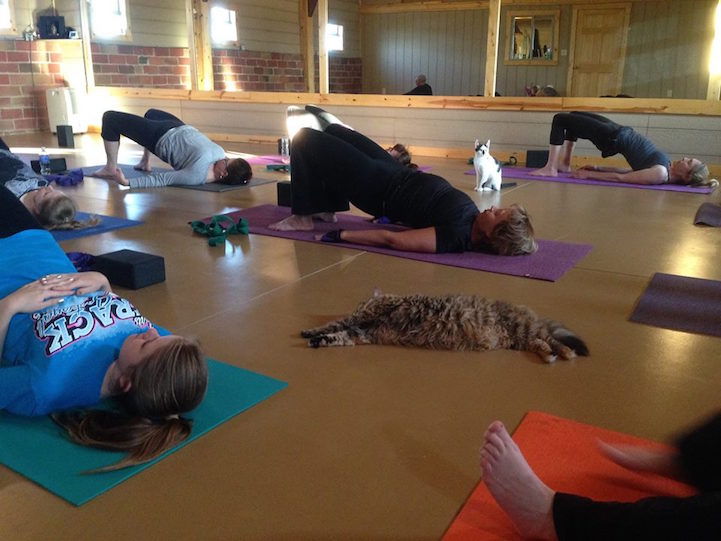 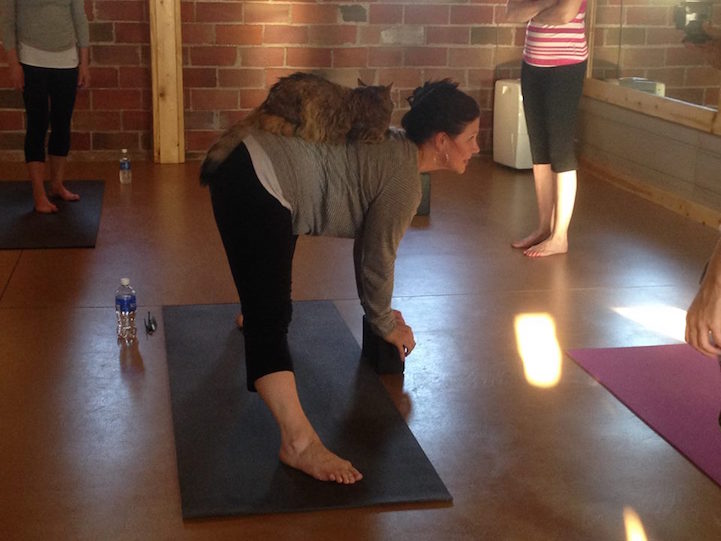 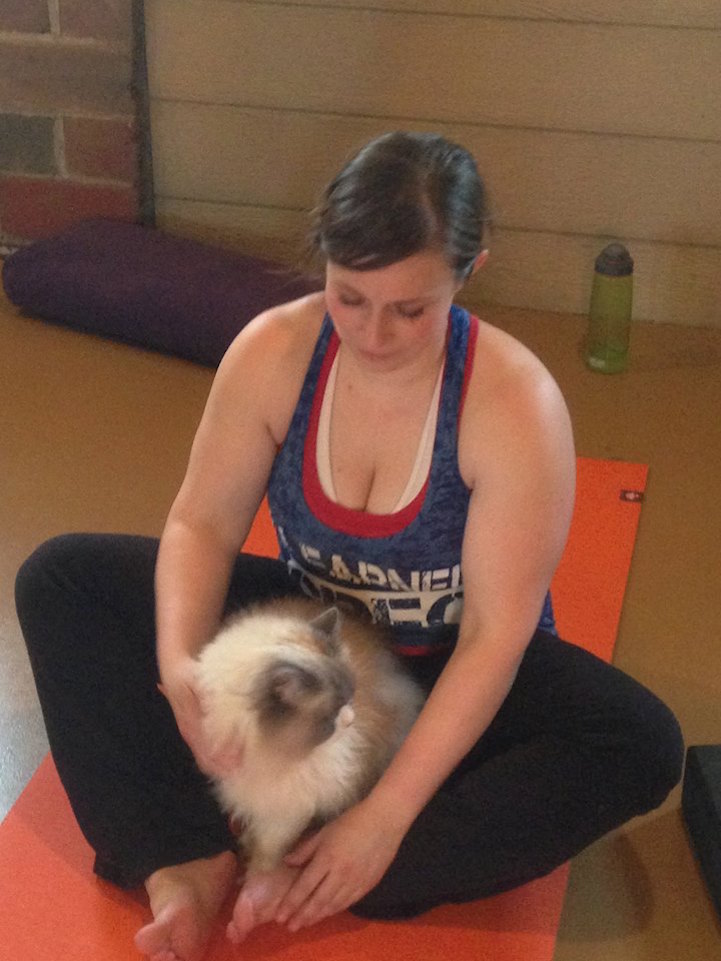 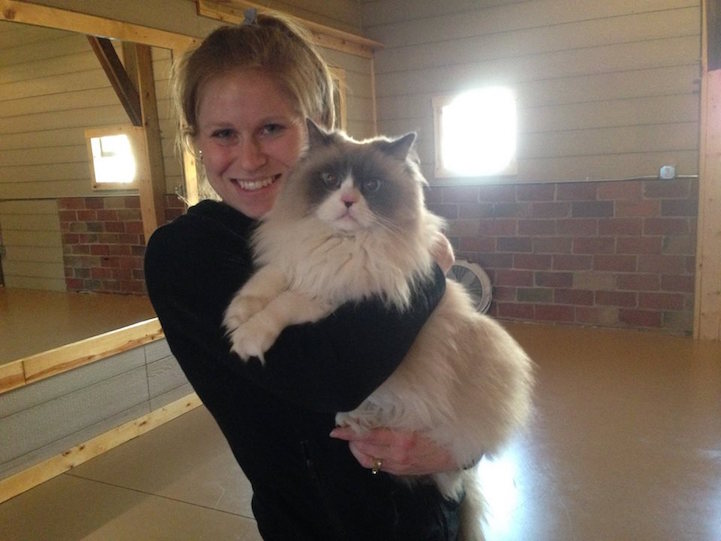