Honda’s U3-X is the Human Transportation Device From the Future! 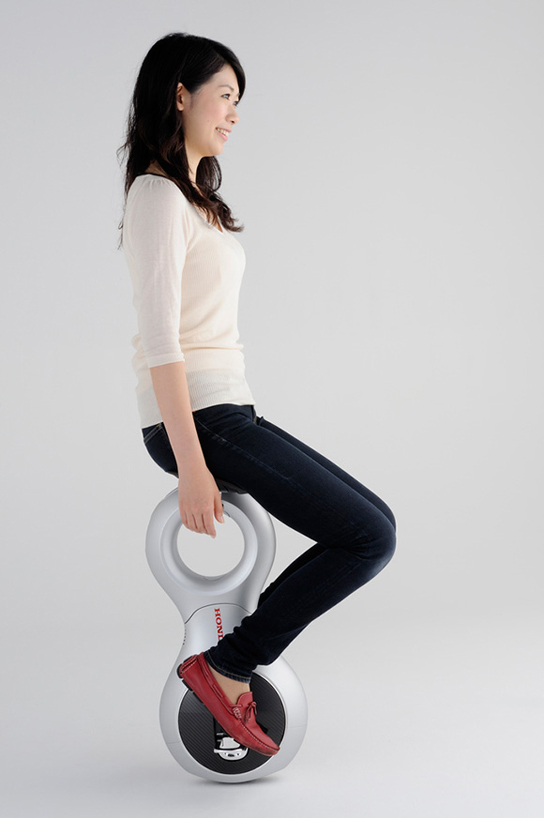 If the unicycle and Segway had a baby, it would look like Honda's new U3-X. With a simple lean, the device moves forward, backward, side-to-side and diagonally. How? The large wheel is actually made up of several small wheels in a series, which can rotate independently. As of right now, the U3-X gets a single hour of battery and weighs under 22 pounds. Top speed on this Honda machine is 3.7 MPH. It has a seat and foot rests that fold into the device so you can snap and go. Check out this cool video.

According to the Japanese automaker president Takanobu Ito, the device has been, in part, designed for senior citizens and those with mobility problems. Ito states “I may want to use it in my home. It'd be easier to get around so I might really use it if my legs grow weaker.” Will our aging parents be zooming around the airports and mall in these..in the near future? Well, maybe not. The prototype has no immediate plans for production. But don't worry, you'll see more of this device at the Tokyo Motor Show next month. Via Telegraph