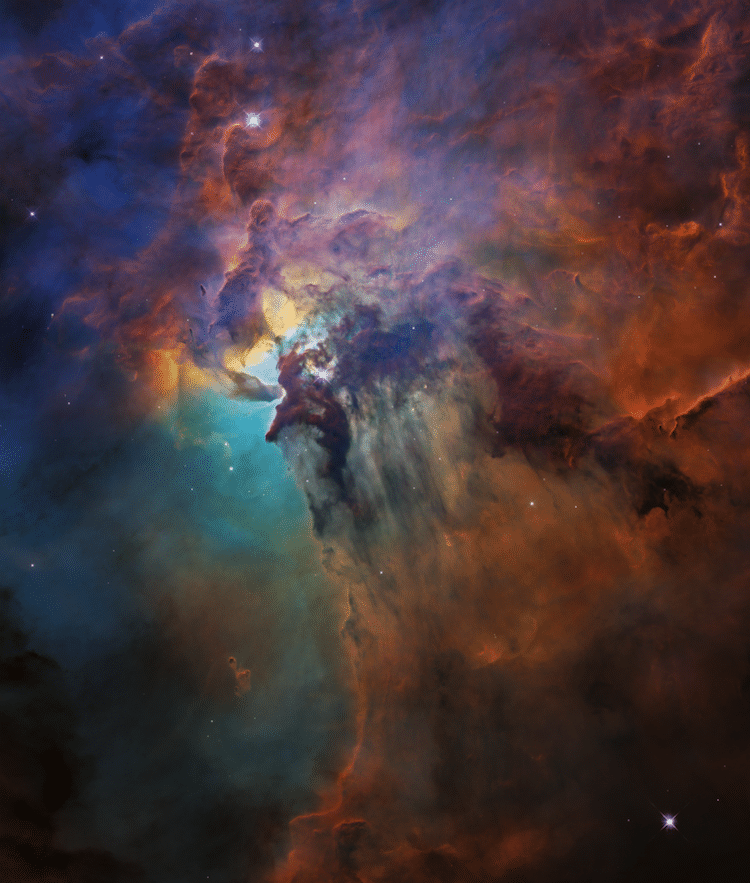 In honor of its 28th birthday, NASA's Hubble Space Telescope has beamed down two different images of the incredible Lagoon Nebula. Even after 163,000 orbits around the planet and over a million photos, the Hubble never fails to impress. The images are a reminder of just how much insight the instrument has given us since it was first launched on April 24, 1990.

The star of the images is Herschel 36 which beams brightly at the center of the photos. Just 1 million years old—a baby by star standards—it's 200,000 time brighter and 32 times larger than the Sun. Located 4,000 light years away, the Lagoon Nebula appears as a speck in the sky when looking through binoculars, but thanks to the Hubble we can see it in its full glory.

“The giant star, called Herschel 36, is bursting out of its natal cocoon of material, unleashing blistering radiation and torrential stellar winds, which are streams of subatomic particles, that push dust away in curtain-like sheets,” NASA writes. “This action resembles the Sun bursting through the clouds at the end of an afternoon thunderstorm.” 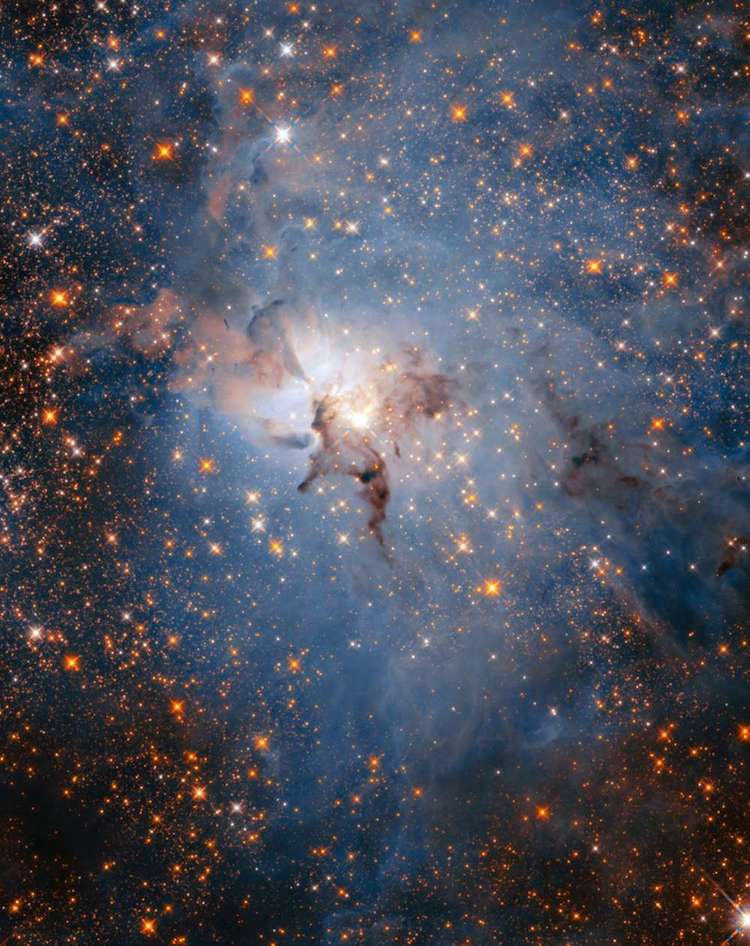 Infrared view of the Lagoon Nebula

NASA has released two views of the Lagoon Nebula as part of the birthday celebration. A colorful visible-light image that shows the swirling ridges of dust and gas, as well as an infrared image that allows us to see through the gas into the bright stars. NASA points out that scientists use the infrared images to help “penetrate vast clouds of gas and dust to uncover hidden gems.”

Watch as the Hubble zooms in on the Lagoon Nebula.

All images via NASA, ESA, and STScI.

Isn't our universe incredible? Share
Like My Modern Met on Facebook
Get Our Weekly Newsletter
Become a
My Modern Met Member
As a member, you'll join us in our effort to support the arts.
Become a Member
Explore member benefits