Artist Constructs Striking Creatures Out of Hubcaps and Scrap Metal 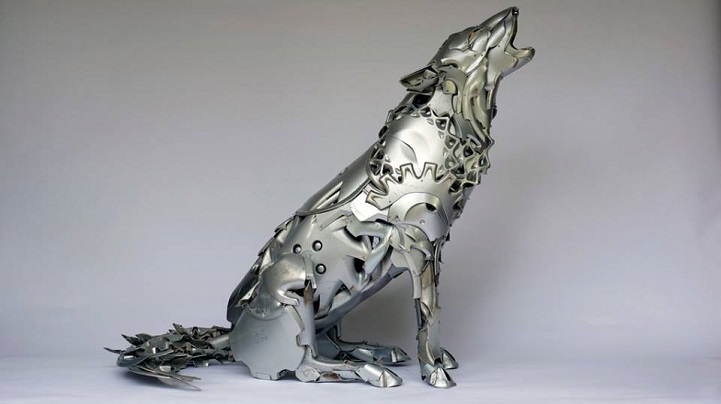 British artist Ptolemy Elrington creates delightful creatures whose formative material is in direct contrast with their natural forms. His artistic venture known as Hubcap Creatures is a “one man company” that prominently features Elrington's animal sculptures, each one built using only salvaged materials. Incorporating a variety of metals into his herd of hardware, he combines a creative eye for clean aesthetics and his skill with malleable materials to create his striking beasts.

Made entirely of recycled scraps, Elrington’s animals bear scars from former lives—scratches in a wolf’s hubcap flank were picked up after being abandoned on the side of the road and a cat's segmented tail is just slightly bent out of shape. For the creative Brit, “these marks add texture and history to the creatures they decorate,” imposing a sense of imperfection on the robotic sculptures and adding to their realism despite the distinctly metallic sheen.

His time-intensive sculptures pose an intriguing look into what separates the natural from the man-made, and they visually explore the similarities and differences between native anatomical components and the cogs and screws which we invent to make our machines function. 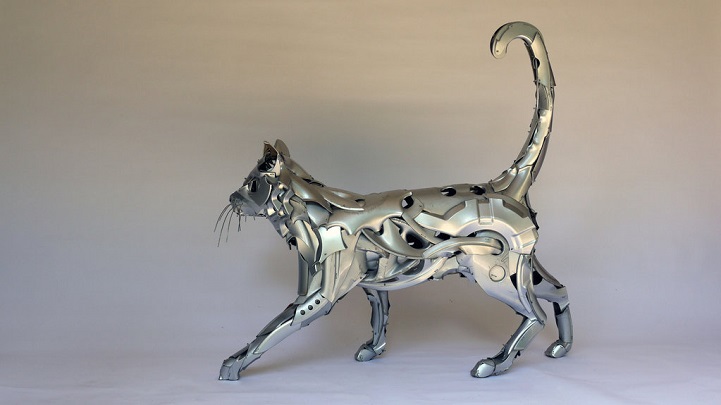 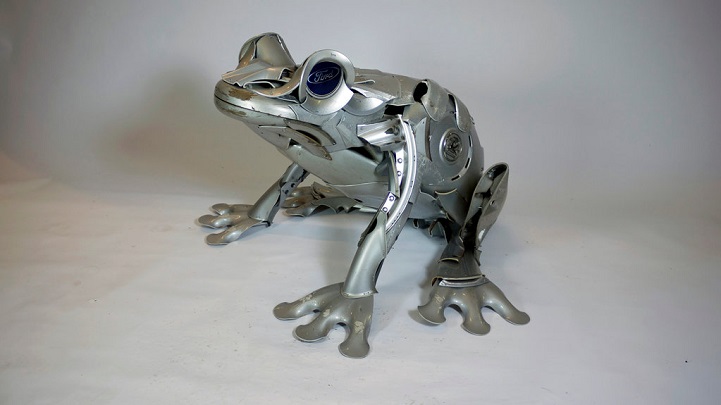 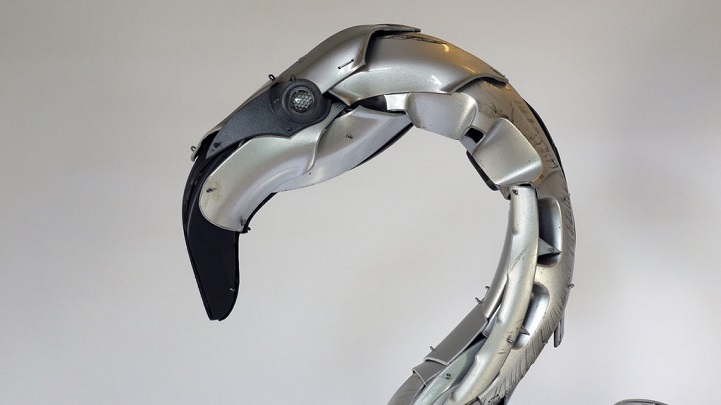 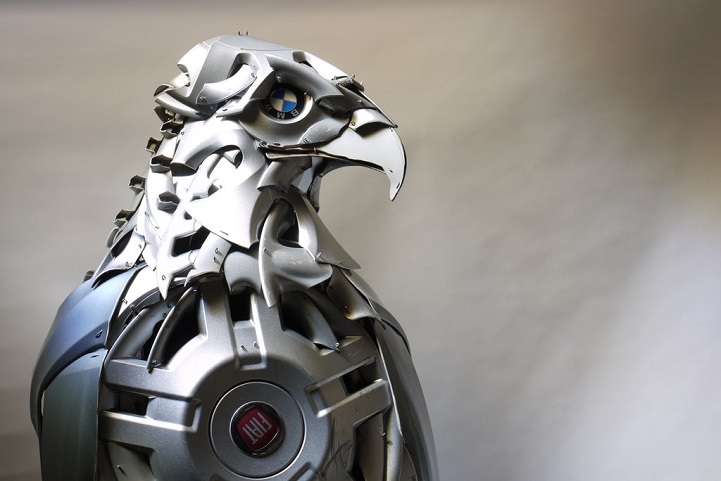 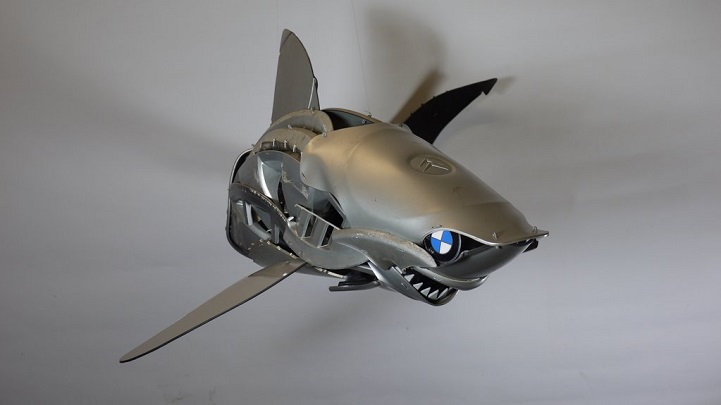 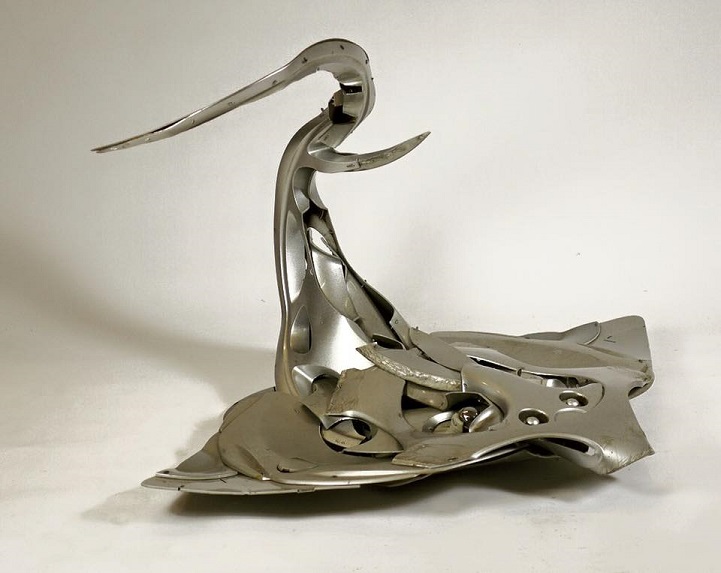 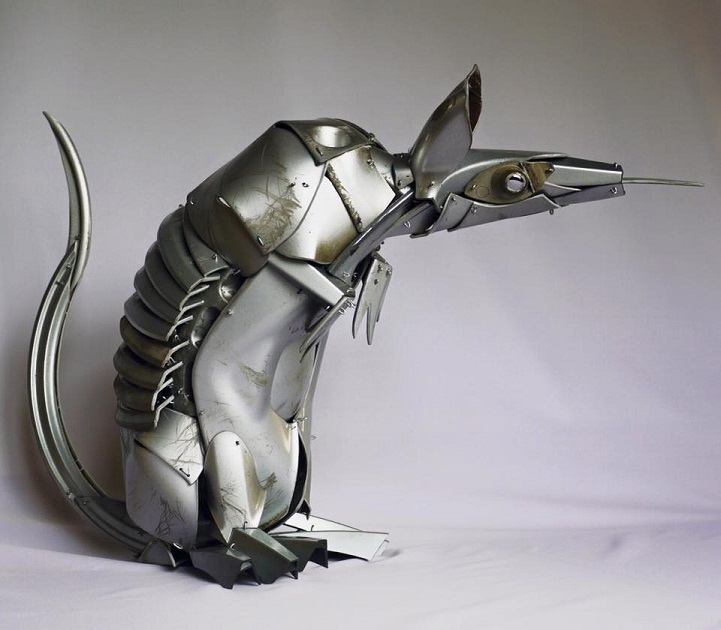 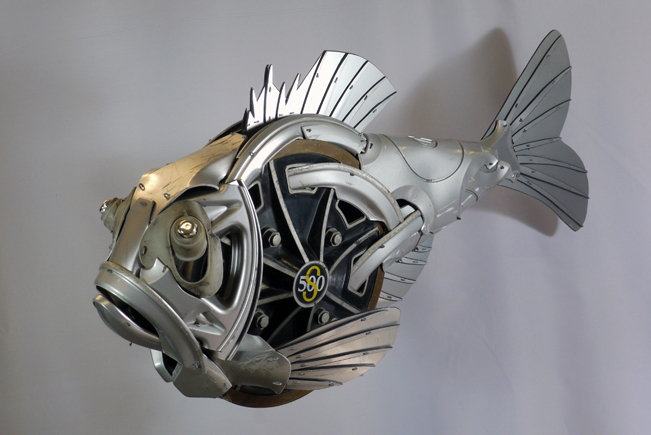 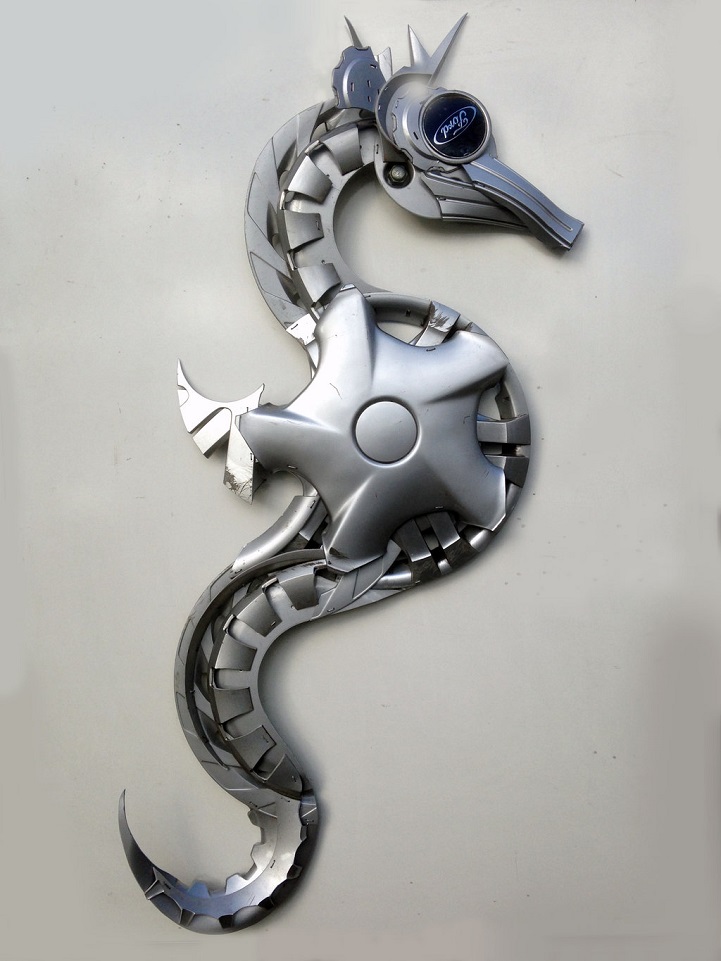 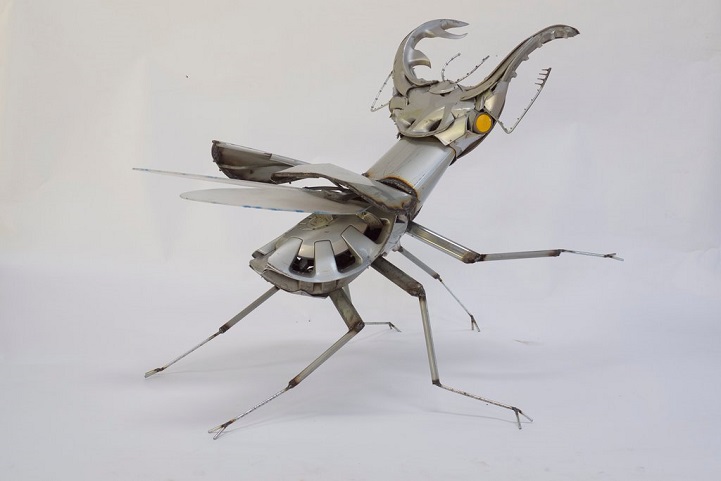