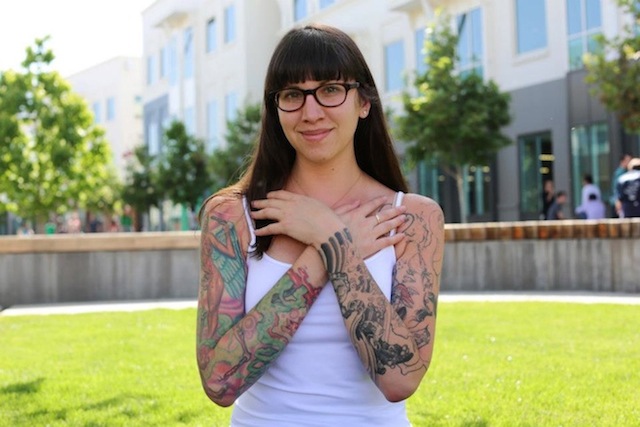 Recently, photographer Brandon Stanton of Humans of New York was recognized for his incredible storytelling ability. HONY received this year's Webby Award for Best Use of Photography. To us, no one deserved it more.

This week, Stanton went to San Francisco and, while there, visited Facebook's sprawling headquarters. He took 20 different portraits, and accompanied each photo with that person's story. What immediately comes to light is the incredible diversity at the company. Read through the stories, however, and notice the common struggles they face, their ability to freely express their individuality, and the overall feelings of hope they have to change the world, today.

Above: “I was a theology major. My left arm depicts creation– Eve, the snake, all that. My right arm depicts the end– you know… Gabriel, The Devil, those things.” – Jessica Zollman 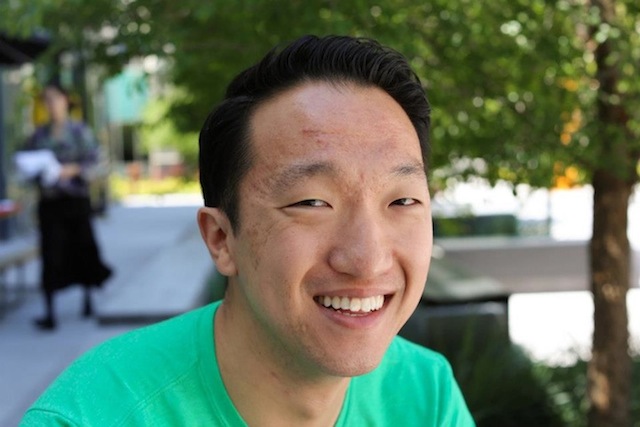 “My parents were missionaries, so I grew up all over. I've lived in New York, Los Angeles, Budapest, Vienna, and Moscow. And most of my friends were from expat families, so they've moved on. My home is on Facebook now because it's hard for me to go home– if that makes sense. Because my home was not a place. My home was a time, and a place.” – Jon Park 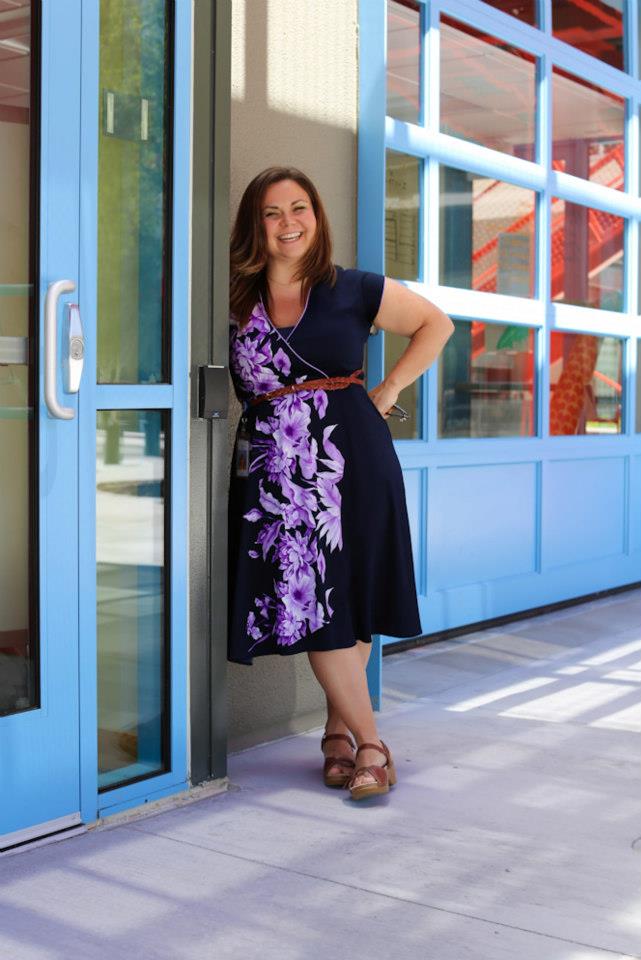 “What's been the biggest surprise of parenthood?”
“How much they're like you. I didn't realize I'd be raising myself.” – Aria Marinelli 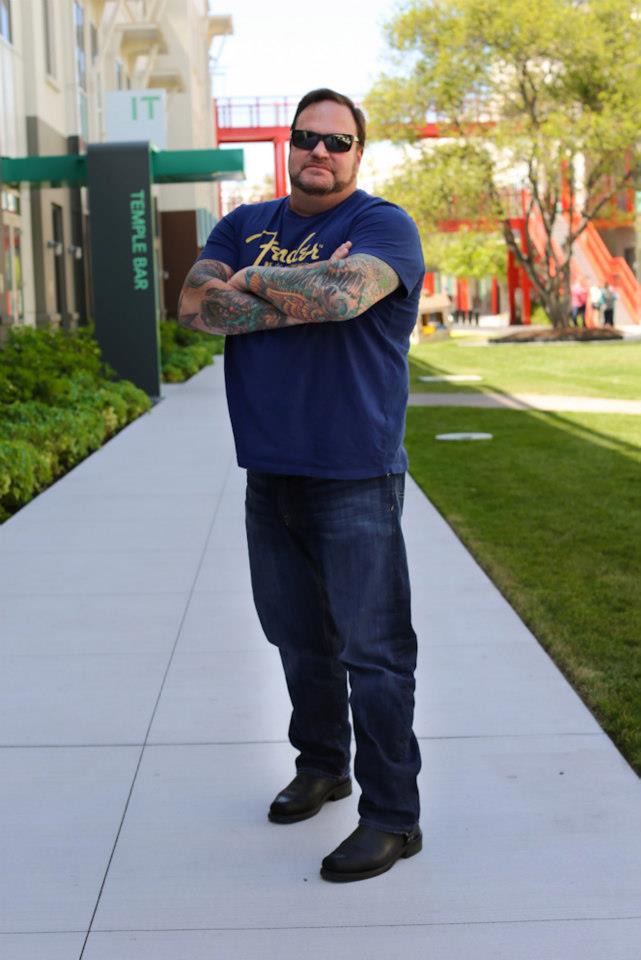 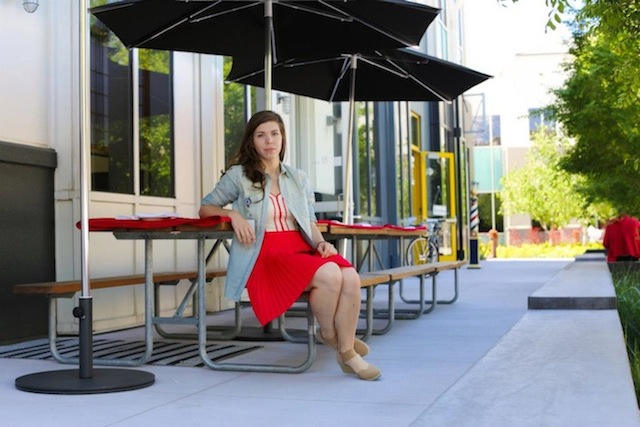 “What do you miss most about the Midwest?”
“Family, familiarity, certain details.”
“What details in particular?”
“Well one thing– the women have thighs.” – Allie Townsend 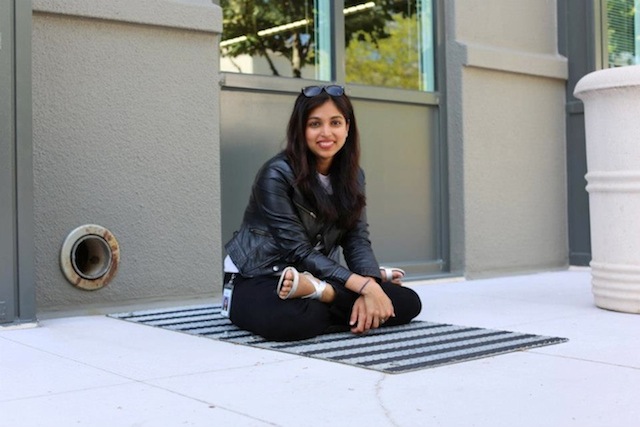 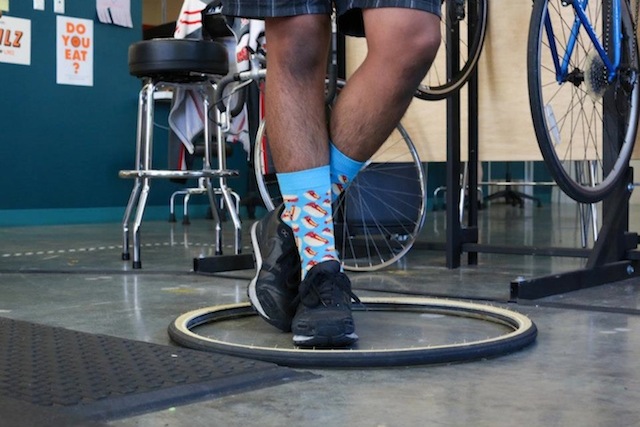 “I collect socks. I have about 40 pairs.”
“Which socks get the most comments?”
“Definitely my Virgin Mary socks.” – Bernardo Martinez 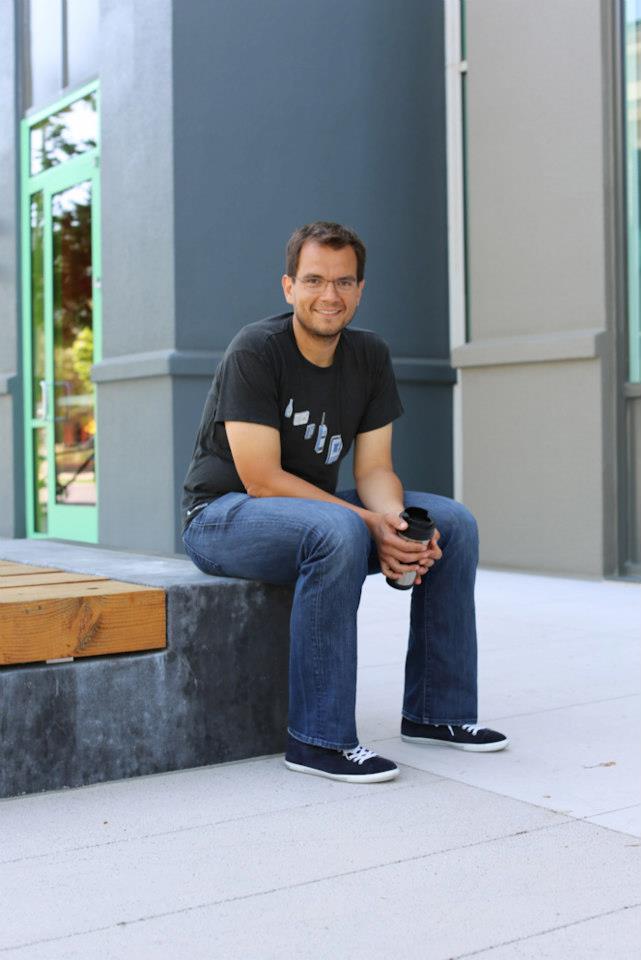 “If you could give one piece of advice to a large group of people, what would that piece of advice be?”
“It's easier to change the world than you think. But most people don't have the balls to try. Except don't say ‘balls.' Say ‘courage' instead.”