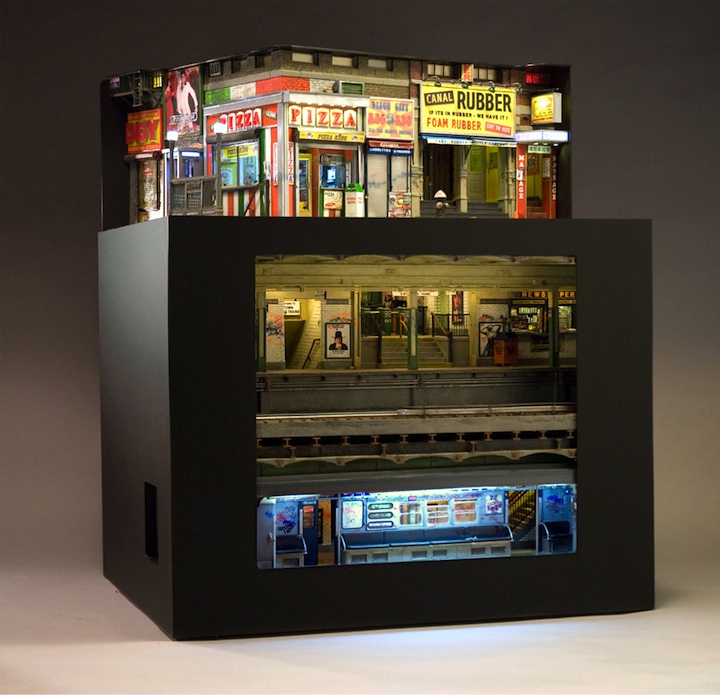 Artist Alan Wolfson recently completed an incredibly detailed miniature sculpture that will make you do a double take! Called Canal St. Cross-Section, the tri-level piece pays homage to one of the most famous streets in New York City. Canal Street is not just a major thoroughfare connecting Brooklyn and New Jersey, it's a major street known for its busy commercial district, old school storefronts and Chinatown, where knock-off bags are a dime a dozen.

“I wanted to build a piece that resembled a core sample of a city street,” he says. “As though you took a street, dug it up, and lifted it straight off the earth. Canal St. Cross-Section is a combination of five major pieces built into one box. There's a street scene on the top with a subway entrance on the corner. Looking down into the subway entrance, you are led to the two subterranean levels of the piece, both of which have intersecting cross views visible through the small windows on the sides of the piece.”

This one piece took the artist 18 months to complete from start to finish. See it from all angles below. 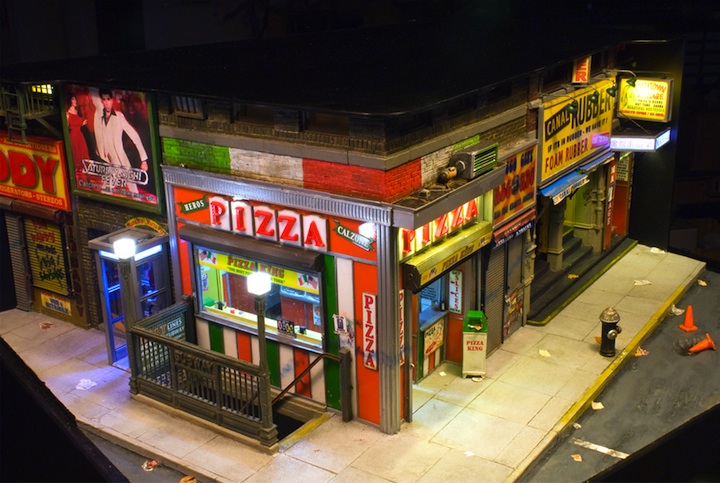 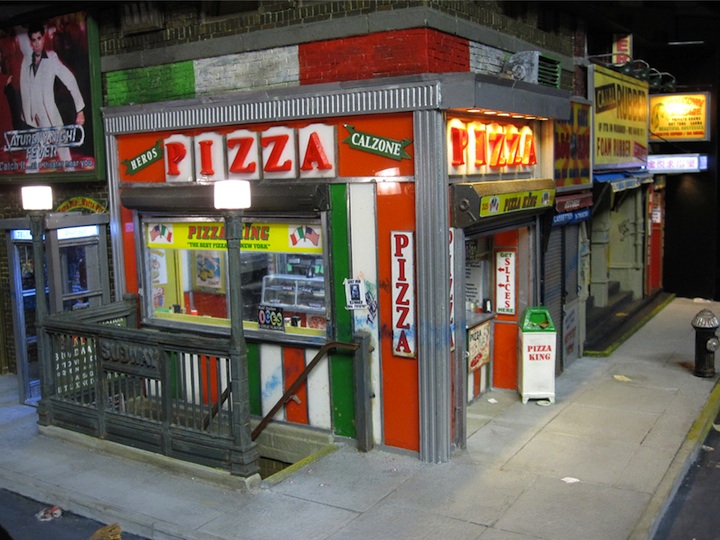 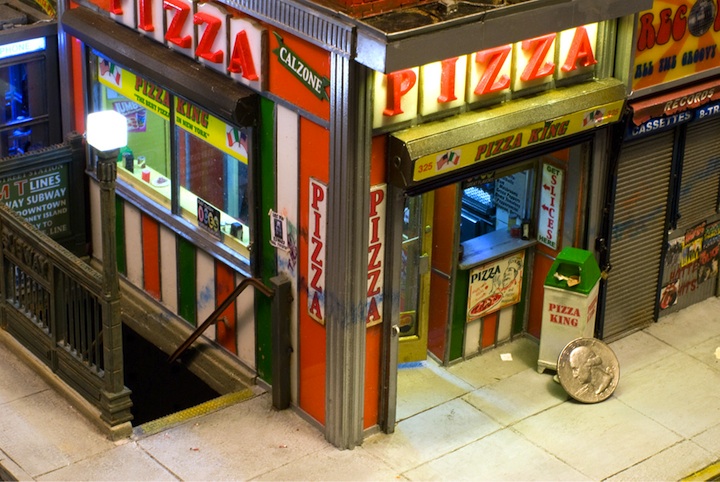 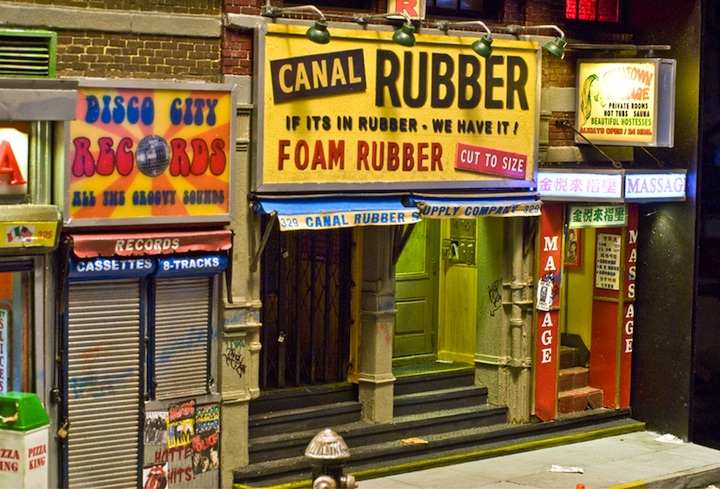 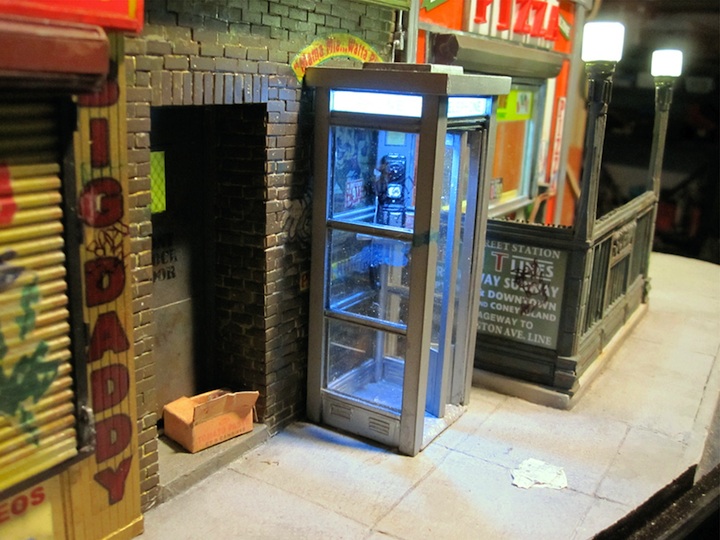 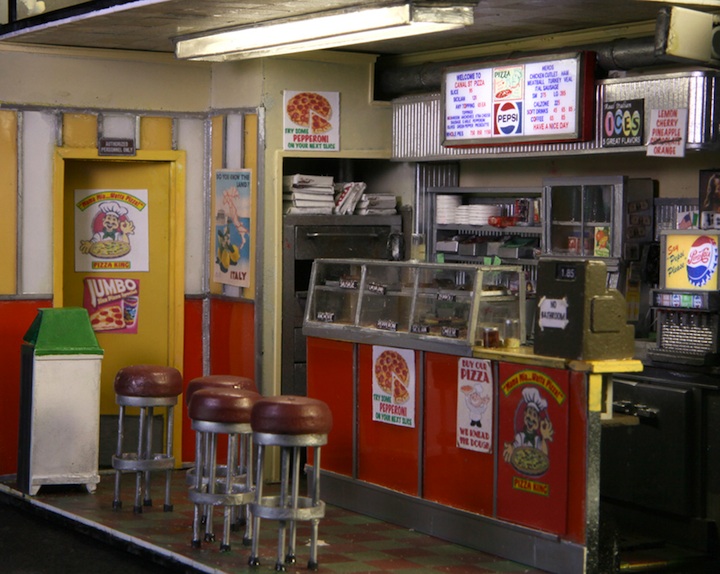 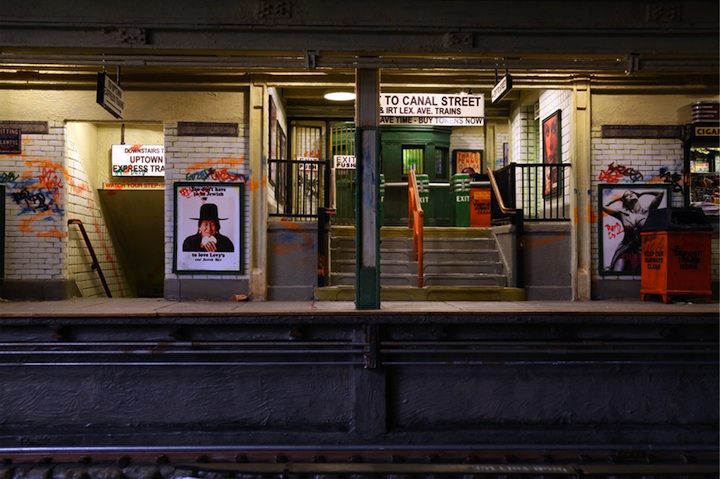 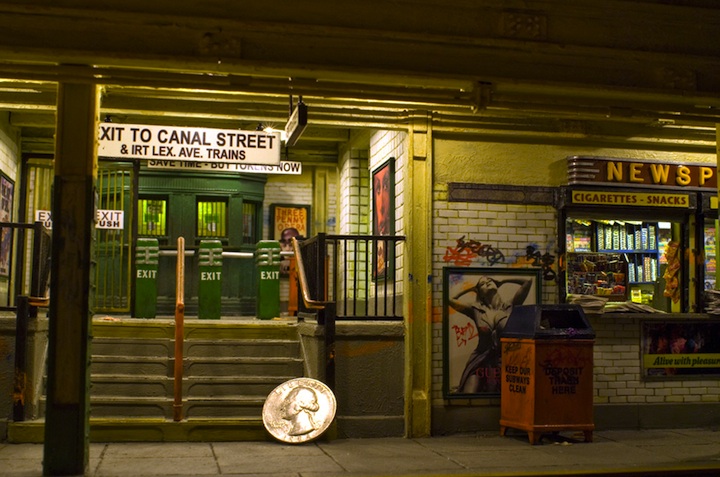 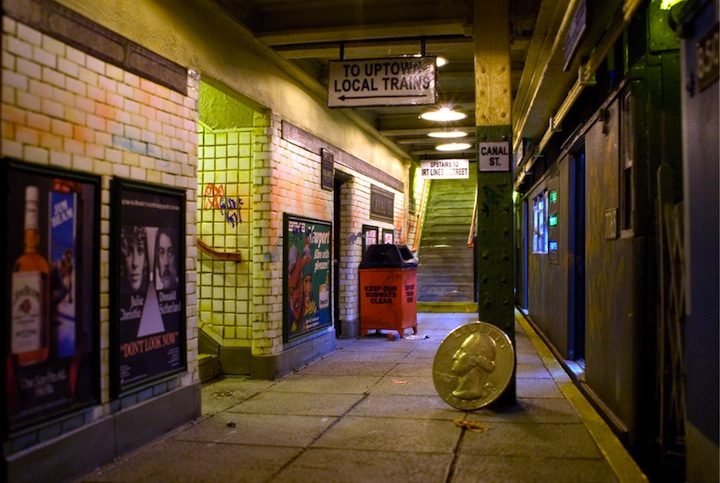 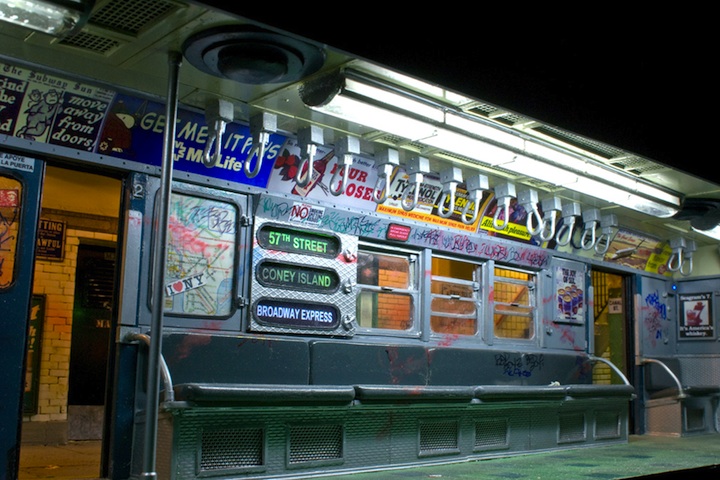 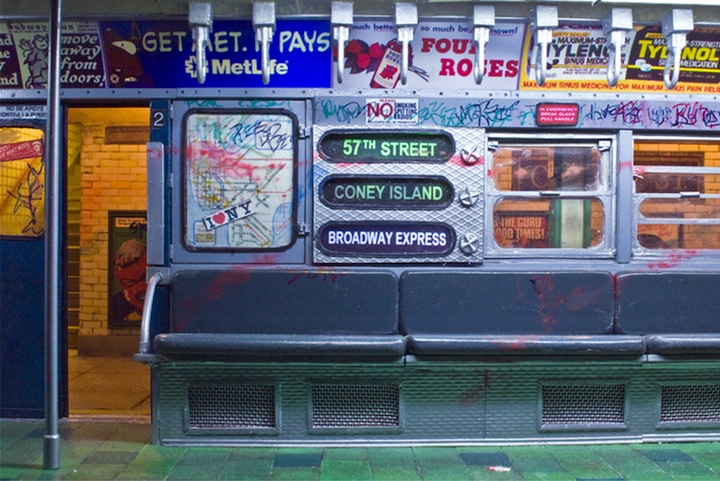 It's interesting to note that Wolfson purposely leaves his scenes empty of people. As he says, “There are never people present, only things they have left behind; garbage, graffiti, or a tip on a diner table, all give the work a sense of motion and a storyline.” Amazing.

(Did you notice the purposely placed quarters?) Alan Wolfson's website