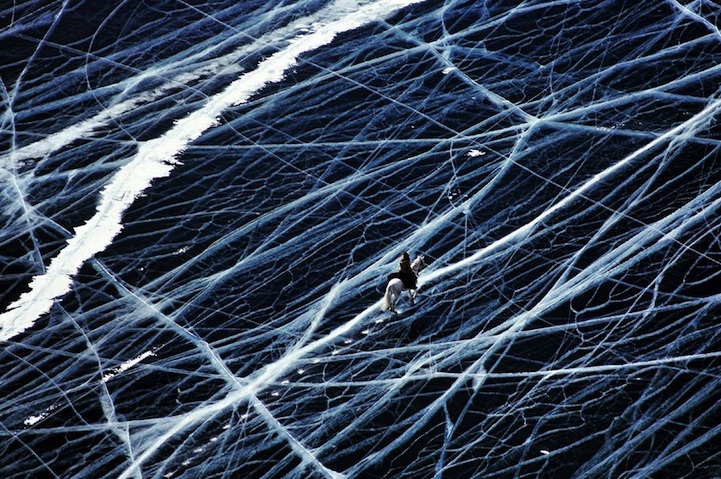 French photographer Matthieu Paley is the person behind this almost unbelievable photo called Ice Rider. It was taken in Siberia.

“A bird's eye view of Lake Baikal, the world's largest fresh water lake,” writes Paley on his website. “During winter the ice is up to 1.5 metres thick, allowing trucks and animals to cross safely. The white lines are cracks in the ice and as temperatures change these emit loud shuddering noises, reinforcing the eerie atmosphere.”

Lake Baikal holds many titles. It's not only the world's oldest lake at 25 million years old, it's also the deepest and among the most clearest lakes in the world. For almost five months a year, it's covered with ice.

Paley just came out with a new book called Pamir: Forgotten on the Roof of the World. The images, taken over the last 10 years, show the rarely photographed world of the less than 1,000 Kyrgyz. They're a small group of people who live in Afghanistan's Pamir mountains, who are practically cut-off from the rest of the world.