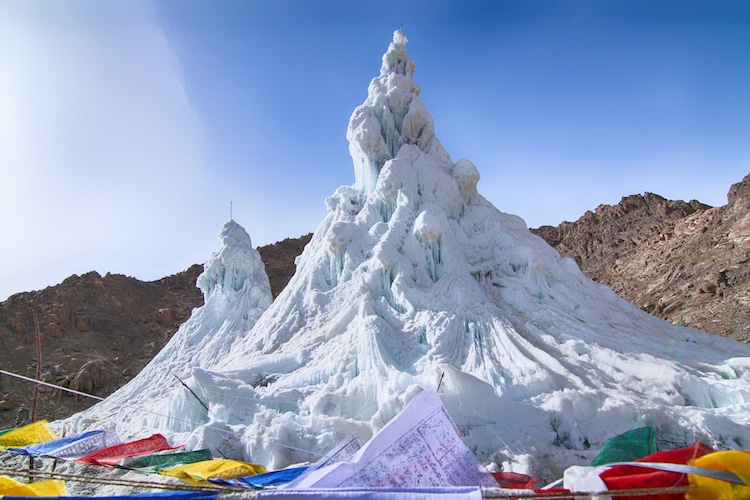 Sometimes the solution to a big problem is quite simple, it just takes some creative thinking. No one proves this better than Sonam Wangchuk, an engineer from Ladakh. This region in north India, nestled high in the Himalayas, suffers from yearly water issues. At times, there's not enough; at other times, flash floods harm crops and endanger the population. Luckily, Wangchuk created a simple, yet ingenious method to solve the area's acute water shortages.

Several years ago, he unveiled ice stupas, created by underground pipes blasting water from the mountains into the air, which then settle into frozen mounds. (The ice stupas are created during the winter, when the cold air instantly freezes the water. This creates cones of snow reaching up to 100 feet in height.) Their conical shapes add a strange figure to the arid landscape, but it allows them to melt slowly over time and compensates for the lack of water that hits the area each April and May.

Why are these ice stupas so important? Traditionally, in the cold desert climate of Ladakh, water is supplied by runoff from the mountains. After the winter snowfall, water trickles down to lower, populated altitudes, providing essential drinking and farming water. But by April and May, the streams run dry, ruining crops. And when the hot summer temperatures causes quick melting, water arrives in excess and sometimes causes flash floods. Water levels even off over the winter, but by that time of year, it's of little use to the farmers. 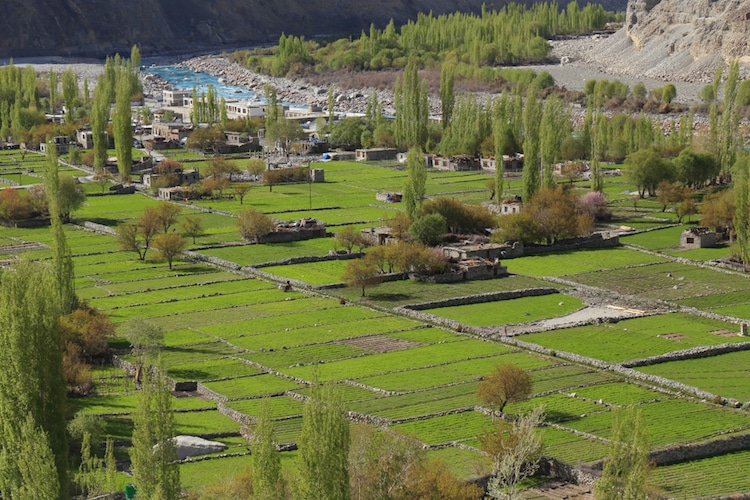 Acute droughts in Ladakh are devastating for farmers. (Photo: Sujitra Chaowdee via Shutterstock

So, in order to balance out the water supply, Wangchuk thought back to a solution proposed a decade ago by Chewang Norphel. Norphel filled artificial lakes on the shaded side of a mountain with water, creating artificial glaciers. The issue with that solution is that it only worked in high altitudes—where no one lived—and the large surface area of the lakes meant that they melted too quickly to be useful for the duration needed.

“The ice needed to be shaded—but how?” he wondered. “We couldn’t have it under a bridge, or use reflectors, which aren’t practical at scale. So we thought of this conical shape: making ice shade itself.”

By switching to a cone structure, Wangchuk limited the surface area of the ice stupa, so only a small portion at a time was exposed to the sun. This dramatically increased the melting time, giving clean water over the long duration. Wangchuk created his first ice stupa in October 2013. It was 20 feet tall and lasted until mid-May, providing almost 40,000 gallons of water. His second stupa, built near a forest, was even larger and kept the population hydrated until July.

In 2016, Wangchuk won a Rolex Award, which helped fund further ice stupas and will be used as seed money for his next project—the Himalayan Institute of Alternatives. Wangchuk hopes the university will be a space where young people from different Himalayan populations can come together to create solutions to the issue these mountain people face. “The world needs real-world universities, ‘doer' universities,” he explained. “We're going to set up one model of it in Ladakh. And if it is successful, we hope it'll have a ripple effect from New Delhi to New York.” 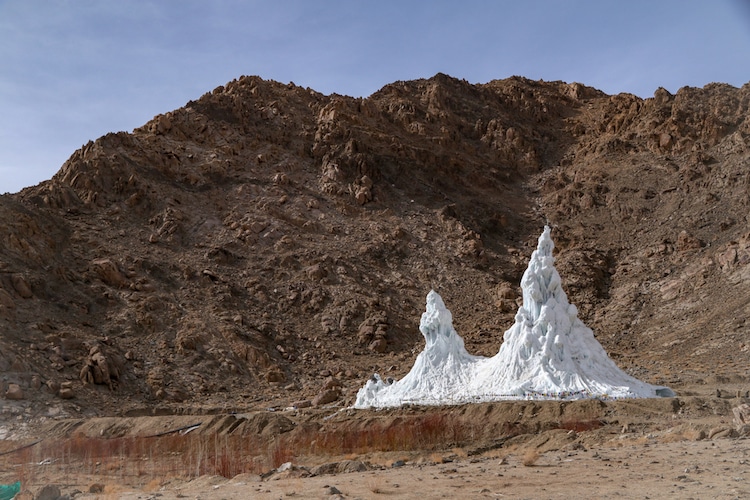 During the winter, underground pipes pump mountain water down to lower temperatures. The below-zero temperatures cause the water to naturally freeze as it falls to the ground, forming a cone.

The cone then melts at a slow rate, ensuring a stream of water that lasts through the entire season for farmers living in Ladakh. 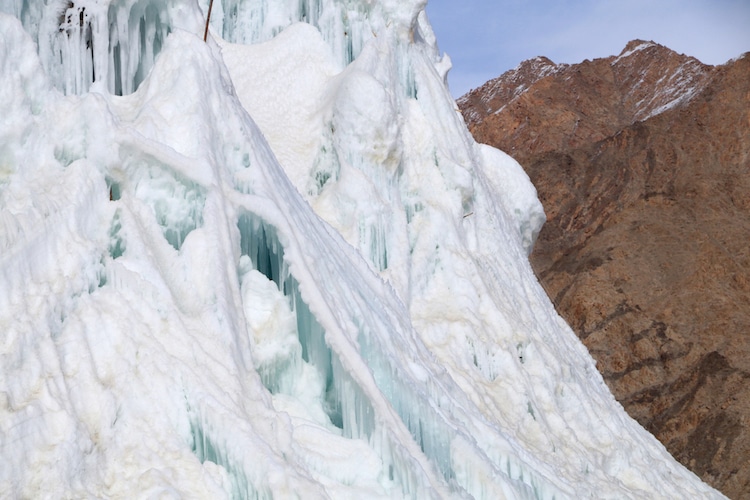 The cones resemble the distinct shape of Buddhist shrines, hence the name stupa. 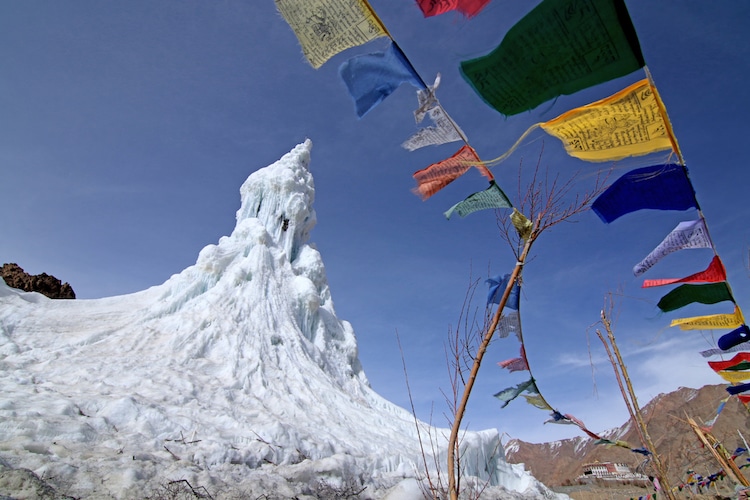 Watch this video to learn more about Wangchuk's simple, effective invention and how it's changing life in Ladakh.

Photographer Documents the Last Hunter-Gatherer Tribe of the Himalayas

Enchanted by this clever idea?