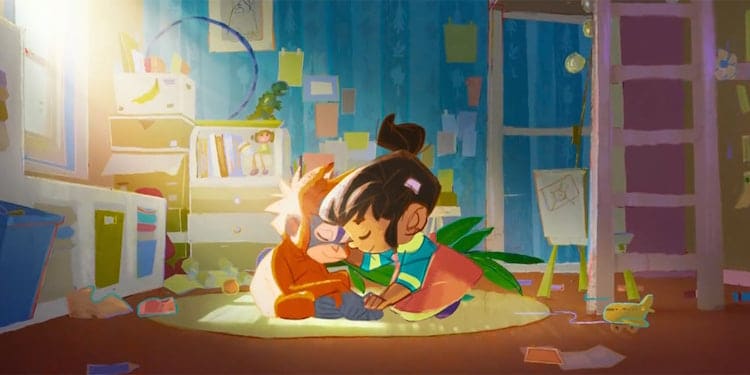 British supermarket chain Iceland recently had their Christmas commercial banned from airing on television after it had been deemed to breach political advertising rules. As part of a wider campaign in partnership with Greenpeace, the short animation made by creative agency Mother tells the heartbreaking story of a baby orangutan called “Rang-tan” who shows up in a little girl’s bedroom after escaping rainforest destruction caused by palm oil growers.

Palm oil can be found in almost everything, including shampoo, detergents, and food products. Its production causes great environmental damage and is estimated to result in the death of 25 orangutans every day, wiping out their entire habitats, and driving them to extinction. Narrated by Emma Thompson, the Rang-tan animation was made to raise awareness on the issue and to pressure major brands to keep their promise to remove palm oil from their supply chains by 2020. Being one of the pioneering companies to do so, Iceland got permission to use the film as part of their Christmas campaign. Iceland’s founder Malcolm Walker said, “It would have blown the John Lewis ad out of the window. It was so emotional.”

Clearcast—the company responsible for vetting ads before they are broadcast to the public—said the conservation ad breached the rules of the 2003 Communications Act. “Clearcast and the broadcasters have to date been unable to clear this Iceland ad because we [are] concerned that it doesn’t comply with the political rules of the BCAP code,” said a spokeswoman for the company. “The creative submitted to us is linked to another organisation who have not yet been able to demonstrate compliance in this area.”

However, since tweeting about the issue, Iceland’s Rang-tan animation has been viewed and shared by millions of online supporters. On Twitter, many celebrities have been petitioning in favor of the ad, including comedian and TV host James Corden, who tweeted “I think everyone should see it.” Meanwhile, a Change.org petition—created in support of the ad and it being televised—has gained more than 700,000 signatures.

“It’s been fantastic to see the story being widely shared and an overwhelmingly positive response for what is a really important message,” said Iceland marketing director Neil Hayes. “We’ve been able to reach a huge number of customers without TV advertising, thanks to the level of support from campaigners, celebrities, the media and of course the public.”

This emotional Iceland commercial was banned from airing on TV after it had been deemed to breach political advertising rules. 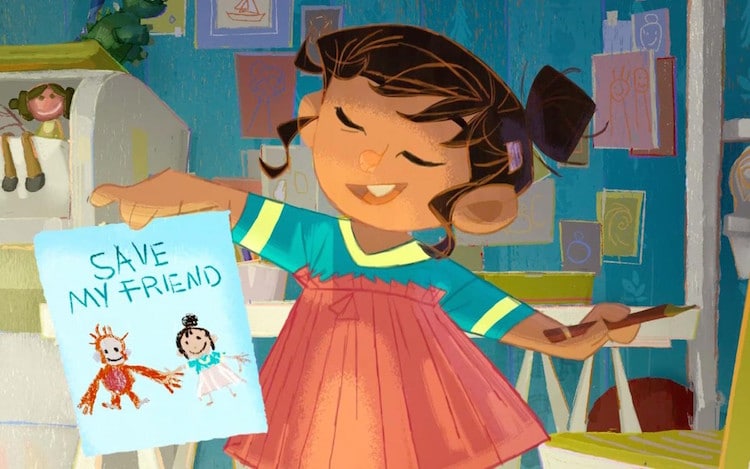 However, since tweeting about the issue, Iceland’s Rang-tan animation has been viewed and shared by millions of supporters, including many celebrities.

You won’t see our Christmas advert on TV this year, because it was banned. But we want to share Rang-tan’s story with you… 🎄 🐒
Will you help us share the story?https://t.co/P8H61t6lWu

This commercial was banned from TV for being too political. I think everyone should see it x pic.twitter.com/ns2XnGSnv6

Why why why? It's crazy that the @IcelandFoods ad was banned for being ‘too political' because it shows how deforestation for palm oil, has brought orangutans to the brink of extinction.See it: https://t.co/FlXxNg0LZy or tap in ‘iceland banned advert'.Showed my kids today. Share pic.twitter.com/W7npkG9S5I

Kudos to @IcelandFoods for taking the lead on this important climate issue – palm oil use killing 25 orangutans per day. This advert banned on political grounds. Not sure who they think will be offended, so, feel free to RT. https://t.co/wH5a7XGGsA

All images via Iceland.