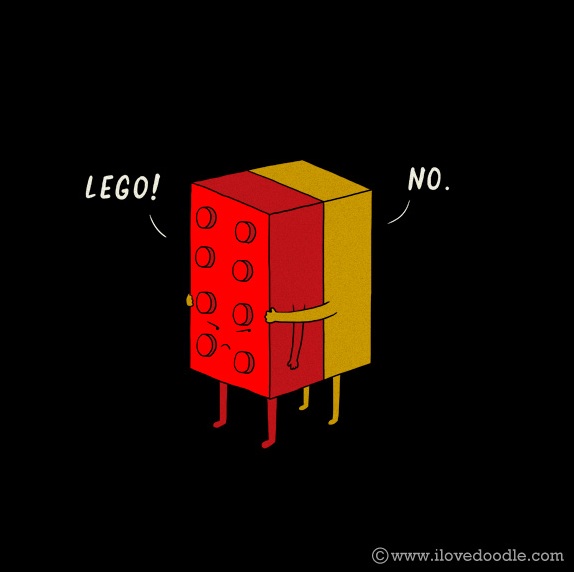 Heng Swee Lim (aka I Love Doodle) just released a new illustration that's just too cute and clever not to share. Called “I'll Never Lego,” it shows two LEGO bricks joined together with one saying, “LEGO!” and the other saying, “No.” The print is now available at Etsy.