Abstract Expressionism is an American art movement—the first to explode on an international scale—that started after World War II. It solidified New York as the new center of the art world, which had traditionally been based in Paris. The genre developed in the 1940s and 1950s, though the term was also used to describe work by earlier artists like Wassily Kandinsky. This style of art takes the spontaneity of Surrealism and injects it with the dark mood of trauma that lingered post-War.

Jackson Pollock is a leader of the movement, with his drip paintings spotlighting the spontaneous creation and gestural paint application that defines the genre. The term “Abstract Expressionism,” though closely married to Pollock’s work, isn’t limited to one specific style. Work as varied as Willem de Kooning’s figurative paintings and Mark Rothko’s color fields are grouped under the umbrella of Abstract Expressionism.

Rising up in the 1950s, Pop Art is a pivotal movement that heralds the onset of contemporary art. This post-war style emerged in Britain and America, including imagery from advertising, comic books, and everyday objects. Often satirical, Pop Art emphasized banal elements of common goods, and is frequently thought of as a reaction against the subconscious elements of Abstract Expressionism.

Roy Lichtenstein’s bold, vibrant work is an excellent example of how parody and pop culture merged with fine art to make accessible art. Andy Warhol, the most famous of the Pop Art figures, helped push the revolutionary concept of art as mass production, creating numerous silkscreen series of his popular works. 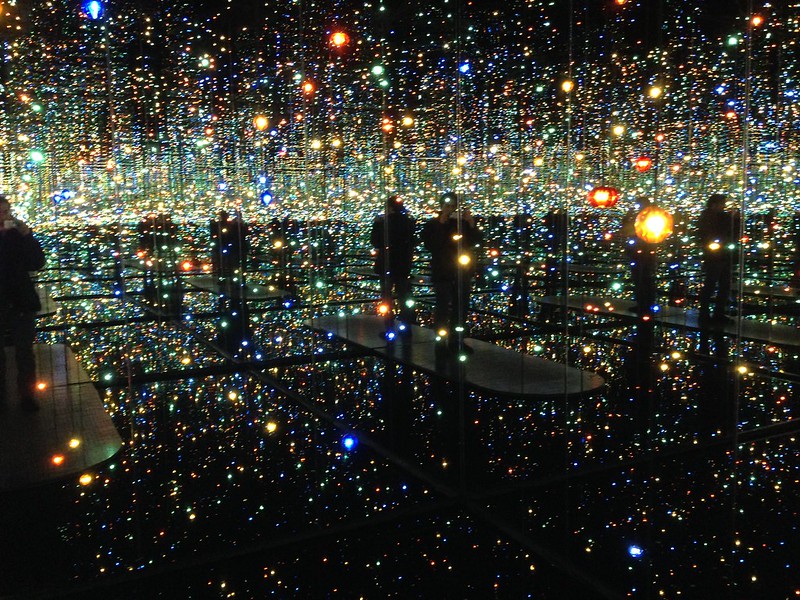 “The Souls of Millions of Light Years Away” by Yayoi Kusama

In the middle of the 20th century, avant-garde artists in America and Europe began producing Installation Art. Installations are three-dimensional constructions that play with space to interactively engage viewers. Often large-scale and site-specific, these works of art transform museums, galleries, and even outdoor locations into immersive environments.

The seemingly contemporary art movement actually has its roots in Impressionism, when artists first began attempting to express movement in their art. In the early 1900s, artists began to experiment further with art in motion, with sculptural machine and mobiles pushing kinetic art forward. Russian artists Vladimir Tatlin and Alexander Rodchenko were the first creators of sculptural mobiles, something that would later be perfected by Alexander Calder.

In contemporary terms, kinetic art encompasses sculptures and installations that have movement as their primary consideration. American artist Anthony Howe is a leading figure in the contemporary movement, using computer-aided design for his large-scale wind-driven sculptures. 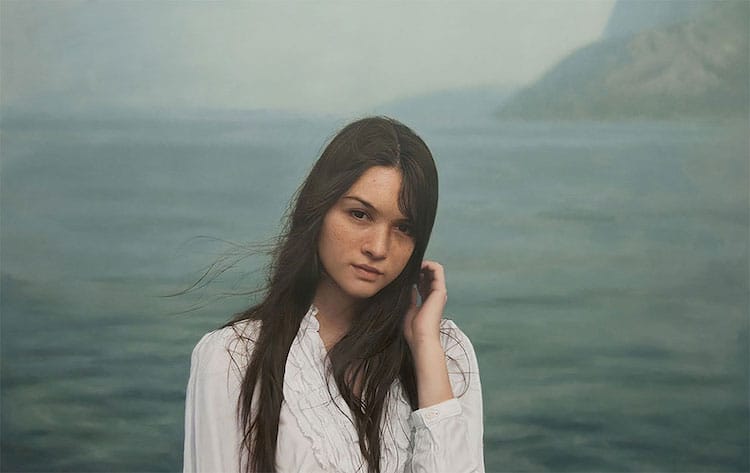 Photorealism is a style of art that is concerned with the technical ability to wow viewers. Primarily an American art movement, it gained momentum in the late 1960s and 1970s as a reaction against Abstract Expressionism. Here, artists were most concerned with replicating a photograph to the best of their ability, carefully planning out their work to great effect and eschewing the spontaneity that is the hallmark of Abstract Expressionism. Similar to Pop Art, Photorealism is often focused on imagery related to consumer culture.

Early Photorealism was steeped in nostalgia for the American landscape, while more recently, photorealistic portraits have become a more common subject. Hyperrealism is an advancement of the artistic style, where painting and sculpture are executed in a manner to provoke a superior emotional response and to arrive at higher levels of realism due to technical developments. A common thread is that all works must start with a photographic reference point.

Lowbrow, also called pop surrealism, is an art movement that grew out of an underground California scene in the 1970s. Traditionally excluded from the fine art world, lowbrow art moves from painted artworks to toys, digital art, and sculpture. The genre also has its roots in underground comix, punk music, and surf culture, with artists not seeking acceptance from mainstream galleries. By mixing surrealism imagery with pop colors or figures, artists achieve dreamlike results that often play on erotic or satirical themes. The rise of magazines like Juxtapoz and Hi-Fructose have given lowbrow artists a forum to display their work outside of mainstream contemporary art media.