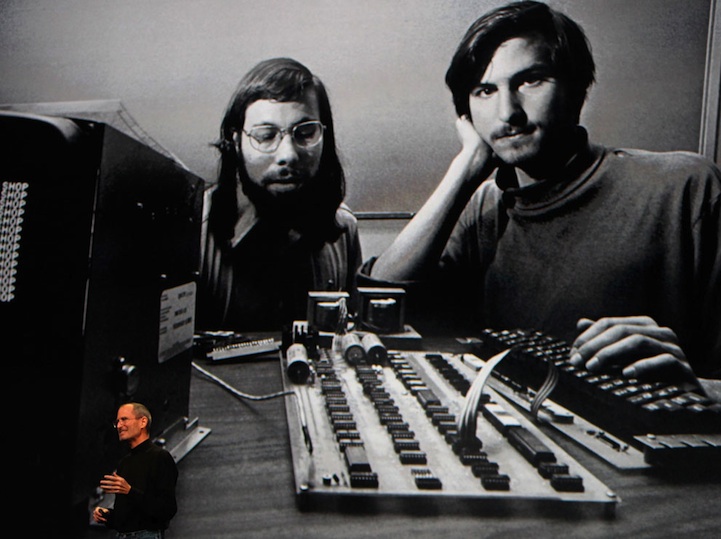 In Focus has put together a wonderful photographic tribute to Steve Jobs. It includes this photo of Jobs standing beneath an old picture of him and Apple co-founder Steve Wozniak. Taken during the company's early days, it's nicely juxtaposed with an older Jobs – still full of the same hope, courage and determination as he launches the iPad on January 27, 2010.