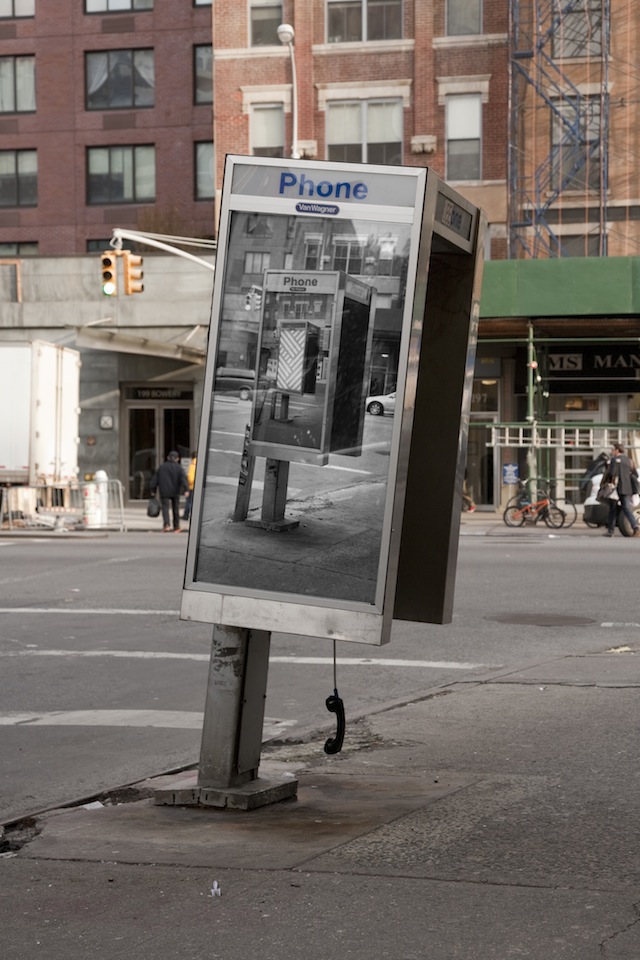 While this Inception-style piece of public art is trippy enough, know the backstory and you'll appreciate it even more. Artist Jordan Seiler of Public Ad Campaign is known for taking over public spaces that's run over with advertising. Back in 2008, he created a public installation, on New York's Spring and Bowery phone booth, where he placed his signature weave pattern on the sides of the booth. After it was taken down, he decided to put up another installation, this time with a photo of the last takeover.

Towards the end of last year, Seiler noticed it was taken down again, so this time he put up a photo of the previous photo. (How many levels deep would that make it?) Love how in the last photo, the telephone is ominously hanging. How far can he take this? Only time will tell.

As he says, “In an effort to continue making work that makes viewers question the image and thus question the venue, I started a series of re-installations at this site. More in this series to come.” 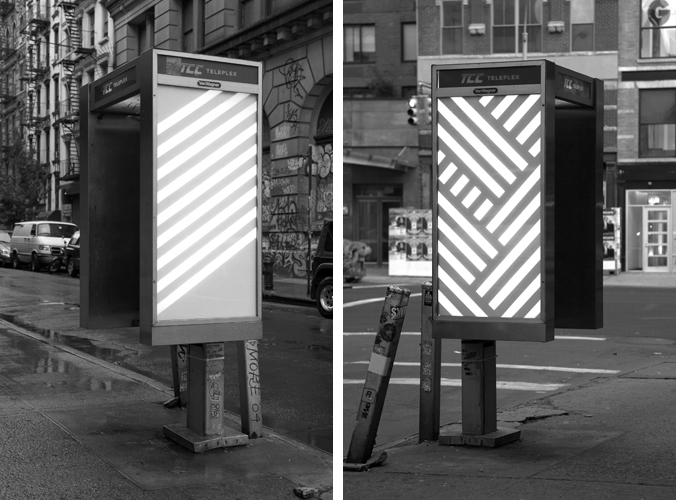 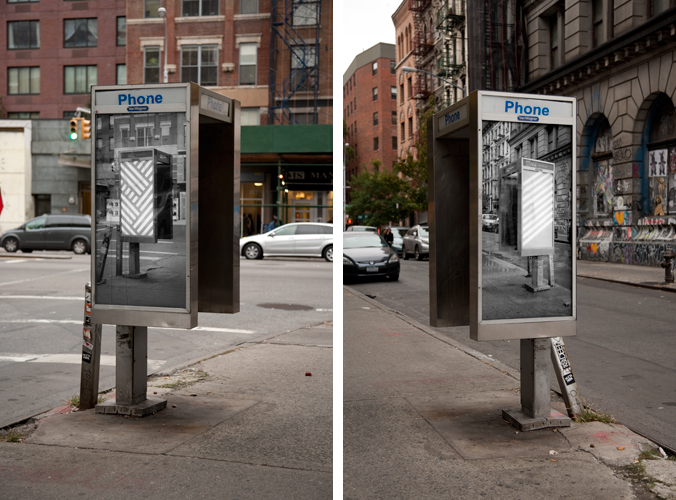 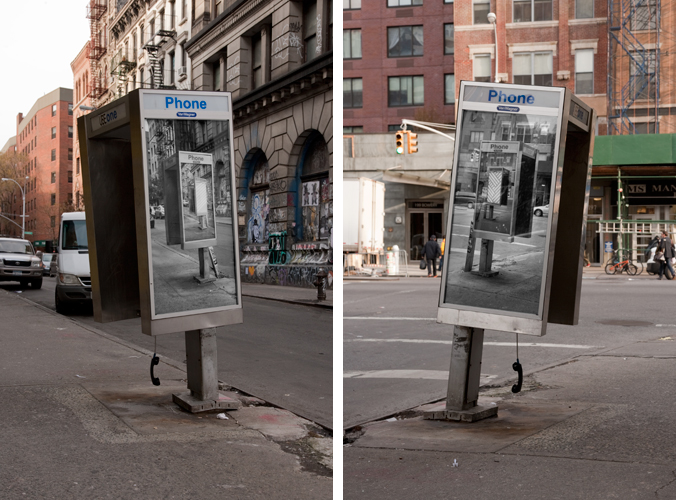 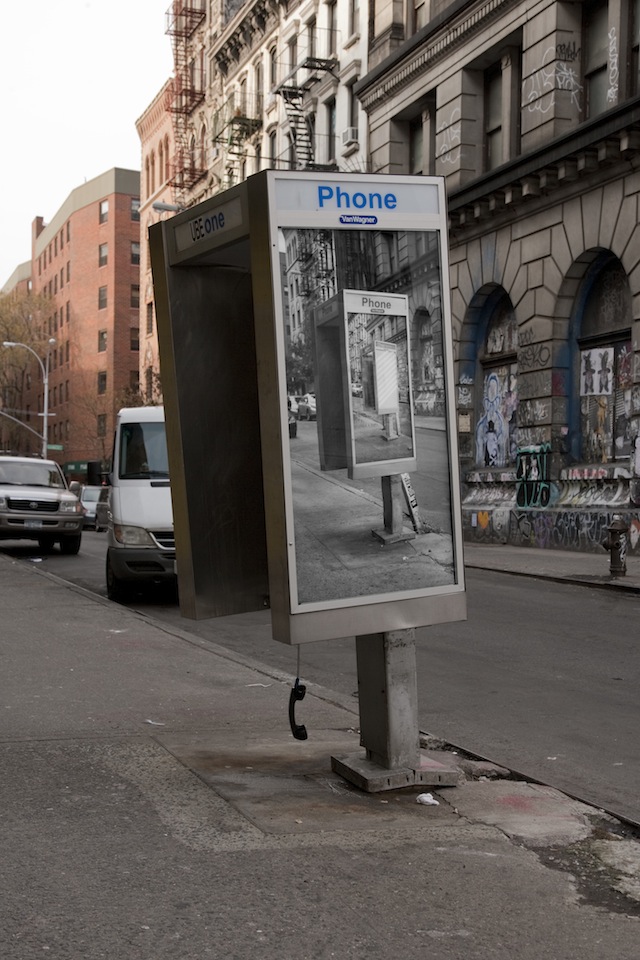