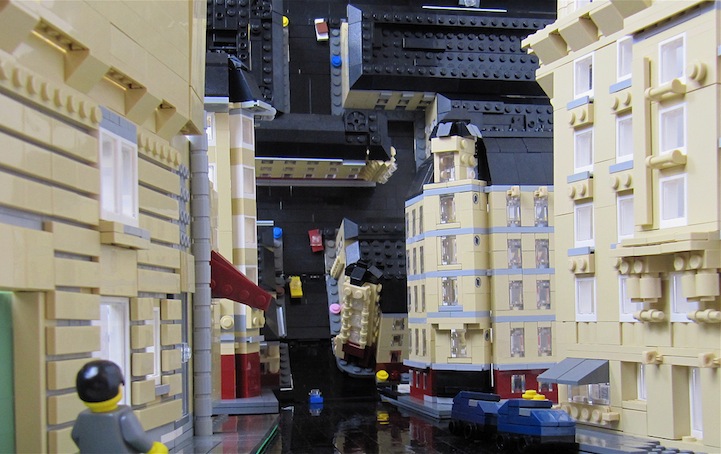 A couple weeks ago, we looked at a few Inception-inspired LEGO scenes. Well, this latest recreation by flickr user -infomaniac- blows them all out of the water. Not only is it perfectly executed, it recreates the most impressive visual effect of the movie using forced perspective. “I fell in love the second it started,” -infomaniac- says. “I really wanted to build something from this movie, to show my devotion. I was considering the elevator scene, until I saw that a few builders way better than I had already done that part. I settled on the scene where gravity alters a city street.” -infomaniac-